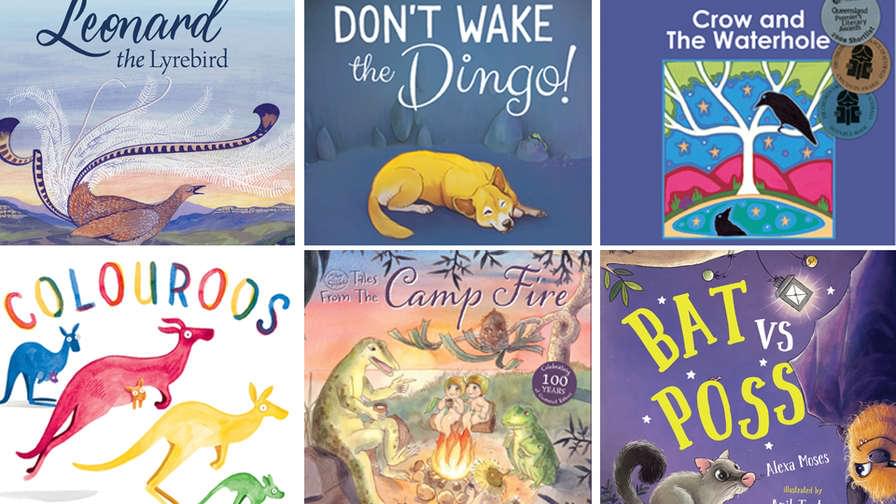 As some much-needed rain eases the bushfires still raging across the country, our hearts go out to the families and bush creatures who have lost their homes. With that in the background, we'd like to celebrate all the amazing animals and birds that live in the Australian bush, who have been brought to life in this collection of thoughtful, sweet, funny stories.

If you'd like to help out our furry friends, you can donate to one of these organisations:

These are the larger organisations, but there are also many smaller sanctaries and rescue centres that need help. If you do a quick google search, you'll probably find your local one.

Tune in for Story of the Week every evening at 5pm, or listen to the stories below.

In the Blue Mountains to the west of Sydney, lives Leonard the Lyrebird who loves to sing! He can imitate any sound, from kookaburras to jackhammers, but when he meets Lilah, she asks him to sing something extra special... Written by Jodie McLeod, illustrated by Eloise Short. Read by writer and musician, Donné Restom.

The Story of Malian told by Darren Compton

A traditional Aboriginal teaching story about Malian, which means wedge-eagle tailed eagle in the Gamilaraay or Kamilaroi language. Told by Darren Compton who is a dancer, performer and educator, and a proud descendent of the Yuin, Bundjalung, Munanjali, Gamillaraay and the Murray Island nations.

Crow and the Waterhole

Crow struggles with self-perception, but while helping others she discovers her true self. Written and illustrated by Ambelin Kwaymullina from the Palyku people of the Pilbara region of Western Australia. Read by Katie Beckett, actor, playwright and proud Murawarri/Yuggerah woman.

Meek the possum and her three sisters live happily in a sprawling paperbark tree with a bunch of other animals, until one night a noisy, selfish fruit bat called Squabbles moves in. He's so obnoxious that none of the animals can sleep! Find out what happens in this hilarious book by Alexa Moses, illustrated by Anil Tortop. Read by Buzz the Bandleader from Lah-Lah's Big Live Band.

Seeking shelter from a wild storm, a few sodden animals sneak anxiously past sleeping Dingo. But what will happen when he wakes up? Written by award-winning Australian First Nations author and illustrator Sally Morgan, from the Palku and Nyamal peoples of the Pilbara in Western Australia. Illustrated by Sarah Boese. Read by Katie Beckett, actor, playwright and proud Murawarri / Yuggerah woman.

Three different groups of thirsty kangaroos  - red, blue and yellow - get to the same waterhole. Each group thinks the other looks strange... but soon they begin to notice what they have in common, and then something wonderful happens. Written and illustrated by Anna McGregor. Read by Dan Sultan, award-winning singer/songwriter and guitarist of Arrernte/Gurindji and Irish descent.

May Gibbs' Tales from the Camp Fire: The Mystery of the Humans

Snugglepot & Cuddlepie encounter a monster Human in the bush! Will he help their friend Mrs Fantail? Based on the stories of May Gibbs, written by Jane Massam. Illustrated by Caroline Keys, inspired by the illustrations of May Gibbs. Read by Lah-Lah & Buzz the Bandleader from Lah-Lah's Big Live Band. 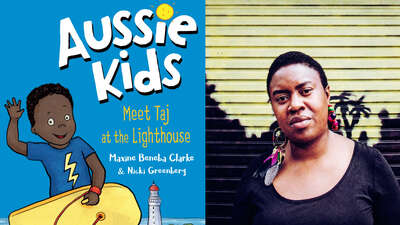 Aussie Kids: Meet Taj at the Lighthouse by Maxine Beneba-Clarke

"We haven't always lived in Australia. Me and my mama and dadda have been on a big journey. I was born far, far away in a sun-hot village, by the… 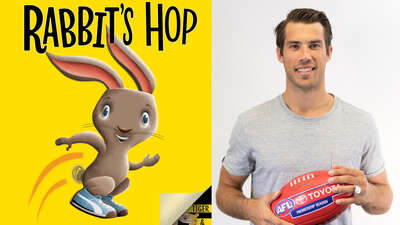 Jack Rabbit loved Rabbit Island. He loved his friends and family and all the little rabbits. He loved being the best at hopping and chomping and (nearly the best) at… 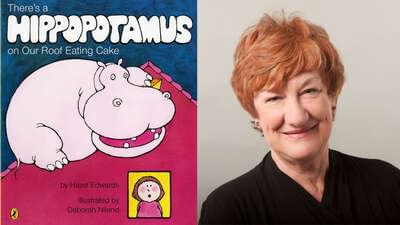 There's a Hippopotamus on Our Roof Eating Cake by Hazel Edwards

On top of the roof, the hippo can do what he likes. He eats cake, watches TV, and doesn't have to go to bed when he's told to. Written from… 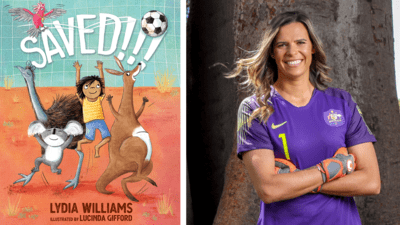 Little Lydia loves playing sport with her animal friends in the Aussie outback. She soon learns that they each have a special talent, and Lydia wants to be the best… 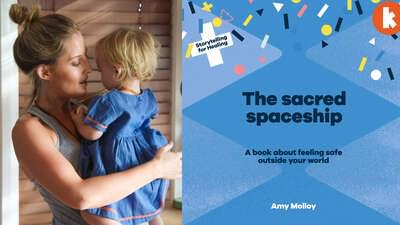 'It can be scary going to a new place for the first time. It can feel strange when you face change of any kind.' So begins The Sacred Spaceship written… 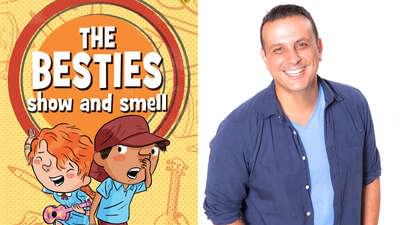 The Besties Show and Smell by Felice Arena

Ruby and Oliver have been besties forever! Ruby can't wait for Show and Tell, but their teacher is away and the fill-in teacher is strict. Will the besties get to…