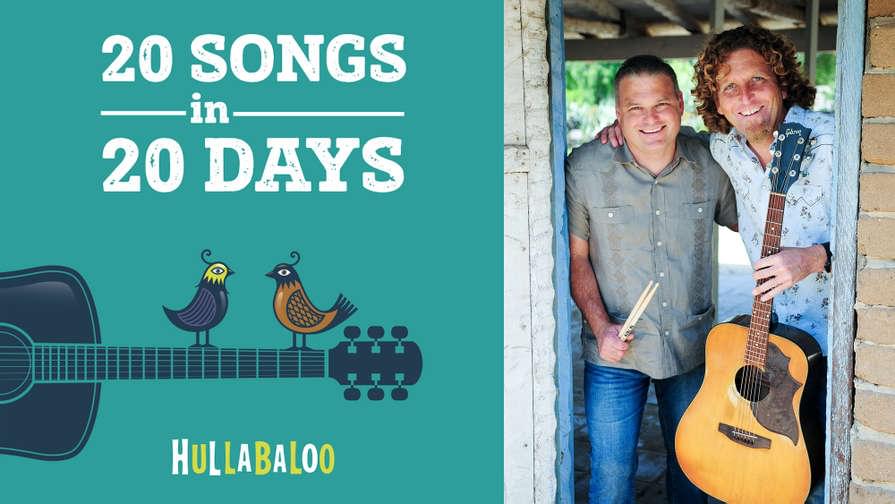 Gather round the campfire! This week’s High Five is a quaint collection of country influenced tunes. It’s 20 Songs in 20 Days by Hullabaloo. The whole beautiful album is the very first time each of these songs were played from beginning to end. So these acoustic sounds are exactly what was originally recorded and they've been left untouched.

“The recordings on this album are hot off the stove. They are literally the first time I successfully played each song from beginning to end. Nothing has been added after the fact," one half of the duo, Steve Denyes, says.

With clever wordplay, there’s a whole range of themes, like a dash of French in 'My Trip to Paris', a DIY musical project in 'My Guitar' and an ode to educators in 'My Music Teacher'. Writing one song a day for 20 days, Hullabaloo has accomplished an impressive creative feat, that is organic yet polished.

Grab the digital-only release on iTunes, CDBaby, Amazon, and other online music retailers. Want to win a copy? Head to the Kinderling Facebook page to enter. 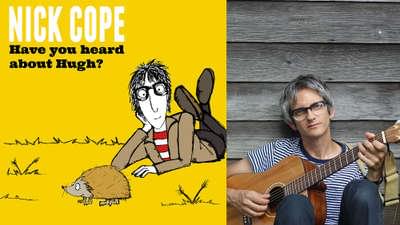 Have You Heard About Hugh? by Nick Cope

We kick off 2019 with a brilliant new album from one of Kinderling’s favourite UK kids' musicians -  Nick Cope Have you heard about Hugh? is Cope’s sixth album…
View top 5 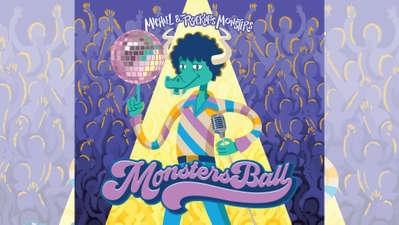 Our last High Five for 2018 is a real hoot It’s Monsters Ball by Michael & The Rockness Monsters! You’ll hear old favourites, plus new energetic dance hits like the…
View top 5 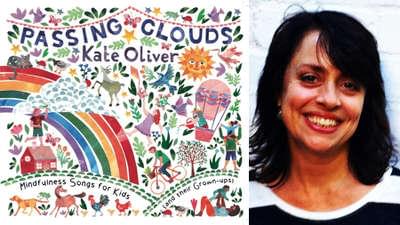 Passing Clouds is an album of mindfulness songs for kids and their grownups, by mindfulness teacher Kate Oliver. Covering themes like our own thoughts, big strong feelings, gratitude and…
View top 5 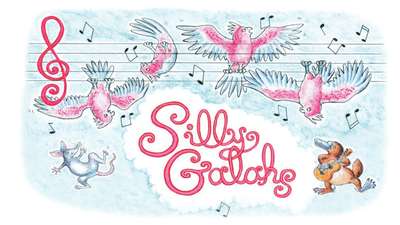 Celebrating the sights and sounds of Australia, our High Five this week is The Silly Galahs’ debut, self-titled album! Filled with character and fun imagery, the release will be…
View top 5 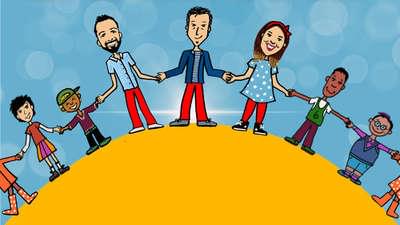 Inside I Shine by Danny Weinkauf and the Red Pants Band

Designed for playtime, the class room and dance breaks, Inside I Shine by Danny Weinkauf and the Red Pants Band is our High Five this week You may recognise Danny’s…
View top 5 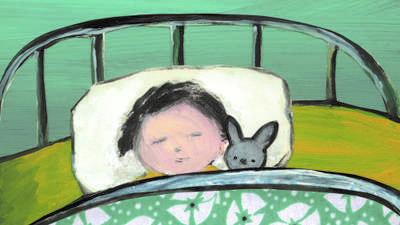 Now the Day is Over by Innocence Mission

Need help calming the kids down? The Innocence Mission’s album Now the Day is Over should help! It’s our High Five this week It’s a delightful collection of lullabies and…
View top 5