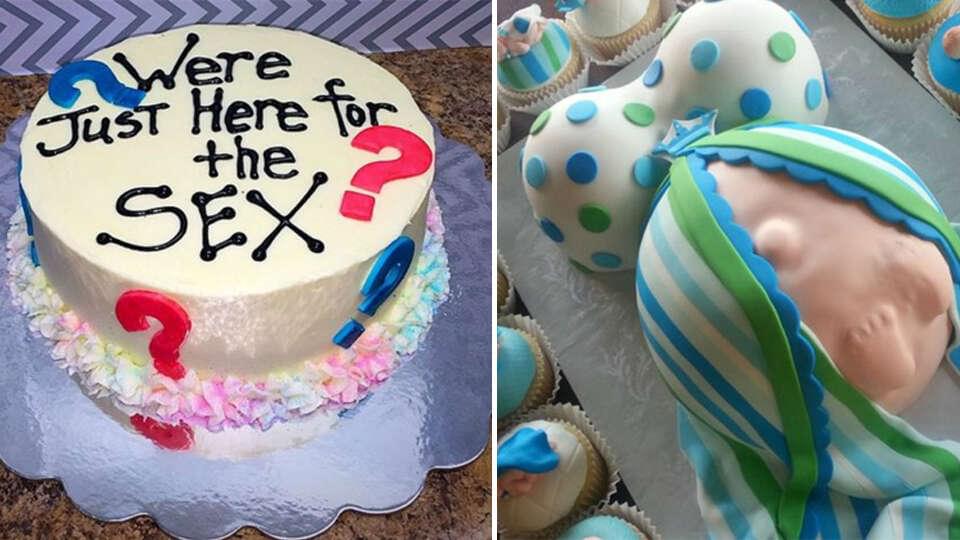 This whole gender reveal tradition has gotten a little out of control. Flying about the internet are videos of fireworks, paintball games and hair dye jobs, all revealing either pink or blue (because apparently boy and girl colours still exist).

Somehow though, the good ole cake is the one that seems to be the most inappropriate and cringe-worthy. Have a chuckle over these 14 quite ridiculous gender reveal options.

1. Stick or no stick 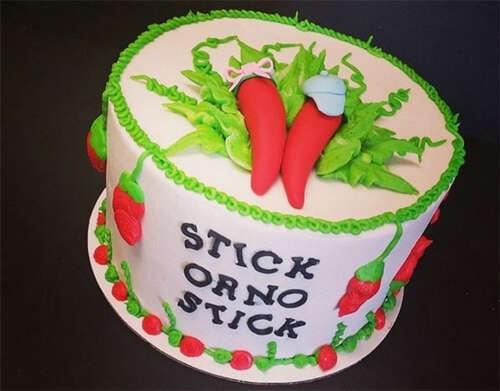 We're guessing these parents are alluding to whether or not their bub has a penis or a vagina but it's kind of hard to tell ... 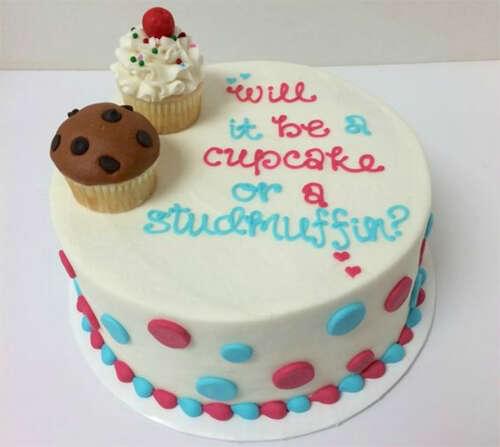 Hmmm, not sure about these gender stereotypes… neither option sounds good to us! 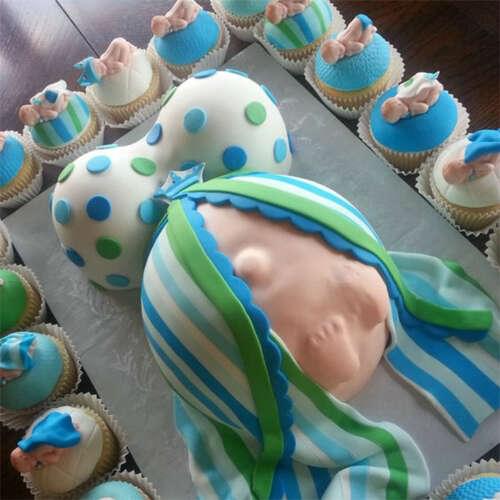 Pregnant belly, boobs, protruding baby feet and cake. What a fab combo! It seems we'll all be having cake via a c-section today. 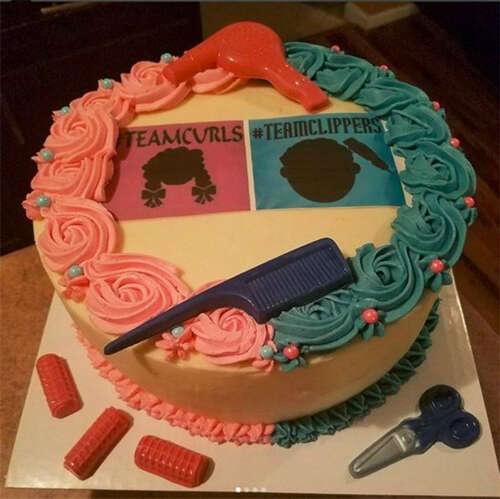 Most babies don't even have hair so thinking about trimming their beards or curling their hair is just a bit odd. 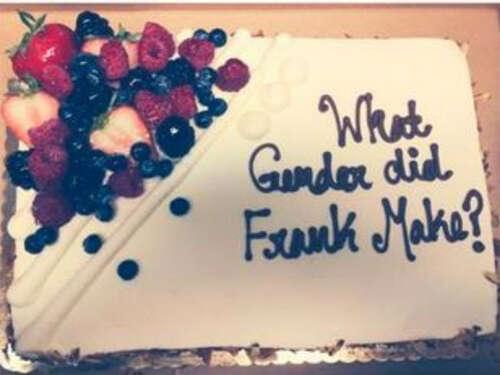 Yay for Frank! Nothing to do with the baby's mum, it's all about papa Frank and his amazing sperm. Let's all give Frank a round of applause, forget about the actual mama that has to push it out. Eye roll. 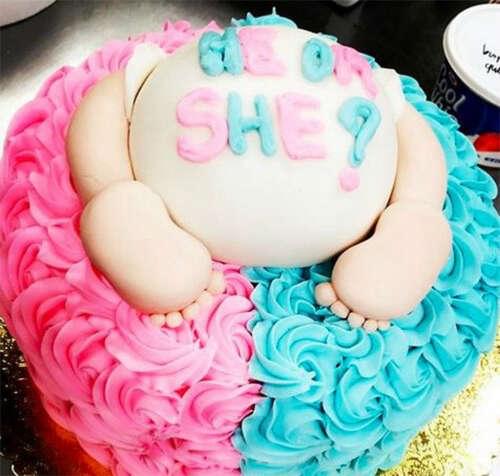 Nothing like sticking a big sharp knife into a baby's butt to make you lose your appetite. 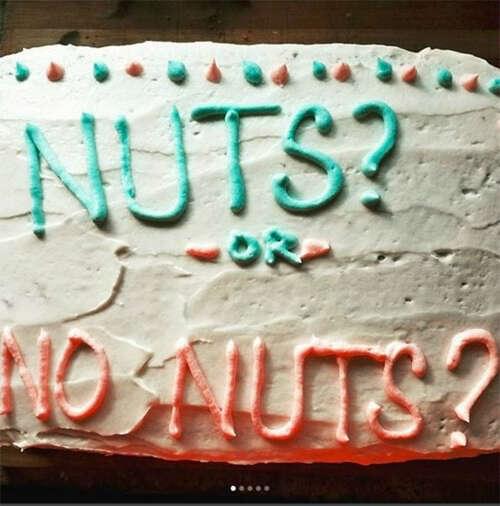 I'll tell you what's nuts - this cake! Why on earth would you want to start talking about your baby's genitalia in such a crass way? Stay classy people. 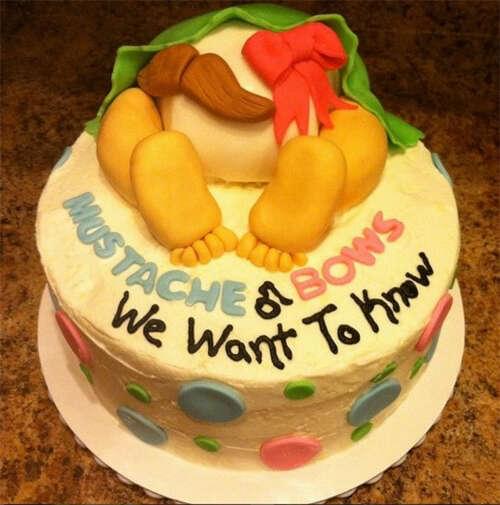 Again with the baby butt! And the stereotypes! And is that a poo lying there? 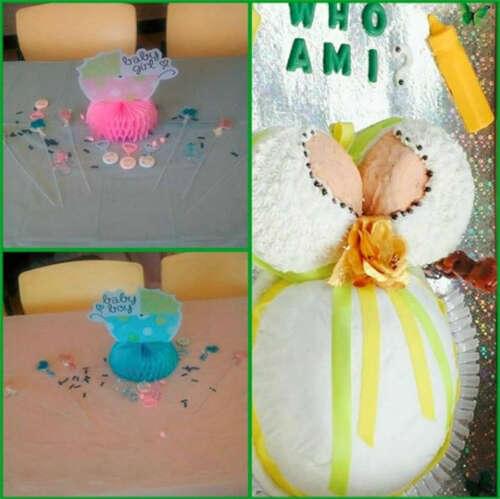 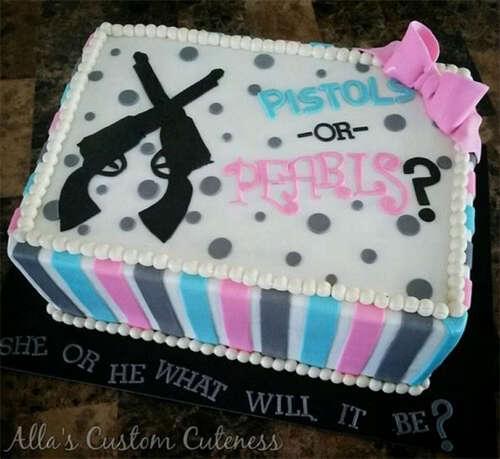 Woah, now we're getting dangerous. If you have a penis you get a gun?! While girls get to wear nice necklaces?! Gross. 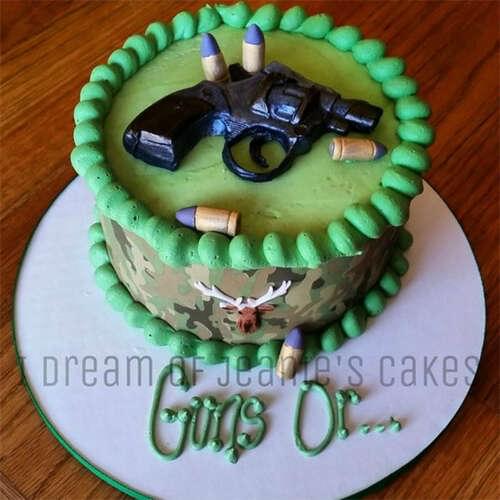 We guess these peeps are just gunning for a boy? Look out people, would NOT want to be at that shower. 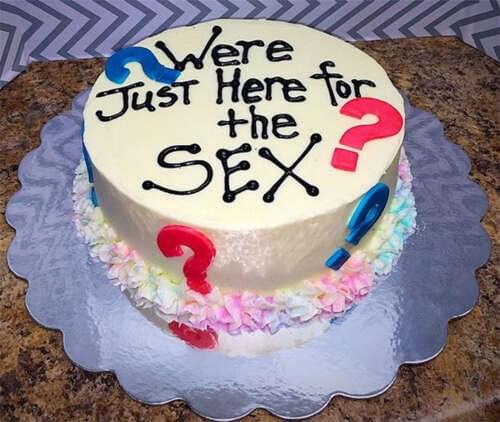 Someone thought their 'hilarious' pun would get the party started. We're thinking it was just awkward. Also, punctuation matters people! 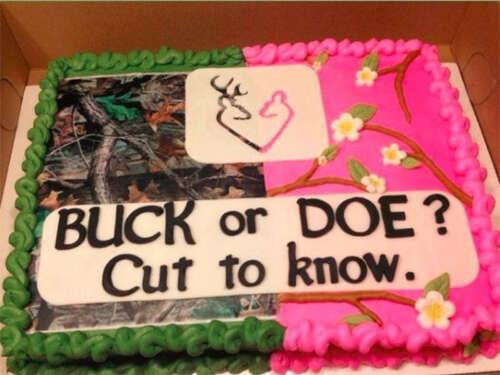 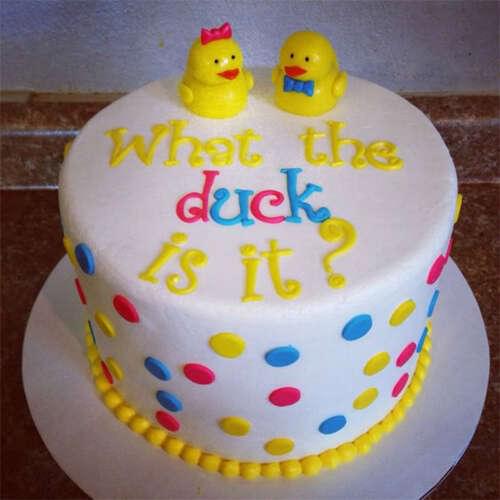 Just because it's punny, doesn't mean it's funny. 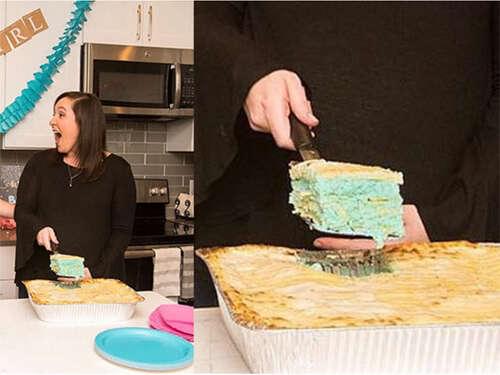 Okay, okay. It's not a cake, but this lasagna LOOKS like a cake, and it's very upsetting really. (Read the full story here). 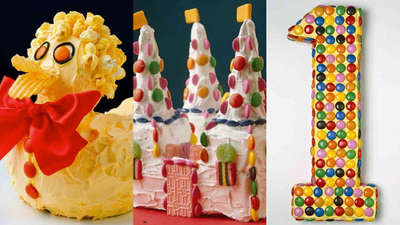 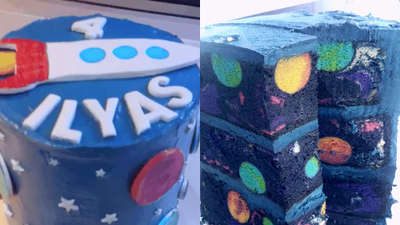