14 parents share the freakiest things their kids have told them 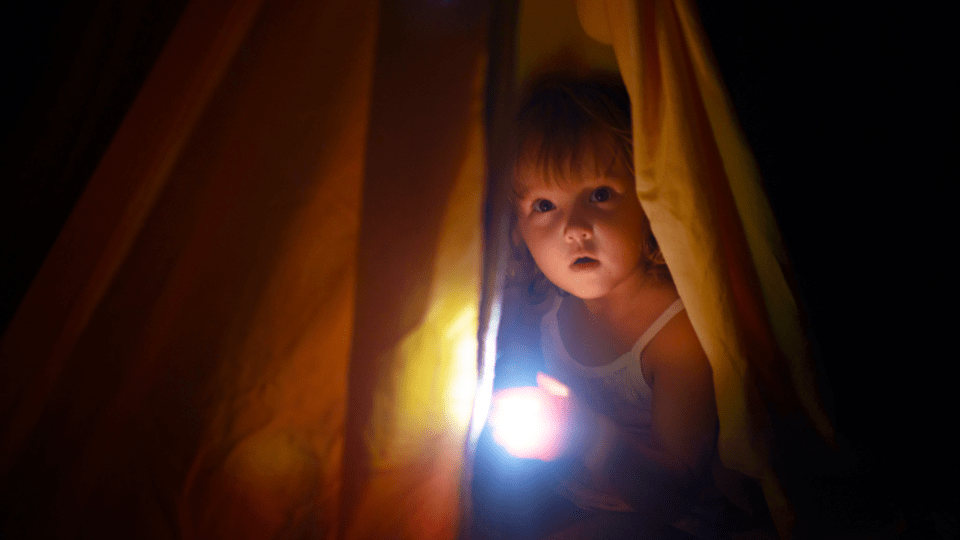 Our friends over at Babyology asked parents to share the weirdest, most terrifying things their kids have said - and the responses they received were even creepier than anticipated!

Sleep with one eye open, parents. You've been warned ...

"After seeing a doctor on TV with a skeleton foot:

"My daughter fell asleep on the couch one night. After carrying her to bed and giving her a kiss on her head goodnight, she opened her eyes and said, 'Its okay, I see them too...' Still creeps me out!"

'Who was the man in the hat looking at you in the corner while you and Daddy were asleep last night??'"

"We were in Japan. My three-year-old started saying we needed to go down a certain street and was giving directions. She stopped and laughed when she saw our confused faces as we hadn’t been there before and then said 'oh, no that’s when I lived here before' and continued on."

"My four-year-old son when I put him to bed and said goodnight. He replied with, 'rest in peace mum.'"

"My mother died a year before my daughter was born. When she was three years old I took her to her first day of preschool. I started crying when we got there and she said so quietly 'don't worry mummy, I remember your first day of school ... you cried then too.'"

"He turned around, nodded at the empty dining table and said, 'yes' and carried on nodding as if in agreement with whoever was talking to him. He was facing my grandpa's chair. Grandpa passed away when my son was two weeks old.

"My three-year-old got to choose a treat and chose a bag of those banana lollies. I said 'do you like them I didn't know that' his reply was 'yeah and nana Gwen loves them too'. Nana Gwen is my nan, who did love those lollies, she also passed away almost a decade ago and never met my youngest son."

"I was laying on the couch about to have a nap as I was not feeling well and my three-year-old comes up to me and asked if she could have a nap with me and the baby. I was not pregnant or even trying. Well two days later I took a pregnancy test - and guess what? I WAS pregnant. Scary."

"My daughter walked up to my mum when she was about three, snuggled into her leg, looked up very sweetly and said 'I'm gonna eat your soul.'"

"He was two-three years old at the time (he is almost four) and was wearing a singlet with the NY skyline on it. It was the first time he wore it and he looked down at it and goes 'oh yeah the towers'"

"My brother in law had passed away and weeks later my son (who was four at the time) came out of his room from playing with Lego and called out to me while I was vacuuming and said 'Mum, you know how in the Lion King Mufasas spirit comes back to talk to Simba', I replied yes, he said 'Well Uncle David does that too', I said 'you mean in a dream when you're sleeping?' and he said 'No I mean like now while I'm playing with my Lego'"

"My three-year-old ran into my room and jumped on the bed where I was half asleep. He looked so freaked out and then he put his hand over my mouth, looked towards the bedroom door and whispered 'Shhh, some one's coming!'"

"She didn't say anything as she was only a baby at the time but I was sitting on the lounge with her looking over my shoulder and she started smiling at something and I then felt a gush of wind no windows were open at the time, I've never jumped up and ran so fast with a baby in my arms like that."