15 items you need in your first aid kit 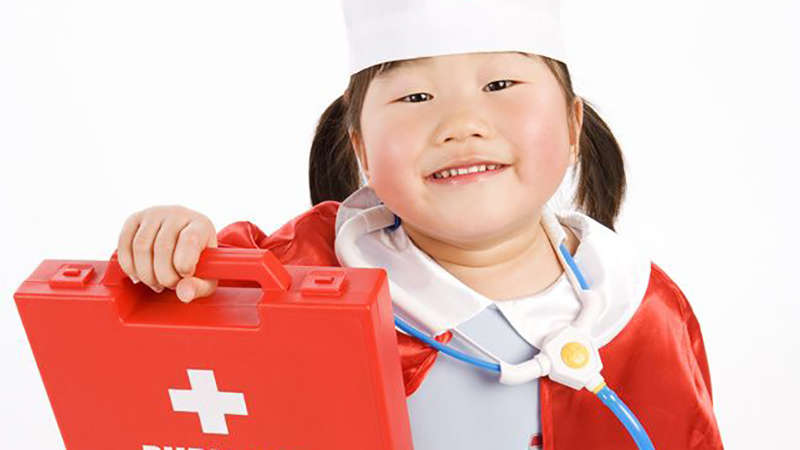 Life with kids is full of falls and tumbles, so it's vital to have these key things to help patch up the ouchies. CPR Kids’ Sarah Hunstead has over 14 years experience in Paediatric Emergency Nursing. Here, she lists the necessary items to include in a parent's first aid kit so you're always prepared.

“Gauze is a great thing to be able to mop up some wounds,” Sarah says. She recommends the little squares that come in packets, not rolls. It's a good idea to have six packets. Sterile gauze swabs are useful for everything!

For cutting material, bandages, and anything else you might need. A first aid kit should be kept out of kids' reach, so good, sharp scissors are ideal.

This saltwater solution is great for cleansing wounds with and flushing eyes. Having four saline tubes or ampoules is recommended. For other eye injuries include some eye pads and paper or styrofoam cups for foreign bodies.

To protect yourself from blood and gore!

Stock up on two crepe bandages, two heavyweight bandages and loads of every shape and colour bandaid!  A triangular bandage is also good as a sling for arms or for splinting limbs  (tie them or use them to apply pressure). Also pop in some safety pins and adhesive tape for holding slings, bandages and dressings in place.

Wound closure strips are for holding lacerations together. Also pop in a non-stick dressing for grazes and minor burns until you get  medical help.

When your child splits their head open, you’re going to reach for the first thing around. Instead of a just grabbing a dirty tea towel or t-shirt, it's great to have a clean cloth in your kit to use.

This is the most cost effective and accurate way to measure, whereas lots of the other ones are really expensive and not as accurate!

After an inevitable bump on the head, a toddler will rarely tolerate bits of ice being held against their head. Instead, use a cold pack. It’s a good distraction, especially when they’re in fun shapes and colours. Keep these in the fridge or freezer for bumps, swelling and bruising. Cold washers can do the trick too.

Keep paracetamol and ibuprofen on hand. Rehydration fluids like Gastrolyte or Hydrolyte are also really handy.

“[At some point], you can guarantee they’ll start spewing in the middle of the night, so if we can start getting that hydrolyte into them in the early hours of the morning, that’s great,” Sarah says. This will definitely help with dehydration until you can seek medical help. 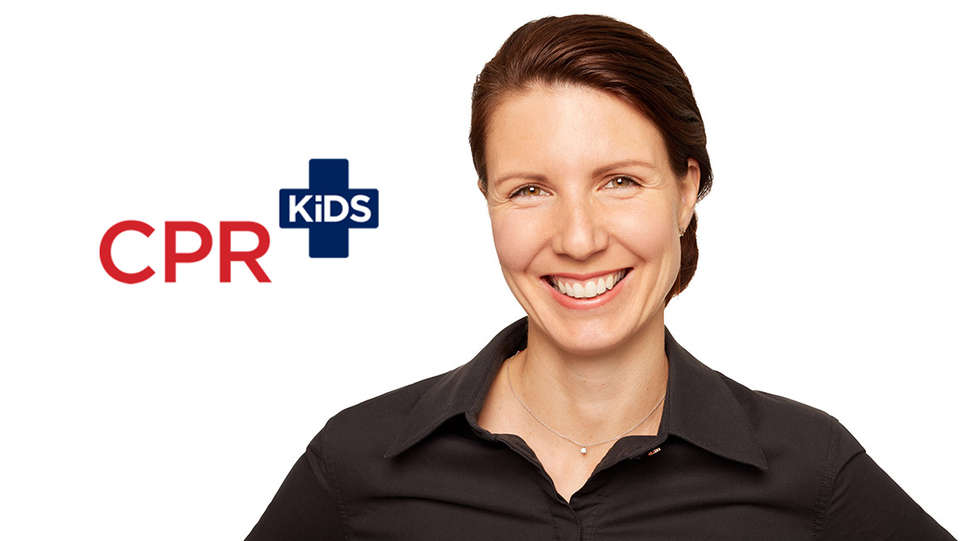 These make removal of splinters much easier.

“Grazes are one of the most common injuries,” Sarah explains. “Grazes sting because you’re taking off that top layer of skin and those nerve endings are sore and painful. Giving it a good clean with some soap and water, then getting antiseptic ointment… is a really nice thing to put over the top because it actually stops the pain stinging.”

Sarah loves pawpaw ointment in her house, especially activated pawpaw, as it has antiseptic properties.

If you live in a snake or funnel-web spider area, or are holidaying in one, make sure you have one of these. Usually they include heavyweight pressure bandages essential for bites.

For those living in a tick area, these two items are essential.

“We know now that using the tweezers to pull the ticks out isn’t the best idea,” Sarah says. “We need to freeze, not squeeze.”

Pyrethrum is a cream that you smear over nymph ticks as they are tiny, just like a speck of dirt. It kills them.

Sarah admits it’s a little bit random, but highly recommends it for your kit (though you can also use your phone timer).

“Because let’s face it – children are noncompliant, especially when they’re hurt,” she says. When you need to run skin burns under a tap or put pressure on a wound, toddlers in particular see it as permanent and don’t have much patience for it. If you show them the timer and explain that as soon as the bell rings, it will stop, they see an end point and will be more likely cooperate.

It's great to have written guides for when you're in the heat of a stressful moment. Sarah's book, A Life. A Finger. A pea up a nose. is a practical tool for baby and child first aid.

Having a comprehensive first aid kit ready to go is important, but they do have to be maintained. Sarah says to make sure you regularly check the first aid kits you put together, as some of the contents can expire. It's a good idea to separate medicines from the rest of your first-aid kit, as they can expire quickly. Replace the contents as you use them. And don’t forget to pack a first aid kit when you go on holidays, too! 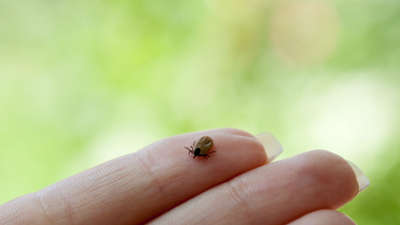 Tick tips: How to spot the little suckers

What we need to know to keep the kids safe outdoors. 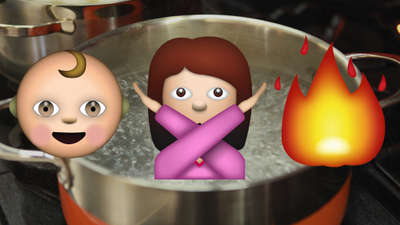 Hot tea, soup bowls and heaters are all around in winter, and kids always find them too!