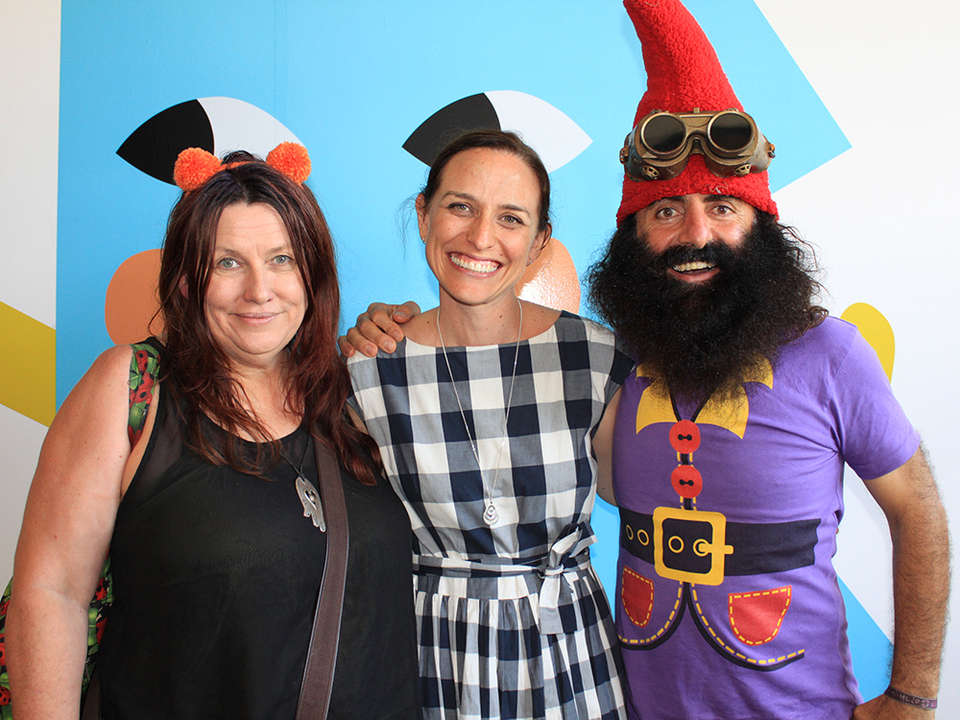 dirtgirlworld’s Get Grubby Musical premieres at the Sydney Opera House this week so Kinderling Conversation spoke to two of the garden’s greatest stars, co-creator Cate McQuillen and resident gnome Costa Georgiadis (also the host of Gardening Australia). They told us about the show’s key message, Costa’s secret life as a singer and how he became a gnome. Here’s five things we took away from their great chat.

Enter our Facebook comp to win a family pass to the show + VIP tour!

1. dirtgirlworld is about protecting what you love

The TV show is now seven years old and at its core, says Cate, has always been one key message.  “My partner/co-creator Huey and I felt like we had the audacity to influence a generation. Our main messages are to protect what you love and to fall in love with something, you have to get amongst it. Getting kids to step outside their door and experience nature firsthand even in its littlest ways helps you create a relationship. When you love something, we will fervently protect it."

Costa adds: “Everything I’ve done in my history is connected to loving the planet. You can’t get people to stand up for the planet of they don’t love it and they have to love it by doing little things.

2. Costa is the singer in a disco-funk band

When asked how he’d handle singing duties in the show, Costa let us in on a very entertaining fact.

“I sung with a band with my friends that we’ve had since I finished school. We’ve kept it going and do a gig once a year when we can all get together. It’s disco-funk-rock-cabaret. I can carry a tune, or drag one along (laughs).”

Listen to our whole interview:

3. It was Costa’s idea to be a garden gnome

Or so Cate let him think. "We always really wanted Costa to be a gnome, but during creative process, you have to be open to whatever comes up… I was sitting there with my fingers crossed behind my back, hoping the gnome idea just evolves from the conversation. Second thing in, Costa says ‘well, I could be a gnome!’ and I was like ‘great!’."

“I’m a garden gnome anyway in everything I do,” adds Costa. “The only difference is I’ve put a hat on.”

After joking about making a Costa gnome doll, Cate explained the reason dirtgirlworld hasn’t gone all-out on the merch front. “We made a real pact that we wouldn’t really create stuff that would become landfill because dirtgirl wouldn’t like that,” says Cate. “(It’s been difficult) to find places that can create an organic, plush doll in an affordable way. We can get one that’s $90 but I hate that too.”

Costa says it was that type of awareness that drew him to the show in the beginning.“Everything Cate and Huey have developed with dirtgirlworld is about breaking down that takeaway, fast-food, drive-thru element of children’s worlds. All these gadgets,  all this plastic and so-called products that are there just as merchandise, which gets made in the cheapest possible way to then end up semi-broken and then left out on the street for the clean-up. It’s about saying no, we are responsible and if we as adults buy it, we’re propagating it. Not just around gadgets and merch, but around more important issues, like our food and clothes too.”

5. They are really, really looking forward to The Musical