Are you a distracted parent, too? 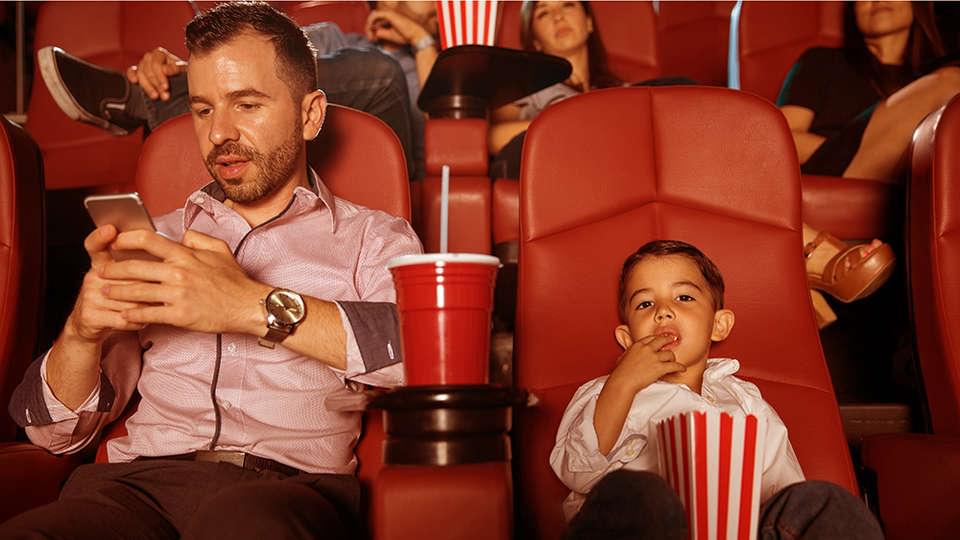 Yesterday, my 21-month-old threw an almighty tantrum on leaving the house without his plastic toy phone.

Strapping him into his car seat, I dug the faux mobile phone out of my bag, pressed it into his tiny hand and felt a wave of sheer relief. Quiet descended and order was restored; the car, once again, became a temporary haven from a morning spent running around like a mad woman.

It wasn’t until I’d tackled daycare drop-off and was on my merry way to work that I truly considered what had happened.

Of ALL the toys in a house full to the brim, why demand the phone?

Cue panicked self-interrogation. How much was I on my phone at night? Had I stopped making conscious choices around my own screen time? Was I what author Erika Christakis calls a 'distracted parent'?

In a recent article for The Atlantic, Erika says there’s innate danger in obsessing over screen time solely in relation to our children. She argues it’s our own addiction to being digitally connected at all times, that belies the real concern.

“Many [adults] have built their daily life around the miserable premise that they can always be on - always working, always parenting, always available to their spouse and their own parents and anyone else who might need them, while also staying on top of the news, while also remembering, on the walk to the car, to order more toilet paper from Amazon. They are stuck in the digital equivalent of the spin cycle.”

Guilty as charged. But now what?

I love her suggestion to balance screen time with green time; that is, time spent in nature as a family.

"We [as parents] have to set boundaries around when and how or where they use screens," Julie says. "And if we balance their screen time with their green time ... we can ditch that guilt."

In Erika Christakas's article for The Atlantic, she quoted psychologist Kathy Hirsh-Pasek as saying that language is the single most important predictor of school success; and adult conversation, the key to children’s language development.

No surprises then, that parents need to make a clear distinction between interacting with their kids and asking about their day, and just sitting near them and constantly checking their phone.

Kinderling Conversation presenter and mum of two, Shevonne Hunt focuses on meal times. It’s a habit I now share with my own kids, having realised the key to feeling OK with getting on with chores at home was to make use of the 15 minutes we spend around the table each morning and night.

Shevonne says, “Every morning I turn off the radio, and really listen to what the kids have to say. After that, it's all business to get out the door. Again at bed time. And that's when I'm really conscious, particularly with my little man, of getting down and looking in his eyes when he has something to say. It doesn't have to take 30 minutes to have a short, rambling conversation about something.”

Kinderling’s mothercraft nurse, Chris Minogue champions bath time as a great opportunity to connect with your kids, particularly on the return from work in the evening.

As a double bonus, the bath time chat means you can also tick off a must-do portion of the nightly routine at the same time! #winning 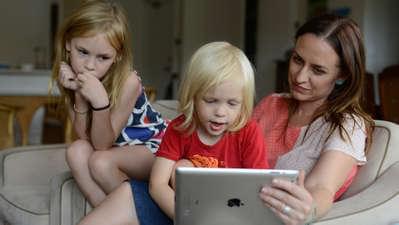 Stop cursing the digital babysitter: Why screens aren't always bad for our kids

Has the fear of screen time gone too far?