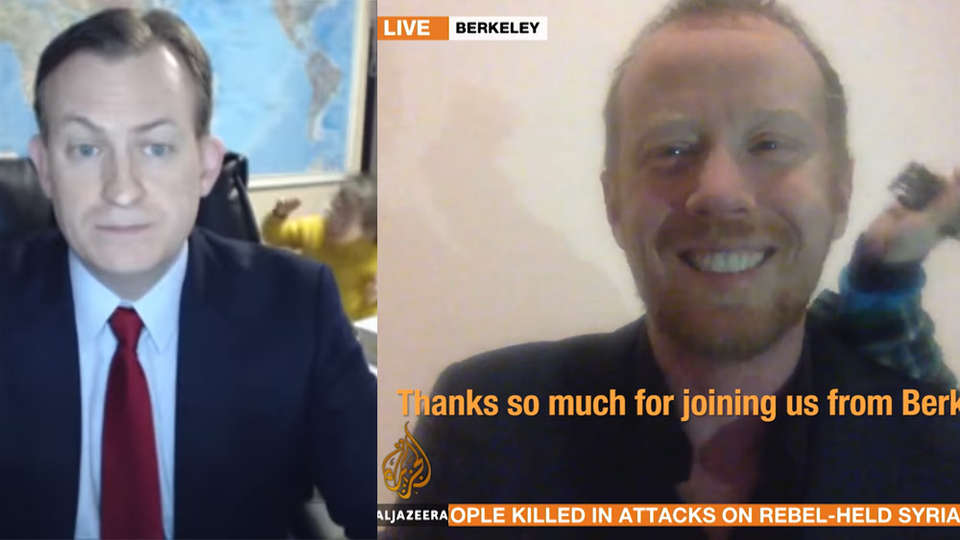 Probably one of last year’s ultimate highlights was the hilarious BBC Dad saga. Expert dad Robert E Kelly was in the middle of a Very Important Interview with the BBC, when his adorable, “hippity-hoppity” kids burst into the frame… And well, the rest is history!

This year we’ve been treated to an almost-as-hilarious video, with another dad juggling that work life balance.

A brand-new interrupting kid video has made its way online, this giggle-inducing shot-in-the-arm thanks to the good folk at news service Al-Jazeera.

This time it was young Rainier – also known as Razor – who stole the show from his dad. Granted, he didn’t have the double-act advantage of last year’s hippity-hoppity Marion and baby James, but he more than made up for it, with cheesy grins, charm and charisma for days.

At first, Razor simply Skype-bombs his dad, lurking quite adorably over his shoulder. Being ignored seems to embolden the little boy (surprise, surprise!) and he pops his head closer to the camera, snuggling into his dad’s shoulder with sparkly eyes.

Interviewer and interviewee seem to decide that facing this unscheduled cameo head on is the only way through.

“Oh, he can come in, it’s not a problem,” Sohail confirms. “We’re quite happy to have youngsters on the program too.”

Dad Daniel still doesn’t seem so keen… check out the full segment below for all the lols! Our fave part is when Razor adds in his own Hollywood opinion.

“At that point I just tried to make the best of what seemed to me a very embarrassing situation,” Daniel told Today. “I tried to focus on the questions. I hope I didn’t fall too flat on my face.”

Daniel said this cute and funny moment unfolded pretty quickly and he was powerless to make it stop, like all parents are in similar scenarios!

“I saw him coming in and cursed myself for not locking the door. Razor and I had never discussed protocol about this, so I hoped against hope that he would sense that he shouldn’t be on camera.”

Needless to say, Razor’s spidey-senses came to a very different conclusion – that it was his time to SHINE! And shine he most certainly did.

Here’s Marion and James again, in case you need another dose of interrupting kids. You’re so welcome. 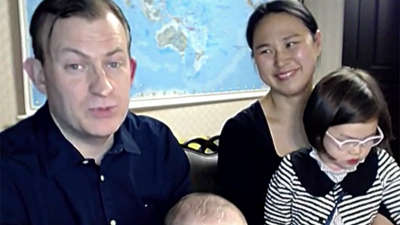 BBC Dad explains all in first interview since viral video-bomb

For the record, everyone was wearing pants. 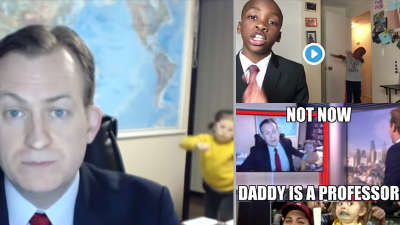 'Will this go viral?' The best #BBCdad reactions, theories and parodies 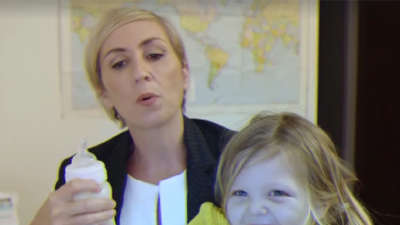 This 'BBC working mum' parody is the best one yet

She cooks, she cleans, she even defuses a bomb! 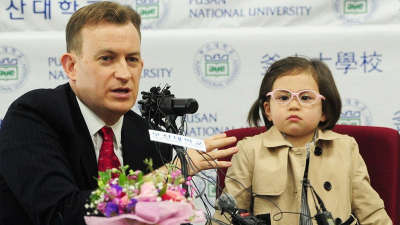 First she charmed us with her strut, now she's winning at press conferences too.