Behind bars: Why mothers in prison should have their kids with them 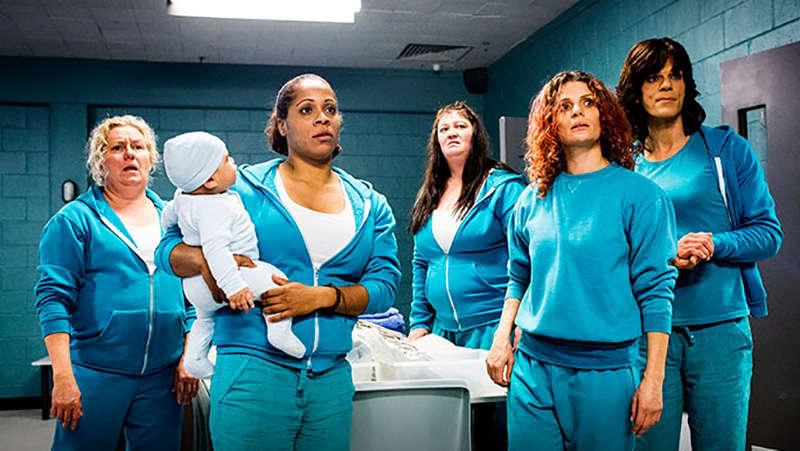 Kerry Tucker wants you to know that she knows she did the wrong thing.

In 2004 she was sentenced to seven years in jail for fraud. It’s estimated she embezzled up to 1.9 million dollars. She ended up serving four and a half years in a maximum-security jail. At the time it was considered the most serious case of fraud by a woman in Victoria.

Her sentence meant she would be leaving her two daughters, then aged five, and seven and a half. They didn’t understand why she couldn’t come home. After their first visit they cried and yelled for her to come with them. That memory still has the power to bring tears to Kerry’s eyes.

But what Kerry also wants you to know is that she has served her sentence. She’s come out the other side, and now she’s speaking for other mothers who have been caught up in the prison system, as an author, academic, public speaker and a story consultant for TV show Wentworth.

Around 60 percent of women in prison are mothers

According to Adrianne Walters, the director of legal advocacy at the Human Rights Law Centre, that statistic goes up to 80 percent when you look at the Indigenous population in prison.

That’s a lot of mothers locked away from their families.

And while some women need to be away from their children, Kerry argues there are many who do not. She says it’s not black and white.

“Most of them have come from backgrounds of abuse, of rape and neglect and homelessness and drugs. We have this whole cohort of damaged women. Damaged mothers, damaged sisters, damaged aunts and they are forgotten.”

Kerry’s argument is that we need to look at the damage and try to mend it through rehabilitation.

What does rehabilitation really mean?

Usually during a political campaign, the catch cry of being “tough on crime” is more dominant than funding for rehabilitation and measures to reduce the rate of incarceration.

Rehabilitation for women prisoners could include programs on parenting, healthy eating and financial literacy. Skills that will help them once they step back into the community.

Kerry says funding for the programs that female prisoners need is never enough, even though it could make so much difference.

It’s not something that wins votes.

Listen to Kerry on Kinderling Conversation:

“But to me it makes so much sense because the mothers that are in there at the moment are raising the next generation of children. You'd hope that they would come out and be good mothers to their children, if they can't then it becomes a generational thing.

“It’s a simple message. We're not asking for forgiveness. That's what a prison sentence is for. It's about raising community awareness and realising that we should be throwing funding at women's prisons not reducing it which is what they tend to do.”

At the time that Kerry went to prison, the media coverage highlighted she was a mum of two.

Kerry says that men don’t get that kind of scrutiny –  women are punished for their crime, but they are also judged more harshly when they are mothers.

“No one's asking anybody to feel sorry for the offender. But the fact is you're still a woman and a mother and you have the heart and bond [with your children]. Separation from my children was just enormous. But what it did do was I realised then that I needed to come out and be bigger than my sentence for them to ever say I'm proud of you mum.”

Children have a right to see their mothers, and it’s good for mothers too

Kerry is passionate about a child’s right to have contact with their mother.

Women have babies in prisons, and when Kerry was in prison in Victoria children could live with their mums in prison until it was time to go to school.

The children thrived with their mothers (and many aunts) and it was good for the women too.

“When I was first married and didn't have children of my own I would have thought, who on earth would let kids go into a prison? Now I will go to my grave believing that every child should be with their mother in circumstances where they possibly can be.

“In prison the mother was more wholesome and had to strive to stay off drugs, otherwise the child would be removed. It was a win/win situation. The prison was much more mellow because there was the sound of little kids and the women's language sort of stopped. It really softened the place.”

Kerry's book, The Prisoner, is available now through Penguin Books. 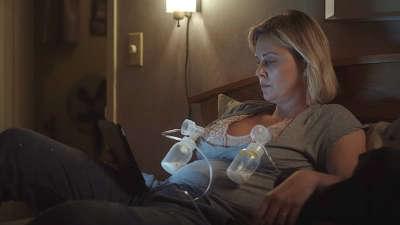 Charlize Theron's 'Tully': What motherhood looks like when you're truly supported

A movie that takes you to the depths of motherhood and demands women ask for more help, writes Shevonne Hunt. 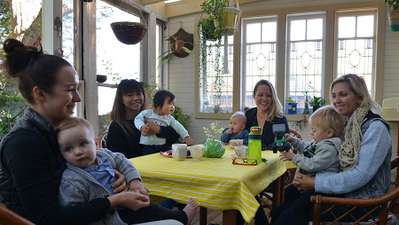