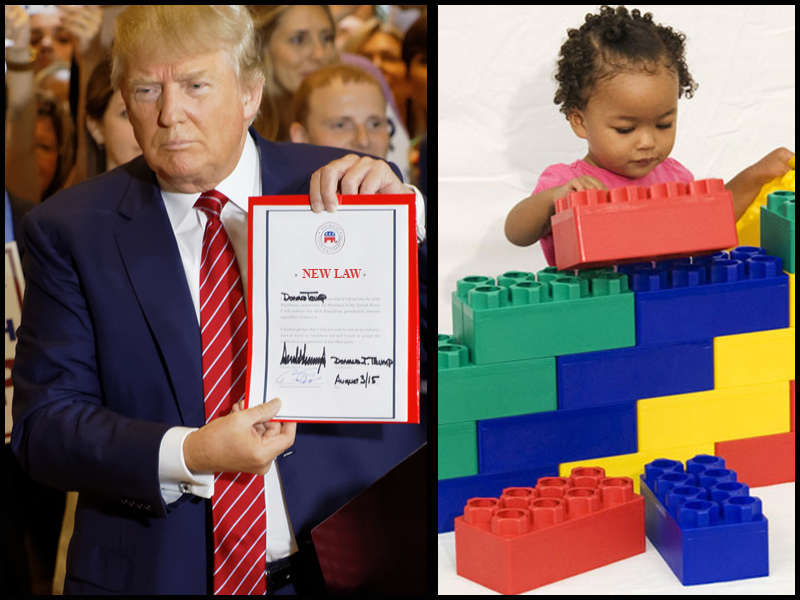 In a controversial decision, US President Donald Trump has signed an executive order banning toddlers from the United States. The directive, signed overnight our time, decrees all young children must leave the country before bedtime in 48 hours.

As huge protests take place around the country, families and critics have been left both outraged and baffled by the decision.

“Sure, they’re rude, unreasonable and throw tantrums in public, but I never thought the Republicans would stoop this low,” stated Zach Kidman, lead counsel of the American Legal Institute, at an emergency meeting in Washington.

“It’s because toddlers are smarter and kinder than Trump – he's afraid of them,” independent Senator Jill Young tweeted immediately. “It’s insane. They’re the future of this country. Literally.”

After the signing, Trump took to Twitter to justify his order and outline his plan.

On the warpath, Trump also took aim at his previous political opponents with fresh allegations, which are yet to be confirmed.

:: Get our free new Tinderling app
:: 7 new positions for parents to try
:: Watch this Teletubbies-meets-Missy-Elliot mash-up
:: 15 parenting lessons we learnt from Game Of Thrones