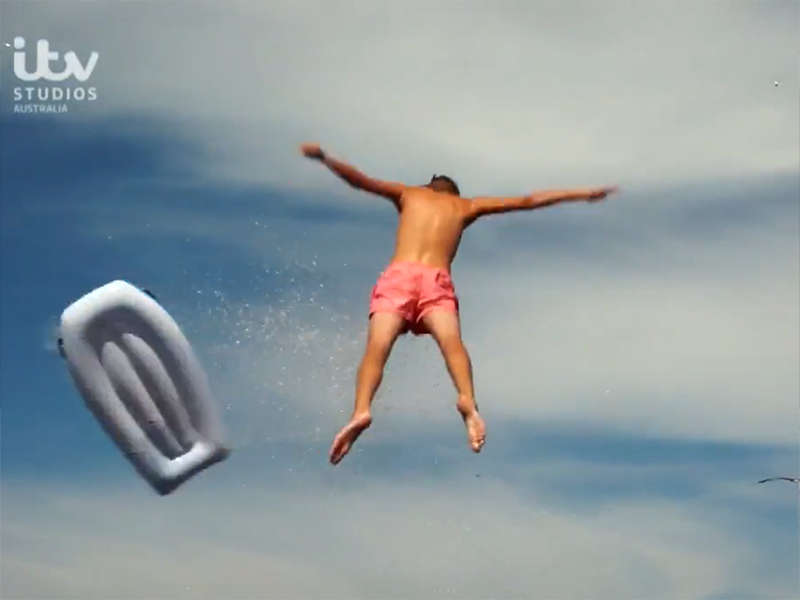 Waterslides are pretty much one of the best things ever invented so we're super excited about this.

Channel Seven have just announced they're making a new waterslide-based game show called Cannonball and they’ve put out a casting call to all thrill-seekers to be on it. Sadly, contestants need to be 18 or over, but we’re sure the kids will love seeing mum and dad making a splash.

Set for release later this year, the show will see “15 daredevil young couples compete in a fun and action-packed water battle set on a lake. Across several rounds covering distance, speed and height, each couple attempts to jump the highest, slide the furthest and fly the highest in order to be crowned the champions.”

Time to get out the Slip N Slide and start training, parents! You can apply here to be a contestant via the show's MyCasting website.