On Tuesday night, controversial Senator David Leyonhjelm outraged most thinking people when he told The Project that childcare jobs mostly consisted of “wiping noses and stopping the kids from killing each other”.

The insulting claims infuriated childcare workers around the country, including Sydney educator Chloe Chant. In response, she penned a powerful, passionate and very funny open letter, which has since been shared on social media thousands of times. Hilariously, she even offered to change the Senator's nappy.

Chloe talks to Kinderling Conversation about her letter

“I think I know more about politics than he knows about childcare,” Chloe told Kinderling Conversation host Shevonne Hunt.

“He’s a grown man, an educated man and he’s in the public realm and he doesn’t understand fundamental principles about early learning and development. There are so many moving parts to a child’s brain at that age and I have to be sensitive to all of them and often 10 kids at once sometimes.” 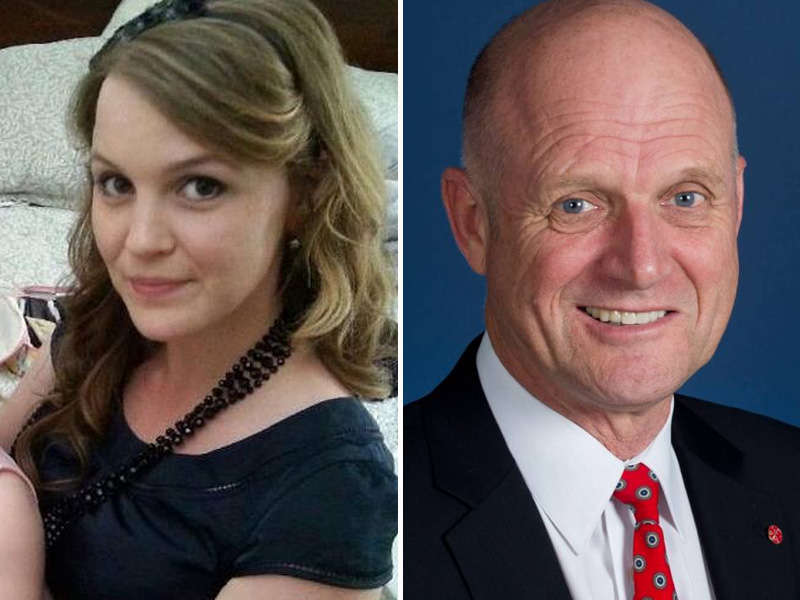 "PLEASE share to get the message out...I'd be so grateful...

Dear Senator Leyonhjelm,
Three weeks ago I stopped everything and spent an entire day of my personal, unpaid time creating documents to be used in court for a family in the middle of a child custody hearing.

…The next day I went to work and wiped a lot of noses.

Two weeks ago I identified behaviours that indicated possible child sexual abuse. I talked to the child, I talked to parents, I consulted research and theory, I completed Mandatory Reporting requirements, I cried - a lot…

…And I managed to stop the children killing each other.

This week I held a baby as he experienced febrile convulsions. I cooled him, reassured him, called an ambulance, called the mother, comforted the hysterical mother, evacuated the other children, kept airways open. I provided first aid that could have prevented brain damage or death. I spent 4 hours filling out legal documentation, paperwork, reflections, and analysis.

…And I wiped some noses.

On Monday I completed a set of observations, learning summaries and analyses that culminated in a recommendation that a child be assessed for learning delay. I sat there sweating and feeling nauseated while waiting for the parents to arrive for a meeting to discuss this. I was yelled at, screamed at, accused of being an insensitive, unprofessional bitch, and then they cried, and then I hugged them, and then I talked them through all the support and strategy I was going to offer to help them and their child.

…And, to my knowledge, I managed to let zero paedophiles into my service.

On Wednesday I said goodbye to a family who were moving on from our service. They thanked me for the support, the documentation, the planning, the individual observations, the learning analyses, the patience, the help in times of crisis, the emotional investment and countless episodes of first aid treatments in times of emergency.

…And, I wiped some noses.
…And changed nappies.
…And set up experiences.
…And prepared lunches.
….And mopped floors.
…And mediated conflicts.
…And attended staff meetings.
…And managed resources.
…And taught self help skills.
…And helped children toilet training.
…And was spewed on by babies.
…And cleaned up vomit.
…And raked the garden.
…And helped multiple babies sleep.
…And taught pre-literacy skills.
…And expanded the vocabularies of the children.
…And introduced the concept of nuclear fission.
…And explained the fundamentals of DNA.
…And explained where babies come from.
…And described the purpose of the dendrites on nerve cells.
…And I wiped more noses.

That was Wednesday. I did this for just over 20 bucks an hour.

Your ignorance regarding the lifelong benefits of early learning (sorry, a “Middle-class perk” (Leyonhjelm Jul 2, 2015)), arrogance, self-righteousness and hypocrisy as a self-proclaimed champion of enlightened government investment would be hilarious if it wasn’t so damaging to our future prospects as an intelligent nation, and the aspirations of the working class.

Should you need any advice regarding the REAL responsibilities of a childcare worker – or should you need your nappy changed – I am only too happy to render assistance. Despite your comments, my role is to educate, and nothing would please me more than to educate one of my esteemed parliamentary representatives.

:: Download shows, stories and sleepy tunes with our free app
:: The benefits of early childhood education
:: Why parents are made, not born
:: Why we need more flexible childcare