Clementine Ford on feminism and motherhood 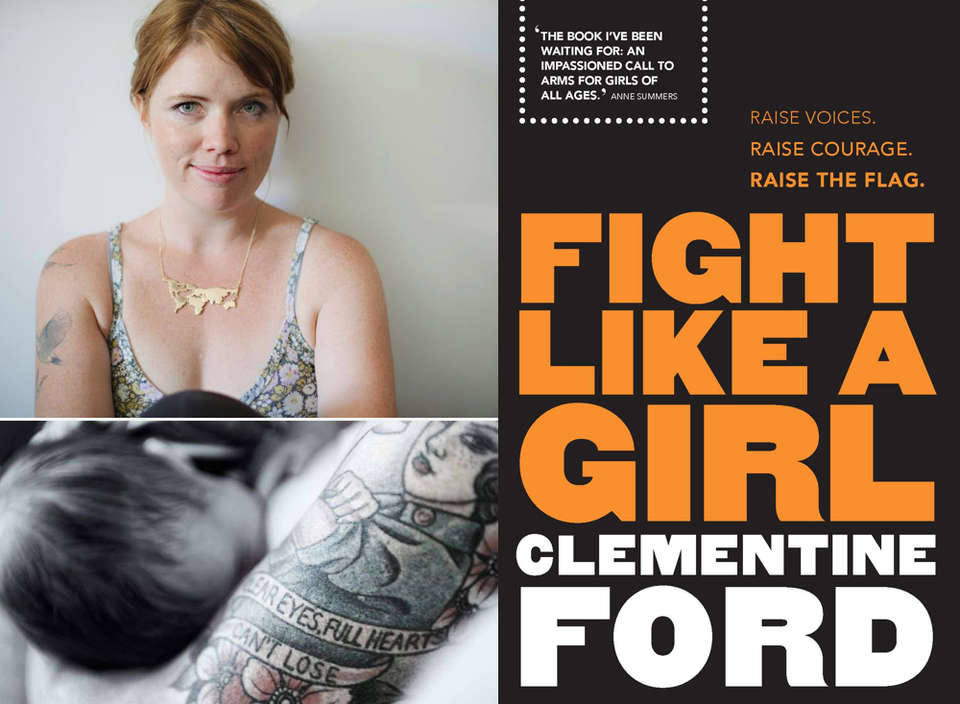 Clementine Ford is a journalist most famous for her enthusiastic and feverish championing of female equality. Over the past five years, she has become more aware and furious about the level of violence that girls and women are subjected to. She has just released her book Fight Like a Girl - a call to arms for women and girls everywhere to take up the fight.

She sees feminism as more than the basic definition of a movement that advocates for the political, social and economic equality between the sexes. For Clementine, it’s also an agitation for the liberation of primarily women, but also men, from the overarching patriarchy that reinforces certain ideals and stereotypes (such as reproductive and domestic labor). These are not equally liberating for all genders, especially where women are isolated to particular roles.

As a new mum with a seven-week old son, Clementine shares her ideas on fostering feminism in children.

Clementine admits that she doesn’t have all the answers but says she’ll be focusing on encouragement and loving behaviour, “I don’t have solid ideas about how to raise a child at all, and I think like everyone we’re all just flubbing our way through it. My approach with all of it is to approach it with love and kindness,” she says. “I want him to be someone who questions the world that we live in, and I would like him to be of a generous spirit in dealing with all the people he comes across.”

It’s important to encourage boys to think about the categorising messages they’re receiving from an early age, including race, class and gender. She says conditioning of boys should be challenged, the kind that can be harmful for girls.

“As a parent of a boy now, it’s important to me that he be raised in a world that doesn’t condition him to think that his behaviour has no consequences, but also that patriarchy is what it means to be a boy.”

In raising girls to be confident, parents should be mindful of their own experience. “We need to be conscious of the baggage we bring from our own past, and whether or not we’re forcing our children to carry that,” Clementine says. Mothers in particular should be conscious that daughters don’t inherit issues like body image as an anxiety.

It’s also crucial to constantly be open to conversations about the world as it is, “People think it’s enough to teach girls that they can be anything they want, but that’s not exactly true in a world that blocks them at every path. Because if they end up not succeeding in those areas, people end up saying they didn’t try hard enough. Be conscious about the way the world is, and be open to those discussions and open to listening to lots of different women talking about a variety of those experiences that are really positive.”

For fathers, Clementine says that men need to listen to women if you want to support and help daughters.

“Ask them to tell you about their lives and experiences, because even if you’re the most well meaning of all men, unless you have that initiative to talk to women, you can only go based on what you’re feeling is about it, which will almost certainly not be based in any sort of experience.”

:: Bouncing back: How to boost your kids’ resilience
:: How I manage my anxiety as a working mum
:: Learning to love your body after having kids
:: Seven easy wardrobe hacks for new mums