Commuters. Give up your seats for pregnant women. No questions. 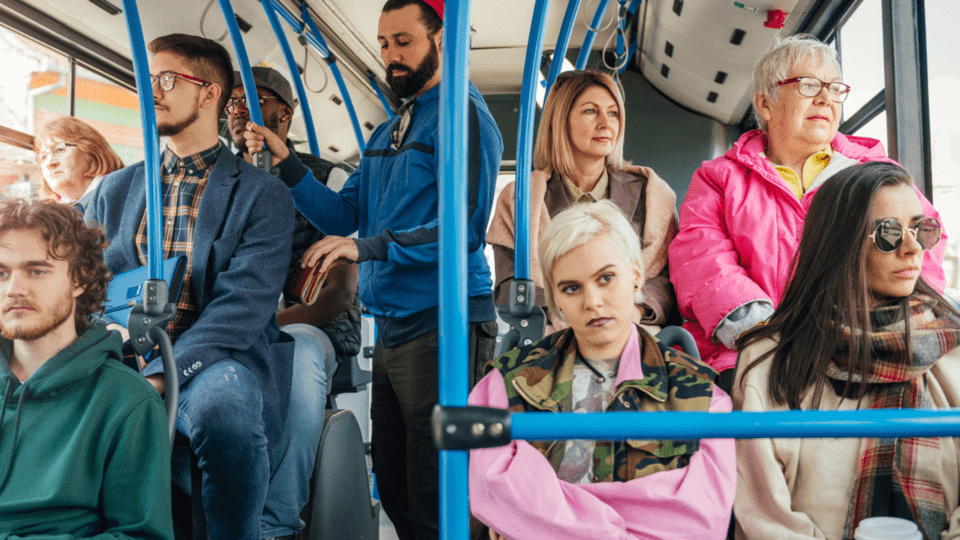 There are three experiences you can't escape as a pregnant woman.

1. Unsolicited comments on your appearance and/or size of your bump - it's either too small ('so tiny!'), or far too big ('wow, you're enormous!');

2. You'll begin to loathe a food group (or several) you used to love;

3. You'll be forced to stand on a bus or a train while a comparitively able-bodied person remains in their seat and completely ignores you.

Of all these experiences, I'd wager number three is the most frustrating; which is why I nodded in vehement agreement with this recent rant from Clem Bastow in The Sydney Morning Herald.

Describing her fellow commuters as “appallingly self-centered”, Clem said she’s regularly gobsmacked by the indolence of teenagers who grunt at requests by elderly or pregnant passengers to give up their seat.

She also takes aim at the “nicer” commuters who instead of flat out ignoring the more vulnerable commuters, claim in staying seated they are avoiding the embarrassment of getting it wrong.

“Enough of that malarkey … It’s pretty easy to tell if someone wants to sit down: they’re looking at you, or at a combination of you and your seat, with the hungry-eyed stare of someone who has not sat down for a week straight.  Or, they ask you if they can sit.”

Just do the right thing and observe priority seating

Turns out the fear of “not wanting to offend” excuse is actually a universal thing.  Two British commuter surveys found the ‘majority’ of people claim to "not be able to tell" if the woman in question is either pregnant or obese, so they don't bother offering up their seat.

Hmmmm. So how do you explain their reticence when the person in need is ageing or disabled? Doesn’t quite have the same shine, does it?

According to Clem (and I couldn’t agree more), the solution is as simple as doing the right thing:

“For those of you who rush to sit on those priority seats near the front, here’s a novel idea: if you’re not elderly, pregnant or you don’t have a disability or injury, don’t sit there.” 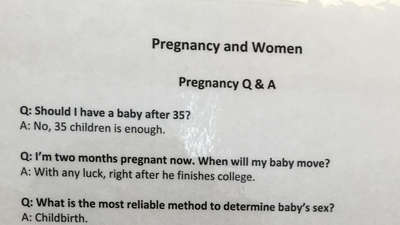 Priceless pregnancy FAQs hit the nail on the head

Someone out there is taking the mickey and we just have to laugh.