The Conductor and the Clown: Jazzing up classical music for kids 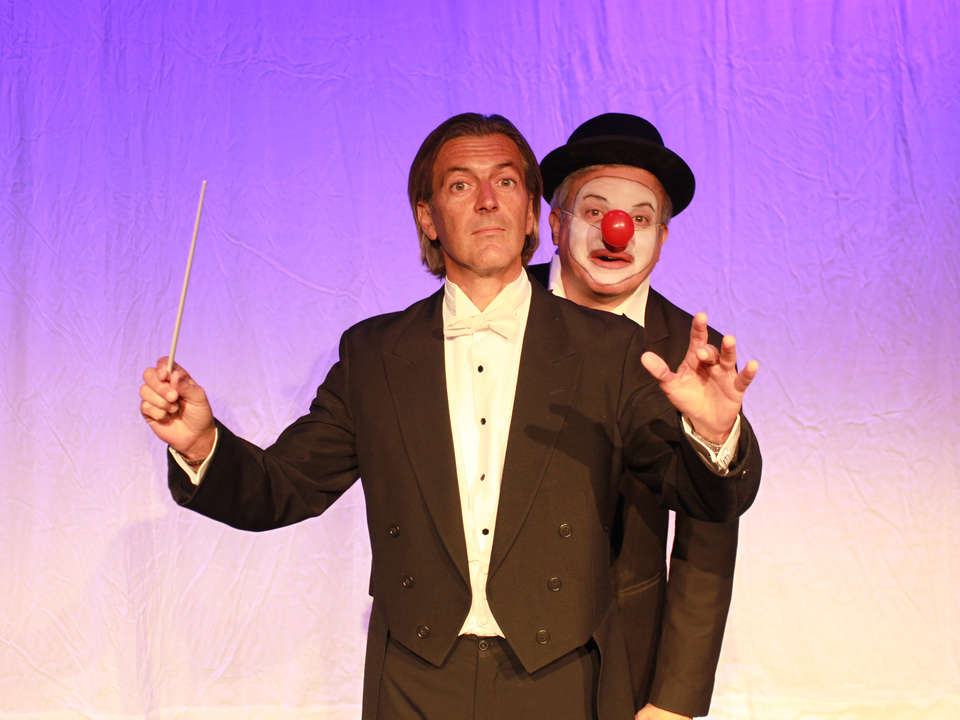 Classical music is often thought of as a serious endeavour, but when you add a clown into the mix, it can be surprisingly silly endeavour, as The Conductor and The Clown proves.

George Washingmachine (the Clown) and George Ellis (the Conductor) popped by the Kinderling studio to talk about the show at City Recital Hall. The pair of musicians brought in their instruments (including a violin and a squeaky red nose).

Listen to the music and interview on Kinderling Conversation:

In their case though, they’ve mixed it up, with a cheeky clown constantly interrupting the flow of the music. Clown George describes the character as a cross between Charlie Chaplin and Red Skelton, silent throughout most of it, with hooting horns, and lots of visual humour.

The pair have both worked in classical music before, but they also jazz it up a bit to reflect Clown George’s experience.

“Rather than just asking the kids to sit there and listen, [they’re] laughing,” says Conductor George. “We’ve written a show that has humour in it deliberately so that they’re sitting there engaging, loving it, laughing and listening to this Mozart and Greig and Khachaturian the whole time.”

They walk away thinking that was a magical experience, that’s the crux of the concept.

First written 15 years ago, the show now returns to the Sydney CBD at the City Recital Hall. For tickets and more info, head to their website.

:: 7 things we learnt from Diary Of A Wombat’s Jackie French
:: Watch the Teletubbies get their freak on in Missy Elliot mash-up
:: Film review: Beauty and the Beast