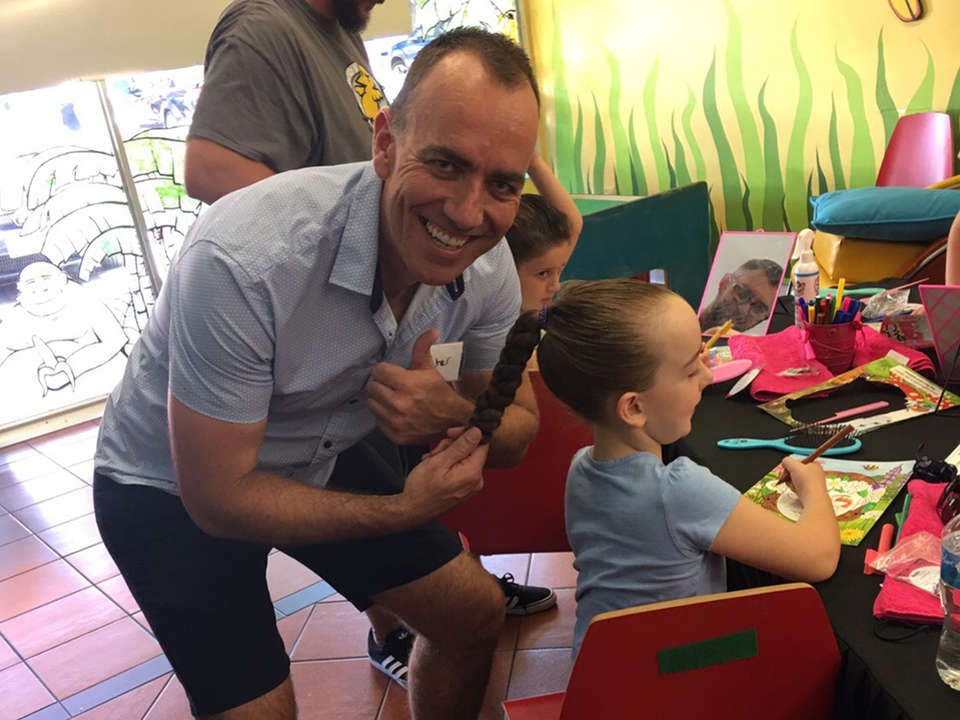 Recently we came across something wonderful happening in Perth – Daddy & Daughter Hair Workshops.

These are the brainchild of children’s hairdresser Chris Gaskell. One day, when a dad popped in to the salon with his daughter, he asked Chris to show him how to plait and do a party hairstyle. She realised there must be so many other dads out there struggling with the same thing, and decided to do something about it.

The workshops have been so popular that now mums are asking for their own!

Chris says she’ll definitely be doing that, but for the men they’ll keep it separate.

“Dads already feel a bit self-conscious about doing this, so it needs to be a guy thing,” says Chris. “The camaraderie between them all is amazing when they all get together, because the great thing is they’ve all come there for one focus, and that’s to spend time with their daughters and to learn a new skill.” 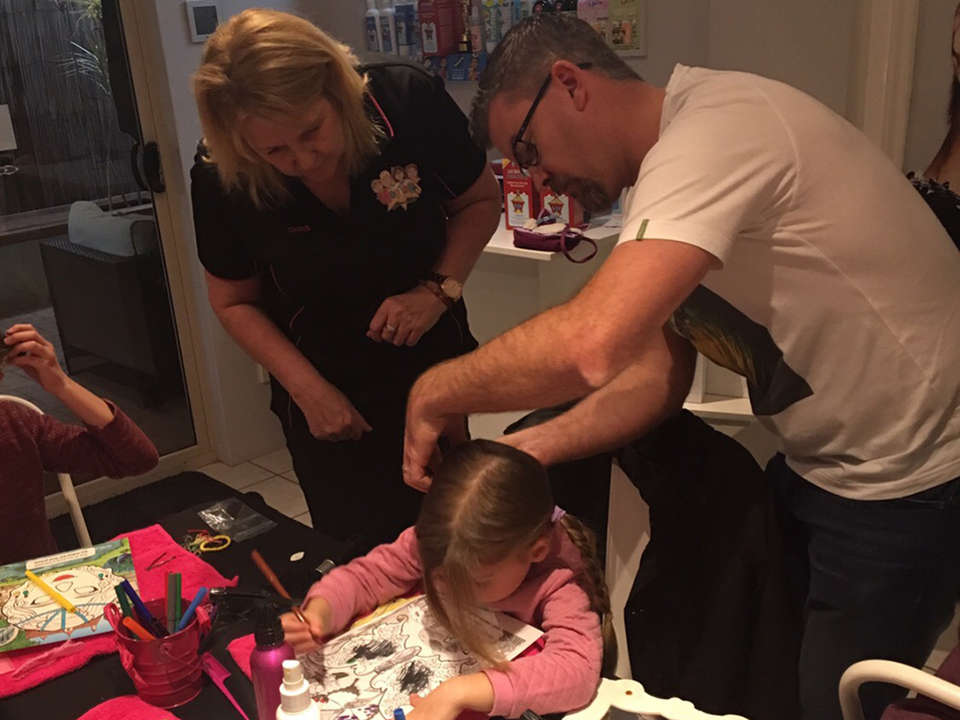 Chris explains that these dads really do want to learn to do how to create the perfect bun. “When they start, they can look as if they have two left hands, it’s the technique that they need to learn and when they realise and get the technique, they just want to do more,” she says. “When they’re shown very basic things to manage hair, they realise that this is brilliant.”

For the girls too, Chris says the smiles on their faces are priceless as dads are involved in their world. 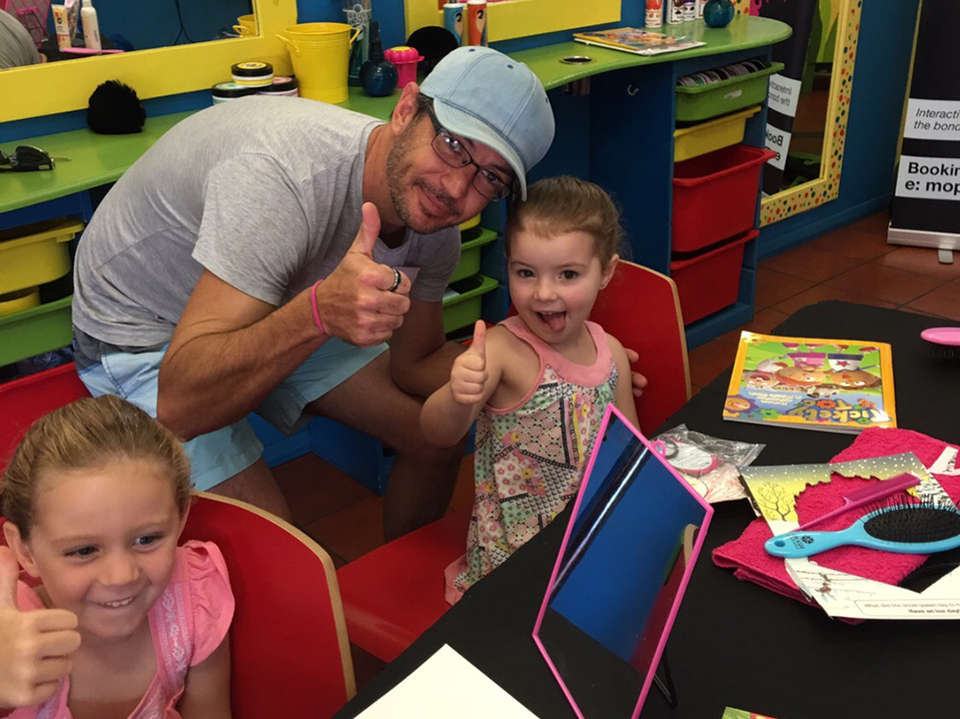 The workshops now include nail painting too, though when they first start Chris says they look like they’re painting a wall. Each daughter encourages their old man along the way; “Yes, Dad, you’re doing a great job!” 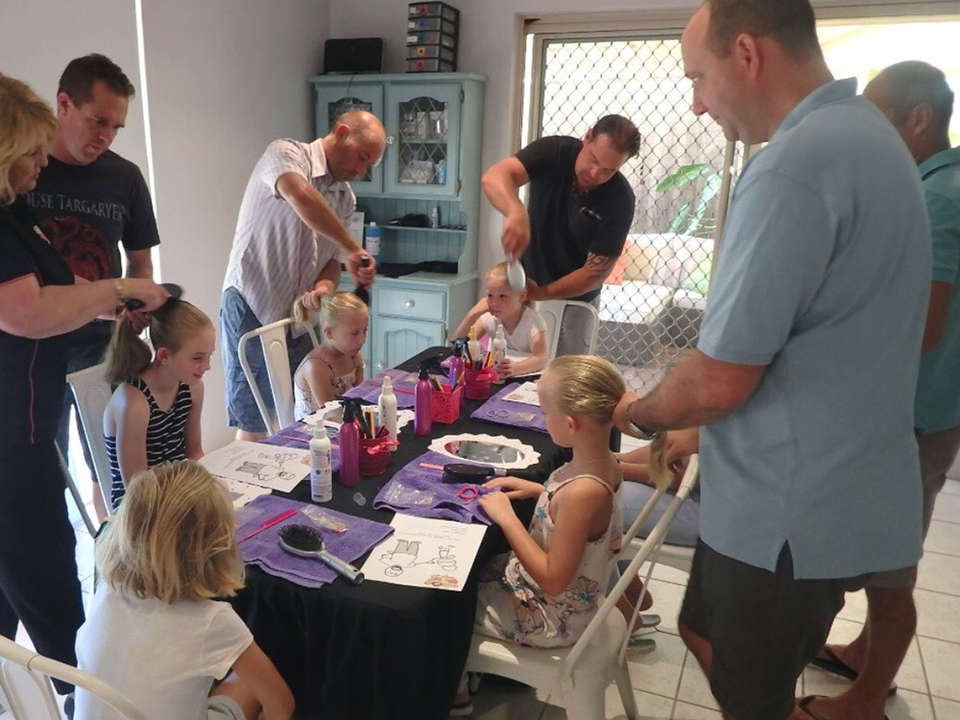 Not in Perth and want to get involved? Watch this space, Chris is going to be getting some tutorial videos up in the next couple months!

Check out this one for now: