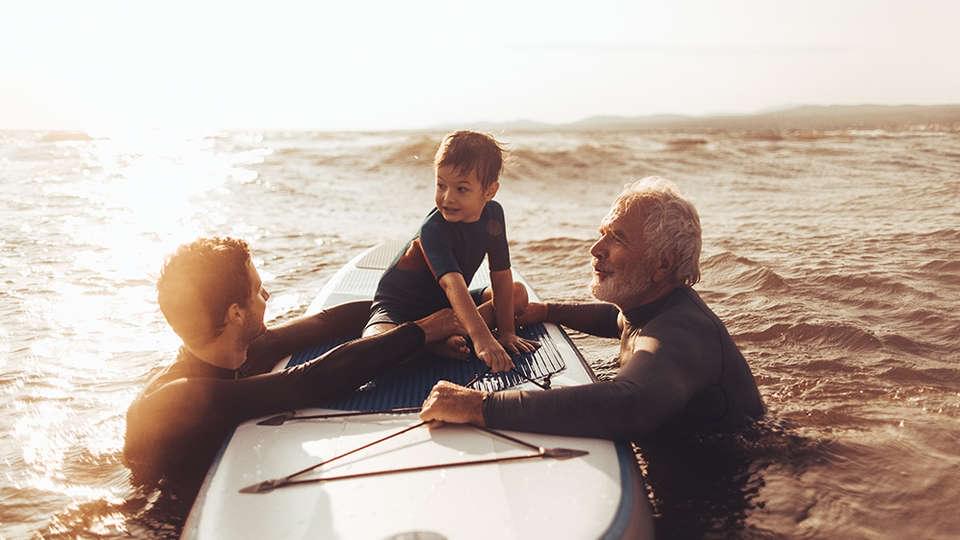 When it comes to mental health, dads need as much care as mums on the parenthood journey.

One in five dads suffer symptoms of anxiety and depression after becoming parents.

And thanks to the combination of lack of access to dad-specific support, and not knowing how to cope with these symptoms, their children’s wellbeing is also negatively impacted.

They’re the significant findings of a recent study by The Parenting Research Centre.

Lead researcher, Dr Catherine Wade told Kinderling Conversation that the discovery has ignited a passionate quest for better support and information for fathers.

1 in 5 dads are battling anxiety and depression

“Our research a little while ago [was conducted] with a representative sample of Victorian dads. And one in five told us they had experienced symptoms of depression and anxiety since becoming parents,” said Catherine.

The results have proven exciting for the researchers, in terms of the insight it's provided into where dads currently turn to for support and information, and also where social policy makers can help fill in the gaps.

Mums' versus dads' mental health: How do they compare?

“More mums self-report mental health issues - 1 in 3 mums, compared to 1 in 5 dads. But it isn’t about comparing because there is lots of stigma around these issues for men, so there could be a lot of under-reporting going on.”

Catherine also said this stigma can explain why dads haven’t been considered as much as mums in the national conversation about parenting and mental health.

“There is growing awareness of men’s mental health. Beyondblue and the Movember foundation have done an amazing job of bringing an awareness to society of men’s experience … Yet our research shows us that we need to broaden the conversation to include what is specifically going on for dads.”

What does this mean for kids?

Their father's mental health has a significant impact on children’s growth and development.

Catherine describes the day-to-day feelings of stress and anxiety for parents as 'low-level' mental health issues, but their impact is keenly felt within the family dynamic.

“When fathers have those sorts of issues they are less likely to be responsive to a child's needs, [or to react] to them in ways that we know will help the child with language development and understanding of new concepts,” she says.

Encourage dads to reach out in the early days of parenting

Early intervention in those first days and months of parenting can make a big difference to mens' experience of parenthood.

“Encourage dads to speak out, speak to each other, and speak to their partners. Men are less likely to access support in the early parenting days, although the first-time groups are readily available,” says Catherine. “The vast majority of attendees are mothers."

Catherine explains that there are a number of reasons for this:

"The times that they are run don’t suit, men don’t feel welcome in those locations, they don’t want to be the only man there with women talking about parenting ... The key for men is to have access to an environment that is not threatening, where they can feel 'Oh this is normal, this lack of sleep and feeling tired all the time'. This is not a normal offering for men, they are missing out on the support that is pretty available for women.”

Catherine said the research confirmed that how a man feels about his role as a parent can contribute significantly to his mental health.

“If you feel confident and like you’re doing a good job, then you’ll be more likely to do things that we know help children’s development, like singing, or getting down on the floor to play with them.”

Be part of the change: How to help the dad in your life

Making a bigger effort to include dads in the conversation about parenting is a vital piece of this puzzle; as is assessing the expectations we put on men.

“There’s definitely been a shift in the recent generations of what we expect of fathers," explains Catherine. "We haven’t changed the expectation that men are still being the breadwinner, but we also have this additional layer of expectation for them to be more involved in parenting. Now this is for very good reason - because children thrive when their dads are involved. But what we haven’t considered is how these high expectations in parenting and work can impact dads' mental health.”

Perhaps the most significant of Catherine’s team's findings was the fact that improving mental health outcomes for dads means happier kids, and happier families overall.

Which of course, is what we’re all striving for. 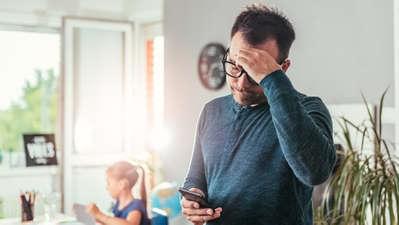 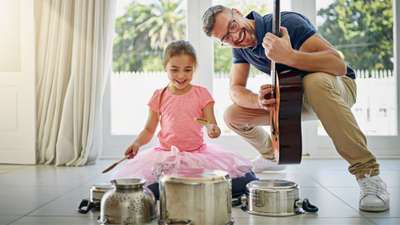