Double trouble! How to prep for baby number two 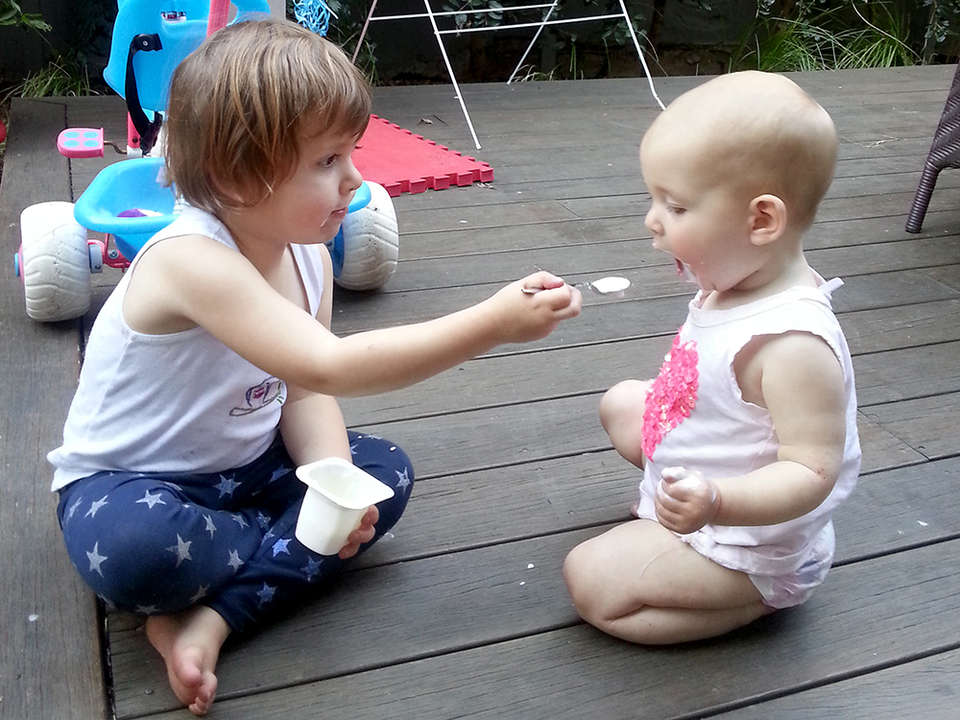 Got one, so the second should be a cinch, right? We wish! As any parent with a pair will tell you, doubling down brings a whole new level of challenges and time management mayhem. Our Baby Helpline guru Chris Minogue shares her terrific tips for handling your own dynamic duo.

1. Remember how demanding one baby was

It can be hard to recall through the first-baby fog, but Chris says it’s vital for planning ahead realistically.

“Parents can forget the new baby still needs all the attention the first baby got. The adjustment from one child to two is much bigger because you have all the time in the world for your first. With your second, you have more constraints because you’ve got a toddler or a school-age child and their life has constraints around it too, like pre-school or school.”

2. Get your gear sorted early

Give yourself plenty of time to anticipate your new two-child configuration, and resist taking shortcuts.

“I’d say most (parents) forget about it until about a month before. If we take the example of a two-year-old first child, it’s really hard because they look like they can come out of a cot, so do I get a second one? My thing is toddlers should stay in there ‘til they’re two and a half, so maybe get a big bassinet for the first one, or a port-a-cot. Some people rush the process and they pay for it. It’s the same with car seats and prams.”

3. Don’t over-explain things with your toddler

It can be tempting to tell your tot everything, but Chris advises keeping things simple. The birds and bees can wait.

“(Sometimes) we overthink the toddler. The toddler’s pretty basic and as long as life is generally plodding along, they’re okay. They’re better with visual things than a lot of talking. Stick to really simple things, like going past the hospital and say ‘Mummy has to go in there and stay there to get the baby’. Keep your sentences short and keep it in a tone they understand. They don’t need to explain where the baby came from at two or that mummy was in a lot of pain.”

4. Scale back other commitments

With a new kid on the block, it’s vital to dial down the extra-curricular activities until later.

“The only way you can meet the needs (of your newborn) is to decrease everything else. So if you’re the one who took the child to ballet, to music etc., that’s not going to happen now. Prior to the baby’s birth, pull those back so your toddler gets used to being at home more and being okay with playing at home more.

5. Call reinforcements at the right time

Resist calling the troops all at once. Instead, schedule them smartly to help with your baby battles over a longer time.

“In that really acute stage, that first six weeks, I often say don’t have your (parents) come over when your partner’s there. Get them over when they’re back at work. One, you’re not overcrowding the toddlers, and two, you’re extending the period of time you’ve got support while the baby’s really little and needs those concentrated feeds.”

6. Keep your first occupied while feeding your second

Or as Chris puts it with a laugh, “use bribery, corruption, deception” to distract your toddler while you’re busy with the boob or bottle.

“Don’t put on their favourite Thomas The Tank Engine episode until you’re ready to sit down to feed. Also make sure the room is a safe environment for them so they’re not going to escape to the kitchen while you’re in the middle of feeding a cranky baby. Little moments of iPads and television isn’t a bad thing, it’s about what they’re watching. With toddlers, I also try in the long term to get them to have their afternoon sleep so you can feed the baby.”

Dealing with two kids at the end of the day can verge on apocalytpic. Chris recommends making it easier for everybody and tweaking your toddler’s timeline.

“Bring dinner forward to about 5pm. Cut out the afternoon snack and make dinner earlier, just to give yourself more time because you’ve got a tired toddler and a cranky baby. (Then after that) I give them a bath so your two big tasks are done. By that stage, the toddler is feeding off you (mood-wise), so if you’re chaotic, theyre chaotic.”

8. Make time for your toddler

Even it’s just five minutes, take a moment and give your little guy or girl some VIP time.

“It’s difficult because you’re pulled both physically and emotionally between the two so you can have nothing left by the end of the day. Your toddler might say ‘put the baby down’ or ‘give daddy the baby’, and what they’re saying is they need a little time (with you).”

Hear Kinderling Conversation weekdays at 12pm and subscribe to the podcast