Exhausted mum fell asleep on the floor. Her husband's response was perfect. 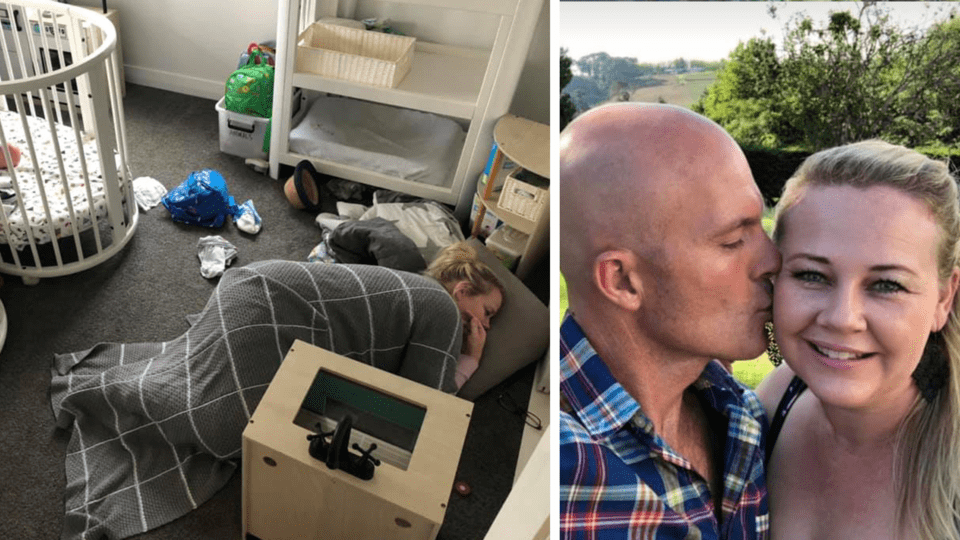 Raising kids is a tiring job, but it's a whole lot easier if we have the right support around us.

New Zealand dad of three, Peter Bristow, was downstairs feeding his sons (including twins) lunch when he realised there was someone missing.

“Where the heck is mum I thought. She must be tidying the boys’ room … Then after a few minutes more… she still hadn’t emerged from the bedroom… I decided to see what she was doing,” Peter writes in a Facebook post.

Lo and behold he found his wife, Sarah, on the floor, fast asleep.

“Is she even alive?”

“All I could see was a pair of feet in the doorway. My heart started beating … Is she even alive … This was actually my first thought as my wife usually just doesn’t stop!” says Peter.

“Upon closer inspection, I was relieved she was breathing… so I took the two blankets off the boys’ beds and gave her a pillow. She emerged 20 odd minutes later after a little nana nap.”

Poor Sarah. Just looking at that photo sends a shiver of empathy down my spine – you never forget being as tired as that.

“She said she’d changed the nappy and just looked down at the carpet like it was a luxurious bed of feathers,” Peter continues.

“Nice to see a husband appreciating the hard work and endless dedication of their wife,” one person commented.

Another wrote: “I’ve done this before and woken up to the kids sitting beside me watching tv very quietly and I was covered with the youngest blankie.”

“This gave me goosebumps. I remember those days. Remember to keep being kind to each other,” said another.

Sarah emerged about 20 minutes later and got on with things. As mums do. Sometimes that 20 minutes, or even 15 minutes, of sleep can do wonders for your energy levels.

And nothing beats having a partner who supports you by just leaving you alone to do just that.

Like Peter says, “Bless you hun. You give life 💯 it was nice to see you ‘just stop.’”