Kids in crisis: Facing up to Syria as a parent 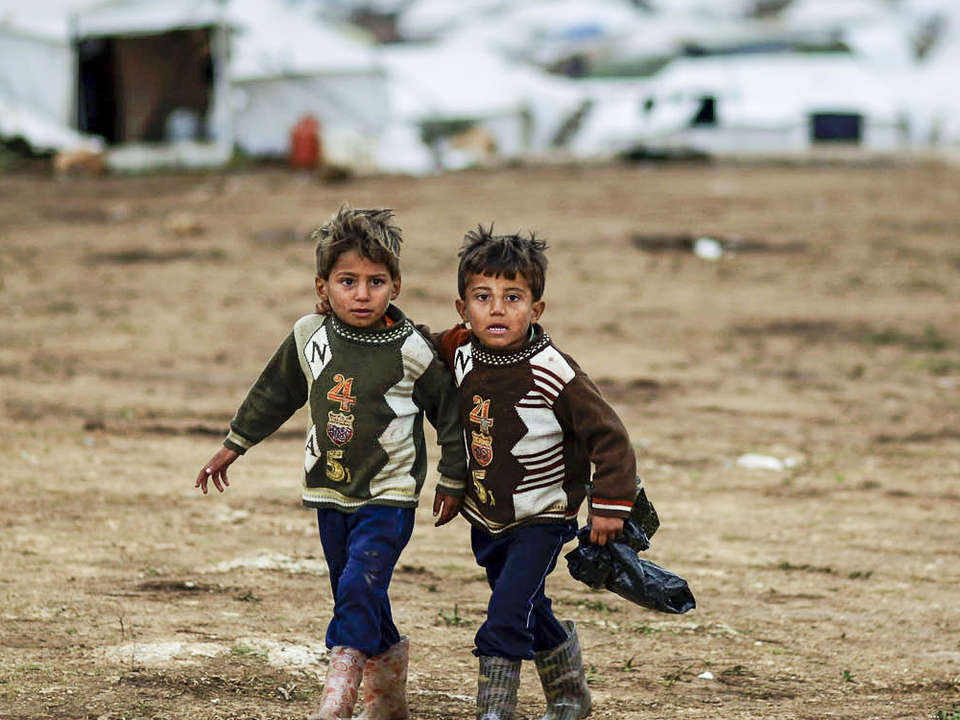 This morning scrolling through my Facebook feed I was caught, arrested in my tracks by the video image of a young boy with a gas mask over his face. Perhaps you’ve seen it. It was an Al Jazeera broadcast of the last remaining hospitals treating children in Eastern Aleppo being bombed.

It’s something I’d rather look away from but I couldn’t.

The images feel seared onto my retinas. Particularly of one woman hugging another with what looked like a dead baby in her arms. Images of children buried under buildings. Dust, chaos, fear.

They bombed a hospital.

I was at my desk, about to start work – recently refreshed from a swim, having left my children safe and happy on their way to a day with Nanna and Pop. The taste of coffee in my mouth. Clean clothes on my back.

The astounding disconnect between my life, and what I saw in that video was cutting. I felt angry, sad, and responsible. An oft-repeated quote reverberated in my head: “The only thing necessary for the triumph of evil is that good men do nothing.”

It seemed so unreal. We see so much violence and tragedy through social media and on the news it’s easy to feel a million miles away from this kind of suffering.

I wanted to hear from someone at the coalface.

And you can’t get much closer to that than Sophie McNeill. Sophie is a video journalist with the ABC based in the Middle East, and she has two young children herself.

Sophie was nominated for a Walkley Award in 2015 for her coverage of the Syrian refugee crisis. Her reporting has helped reunite a Syrian refugee family, and earlier this year she broke the story of children starving to death in the besieged town of Madaya, Syria.

“The horrific, unflinching reality for children in besieged East Aleppo is that it's pretty much hell on earth. They are shelled, bombed, are killed sleeping in their beds as their houses collapse on them, or from a lack of medical care and now food is running out and parents can't feed their children properly and kids are hungry. It's a nightmare, a war crime and it's unimaginable that the world is sitting by and letting this happen.”

It’s been estimated that there are 100,000 children under siege in Aleppo.

According to a spokesperson from Save the Children, it’s incredibly difficult to get aid into Eastern Aleppo.

“The last aid delivered to the city was in July, and the very last of the UN food and supplies were distributed on 11 November, which means that there is nothing left. The UN and opposition groups have agreed access for another aid convoy, which can proceed once all parties agree to a ceasefire. A 72-hour ceasefire is urgently needed to bring humanitarian relief into East Aleppo and evacuate the sick and injured.”

It's time, as parents, we faced up to what’s happening in Syria.

I say this as a mum who has various Excel spreadsheets, diaries and calendars to make the wheels keep turning.

As a parent who worries constantly that my kids aren’t eating enough veggies, are watching too much TV, and whether we’ll have enough money to pay this month’s rent, or the kids swimming classes.

My family is the heart of my world, and sometimes it feels like nothing else can fit inside that world.

But then I look at my children.

My daughter, almost five years old, who if she’d been born in Syria, would have only known a world at war.

My son, so deliciously gorgeous at two, always scavenging food from my breakfast or dinner, just because he likes to eat what’s on my plate.

Imagining his face, and so many like his, not having enough food to eat. Faces like his orphaned, poisoned by chemical gas, lying wounded in a hospital that is then bombed.

But Syria is different. We can do something.

Petrea King is the founder and CEO of the Quest for Life Centre. She has witnessed and supported thousands of individual tragedies that would split anyone’s world in two. Families who have lost a parent to cancer. Children with terminal illnesses.

I often wonder how she continues to do the work she does, with such a twinkle in her eye and such capacity for joy and compassion.

When I asked her about Syria, and how she responds to the war, she said it’s important that we don’t turn away.

“It’s a healthy sign for our hearts to break. It’s good to know when our hearts break they do heal, and I think they heal bigger because of the scar tissue, so the last thing we want to do is harden our hearts to the suffering we see in the world… we need to know we’re interconnected with the global community, with our human family.”

You may still be thinking, but what can I do? When it seems like our politicians are sitting on their hands, when the international community is doing nothing to protect these children.

Sophie McNeill says that there is plenty that we can do.

“Donate to UNHCR, MSF, UNICEF. Go out and volunteer with your local Syrian refugees (so many arriving in Australia have been through real hell). Write a letter to the Russian embassy, Join Human rights watch, Amnesty International.

There are no excuses with Syria. It's all there happening live on our Facebook and on our Twitter [feeds]. I don't understand how people can just see this and press the little sad face on Facebook and just keep clicking past like it's not real or something.”

And here’s the thing. I’m angry, I’m sad and I feel helpless. The world we’re living in seems so devoid of compassion it frightens me, it frightens me for the future my children will be inheriting.

But we have to start somewhere. And if there’s one impact we do have in this world, it’s on our own children.

Let’s face up to what’s happening in Syria. Once you’ve read this article, don’t just click that little sad face and move on.

:: Casual work and childcare: a conundrum for modern families
:: Can a time-poor mum embrace better health with whole foods and mung beans?
:: We need to talk about stillbirth
:: Young boy's welcoming letter to refugees gives us all hope