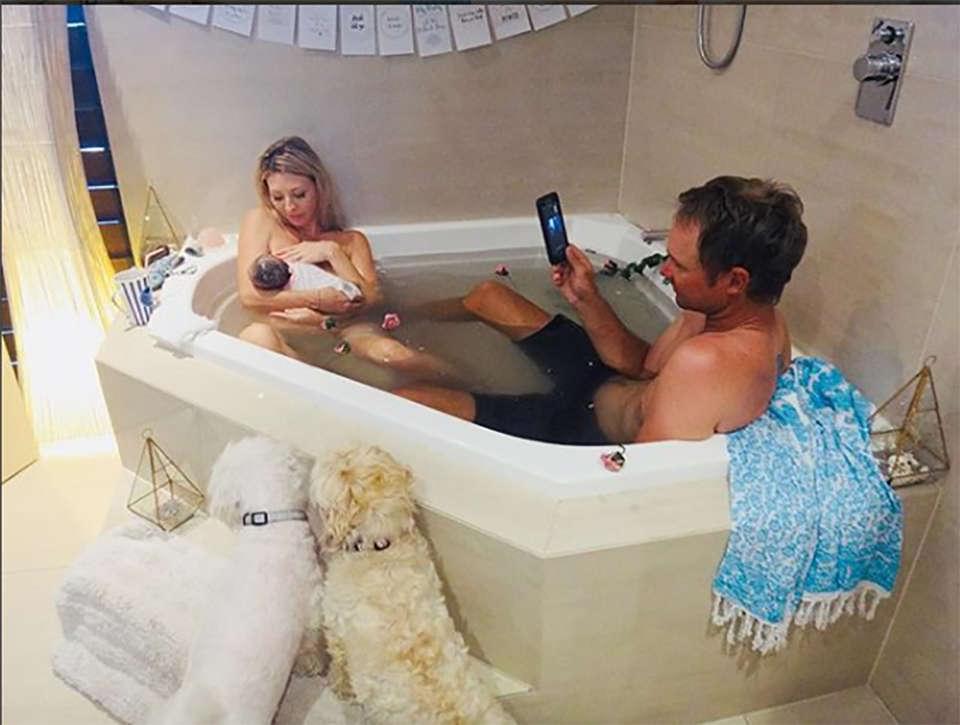 Jessie Goetze’s first birth is sparking a lot of chatter about bloggers promoting what some see as unsafe practices.

“It was easy and pain-free”

Jessie gave birth to her daughter Mahli at home, in the bath, assisted by a doula. She used hypno-birthing techniques through her labour and her husband helped deliver their baby, as the family dog watched on.

The amazing video of this peaceful birth makes it look so easy, and Jessie says … it really was!

Speaking about the birth later, Jessie told birth activist Julie Bell, “Wanting to be in control of my body and birth is the reason I decided to have Mahli at home. I knew that if I felt safe and supported in a loving environment, that the birth would be easy. And it was – easy and pain-free.”

Tomorrow, an article will be printed in The Daily Telegraph to highlight “concerns from obstetricians about water births and home births being promoted on social media, when evidence based research suggests they pose serious health risks.” . . The trigger for this was Jessie’s gorgeous video of her perfect, peaceful, practically pain-free PRIMIP home water birth. Who could ever have imagined that such a picture of utter bliss, clearly a safe, successful and satisfying experience for mother, father and baby – could attract such ire? The journalist would like to know, do we think it’s “responsible” to promote homebirths on line when research published in the Medical Journal of Australia SUGGESTS that babies born at home births are SEVEN TIMES more likely to die of complications that those born in hospitals; and how we respond to concerns that water immersion poses multiple risks including drowning? . . She also wants to know why Jessie had the dog in the bath with her at her homebirth. A dog. IN THE BATH! But before we all go berserk, indulging in our fake-news-triggered outrage-fest, perhaps a few salient facts are in order. 1. The “7 x” study is inconsistent with overwhelming evidence that continues to affirm the safety of homebirth and birth centre births, such as the 2018 systematic review and meta-analysis which determined that, “High-quality evidence about low-risk pregnancies indicates that place of birth had no statistically significant impact on infant mortality. The lower odds of maternal morbidity and obstetric intervention support the expansion of birth centre and home birth options for women with low-risk pregnancies.” . . 2. There is no quality evidence of babies drowning during waterbirths and the Cochrane Database showed in May, 2016 that: “There is no evidence of increased adverse effects to the fetus/neonate or woman from labouring or giving birth in water.” . . 3. Her dog. Was NOT in the bath. This factoid is as spurious, and distorted, and contrary to clear evidence - as the others. . . #birthfright #birthdystopia #birthchoices #mybodymychoice #melbournedoula #evidencebased #cochranedatabase #waterbirthsafety #homebirthsafety

Jessie’s experience sounds idyllic and she was obviously brilliantly prepared for what lay ahead – and any contingencies. But concerns have been raised over the promotion of home births online, and some experts are worried that women may be keen to have their babies at home without being fully aware of potential risks.

Media outlets are reporting there was “no midwife” at Jessie’s birth (she had a doula), that the family dog was in the bath (it wasn’t!) and that babies might drown during water births (doctors and midwives are still debating if this is true and say more research is needed.)

Jessie told The Daily Telegraph that she wanted to give birth away from the monitored and medicalised environment of a hospital, and felt that at home in the bath was the best option.

“It was very important to me to have an intervention-free birth including cervical checks but due to [hospital] policies and regulations this could not be promised.”

“Obstetrician Dr Michael Gannon, a former president of the Australian Medical Association, said it ‘beggared belief’ that someone would promote giving birth in the bathtub next to a family pet,” The Daily Telegraph reports.

Our first Breastfeed. Mahli crawled her way up for her first feed about 15 minutes after being born. After such an easy pregnancy and birth little did I know the difficult journey we would be taken on. After 5 weeks of intense pain, pumping every two hours to feed and me being hospitalized after getting a blood infection via my terribly wounded nipple, and seeing many many specialists Mahli was finally diagnosed with tongue, lip and cheek ties. After the laser to release them and 6 weeks of 4 hourly stretches our breastfeeding journey finally began. Life became much simpler and I am 100% happy that I listened to my mama spidey senses and persisted in finding out why feeding was so unbearably painful. Thank goddess for my IBCLC @themilkmeg, Dr Kate at @chiropractic_works_cairns & Dr Lindsey at @absolutelydental #breastfeeding #normalizebreastfeeding #worldbreastfeedingweek #worldbreastfeedingweek2018 #freebirth #homebirth #doula #doggiedoulas @australianbreastfeedingproject

The safety of home birth is still being hotly debated in Australia. A recent study which found that home birth was as safe as hospital birth was labelled as misleading by some doctors.

“We are keen to make sure people making the choice have the right information and not given information that is falsely reassuring,” Professor Steve Robson of The Royal Australian New Zealand College of Obstetricians and Gynaecologists (RANZCOG) told The Daily Telegraph.

The study author Professor Caroline Homer, Director for the Centre for Midwifery at the University of Technology argued that women wanting home birth should be supported by and better included in our health system. She also said we need to look more closely at home birth in Australia and more research is vital.

The night she was born: yes the latch hurt but I expected there to be some kind of pain to begin with. My Doula was concerned but the specialists seemed to think everything was ok. My advice: The latch might look perfect but if it doesn’t feel like it, it’s probably not! Proud to say that we are almost 10 months into our journey and thanks to pursuing answers in the beginning she is a serious boob monster now! #normalizebreastfeeding #breastfeeding #worldbreastfeedingweek #worldbreastfeedingweek2018 #mumlife

“In the right circumstance”

The study findings provide “more evidence that homebirth can be safe given the right circumstances,” Professor Homer told The Daily Telegraph, asserting that the RANZCOG’s rejection of her study’s findings was indicative of the “turf war” between some doctors and midwives over birth.

“What [the study] shows that homebirth can be safe and more research on the whole country is needed. We are doing such a study and will be published later this year,” she said.

“This study is showing women that in the right circumstance, homebirth is a safe option and we should be saying to our health system, why aren’t you providing this option?” 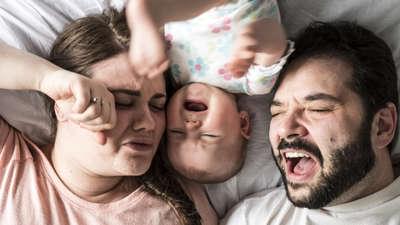 Does sleep affect how you parent?