Fresh Prince of Spring Air: The new royal bub is here and he's a big one! 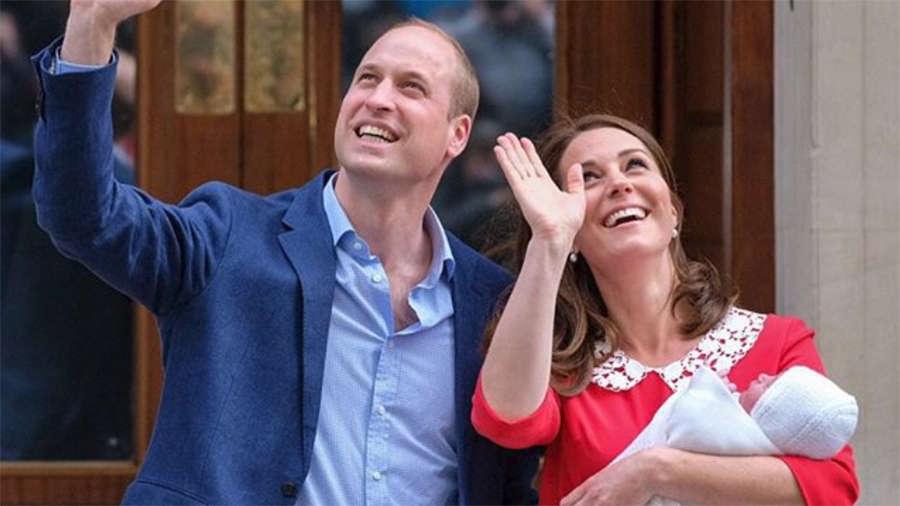 Unless you’ve been living under a rock, you would have heard the British royal family has a new member, just in time for British spring! And apparently, he’s the biggest royal baby boy in recent history.

Kate and William announced they were expecting baby number three on September 4 last year, and after months of fence watching and due date speculation, their little one is here!

“The Duchess of Cambridge was safely delivered of a son at 1101hrs. The baby weighs 8lbs 7oz. The Duke of Cambridge was present for the birth. Her Royal Highness and her child are both doing well,” the Palace bulletin, placed outside Buckingham Palace, read.

“The Queen, The Duke of Edinburgh, The Prince of Wales, The Duchess of Cornwall, Prince Harry and members of both families have been informed and are delighted with the news.”

Outside the hospital, William told the assembled media he was “delighted” and “very happy”, that now he has “thrice the worry”.

“We didn’t keep you waiting too long this time,” he said proudly.

Big brother Prince George was born in just over 10 hours, while Charlotte emerged after only two and a half hours. This third little boy arrived after a six-hour labour.

Prince William fetched George and Charlotte after the baby had arrived, taking them into the hospital in front of the world’s media, to meet their sibling for the very first time.

Later, they headed off, and then Kate and William headed home, but not before they debuted their new son on those famous Lindo Wing steps.

There’s no name reveal as yet, but it’s expected in a day or two, as was the case with George and Charlotte.

Sometime before 6am London time, Kate and William headed into St Mary’s Hospital, ready to meet the baby who is fifth in line to the throne. The Palace announced Kate was in labour soon after, once she was safely ensconced in the hospital’s Lindo Wing, far from the media’s prying lenses.

“Her Royal Highness The Duchess of Cambridge was admitted to St. Mary’s Hospital, Paddington, London earlier this morning in the early stages of labour,” Kensington Palace reps tweeted.

“The Duchess travelled by car from Kensington Palace to the Lindo Wing at St. Mary’s Hospital with The Duke of Cambridge.”

A web page set up for the royal baby went into meltdown as media and royal watchers across the globe refreshed for updates on Kate and William’s newest tot.

As servers groaned, media rushed to assemble in front of the hospital to report on the final hours of the Great Kate Wait. Live video feeds of the Lindo Wing’s front steps were beamed out to keen observers, ready to capture news of this much anticipated arrival!

Kate’s pregnancy was announced during her first trimester, as explanation for why she was forced to cancel engagements. The Duchess was suffering terribly from hyperemesis gravidarum, a condition that causes severe vomiting and general unwellness (some describe it a kind of extreme morning sickness).

She was laid up for several weeks but returned to duties once her illness had passed and worked right up to the eighth month of her pregnancy.

Once Kate headed off on maternity leave, William joked to Ringo Starr that she was due to give birth “any minute now” and London’s St Mary’s Hospital began their own nesting process, painting their front fence and tidying up their very famous steps.

Prince George (who is four, born on 22 July 2013) was born at St Mary’s and debuted on the steps in front of assembled media/the entire world. Princess Charlotte (who is two, born on 2 May 2015) was also born at the hospital’s Lindo Ward.

We think the team behind this latest delivery were Doctors Alan Farthing (who is also the Queen’s surgeon-gynaecologist and obstetrician) and Guy Thorpe-Beeston (surgeon-gynaecologist to the royal household). These gents were on hand at the births of Prince George and Princess Charlotte, so they may have overseen the safe arrival of baby number three.

It’s thought that Maria Teresa Turrion Borrallo, Kate and William’s live-in nanny, will help care for the new arrival. She’s been looking after George and Charlotte for several years.

We very much look forward to getting to know this new little royal. Huge congratulations to William, Kate, George and Charlotte!