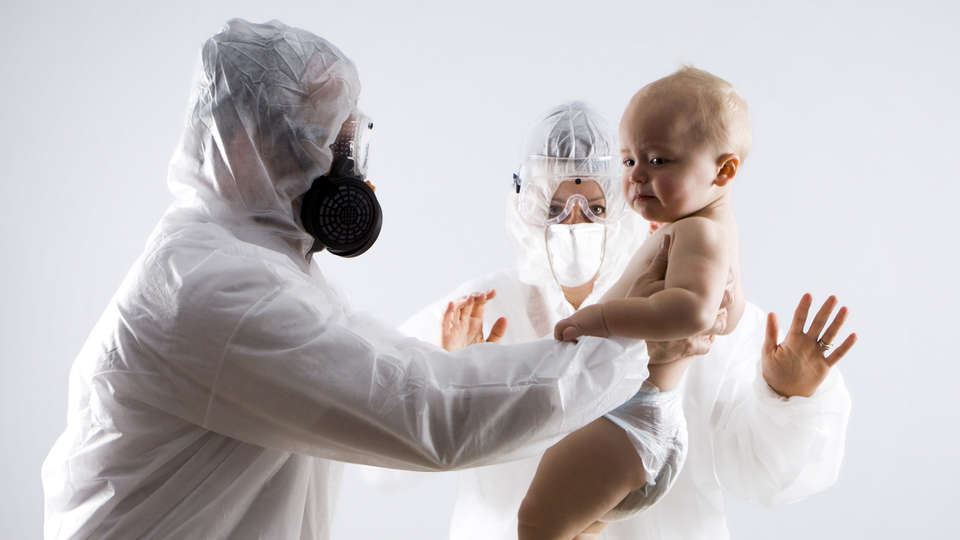 It’s now been three days since the first case was reported.

It was a normal chaotic Monday morning, as we rushed to get ready for school, day care and work. Nothing seemed amiss. Until the text arrived, blinking benignly on my phone.

The text was from my sister-in-law asking me how we were. Had we been up all night, as they had, our heads in a toilet bowl? She was wondering if she and my brother had a case of food poisoning or if perhaps, it was Gastro.

I use a capital for this word because it’s special. Really it is. It’s a word that strikes fear into the hearts of many. The mere mention of it can make you feel instantly ill yourself. Say it in front of another person and they’ll probably take two steps back.

Food poisoning was quickly ruled out as no one else had been sick. Yet.

The night before (before my sister-in-law and brother had their dastardly date with the bathroom) my family had gathered to celebrate my mother’s birthday. Eight adults and six children. All bumping around together, laughing, sneezing, spreading germs. At the time it seemed adorable when all six children blew out the candles on my mum’s birthday cake.

Now all I can think of is those invisible germs, hanging in the air, waiting to land.

Gastroenteritis is an extremely contagious illness, most commonly caused by a viral or bacterial infection. It can strike suddenly with little warning, that is, for ground zero. In this case ground zero was my sister-in-law and brother. There had been no indication they were ill at dinner.

For the rest of us, we were suddenly transported to the film Contagion (I know, #firstworldproblems. Still. This is Gastro.).

The next reported case was my little niece. Then my mum. Then my nephew.

Who would be next?

I waited, hands gripped around my phone. I got a text from my sister: “There should be a word for Gastro dread.”

She was right. The fear of Gastro has been following me for days. I considered sleeping with a bucket next to my bed. I made plans in case I was absent for work. As much as I try to put it from my mind it follows me; a deep foreboding that there is no avoiding my own demise.

Ironically, there’s a word for the fear of vomiting. It’s “emetophobia” and I already have a mild case of that. Perhaps we should coin the phrase “gastrophobia” to define this ominous feeling that hangs suspended on the utterance “so-and-so has gastro” or “day care/ school has had a round of gastro”.

As I wait for what seems the inevitable, I’ve been hyper aware of any potential symptoms. Sarah Hunstead was a paediatric emergency nurse for over 14 years before she founded CPR Kids. She says the symptoms to watch out for are intermittent tummy cramping, feeling a bit “off”, nausea or loss of appetite.

Which is hard for me to quantify, given just thinking the word Gastro makes me feel nauseous.

If this was Contagion, then I consider Sarah to be the equivalent of the World Health Organisation. I feel safe looking to her to help me contain this distasteful illness.

Apparently we don’t need to mobilise the health units, or start tracking back to ground zero. As a common illness gastro is fought with a very common prevention strategy: fastidious hand washing with soap and water.

Sarah says: “If someone in your home is sick, you need to be vigilant about thorough hand washing with soap and water (sing ‘happy birthday’ twice), not sharing food or toys, no big sloppy kisses, careful nappy diarrhoea /vomit disposal however sometimes you cannot escape it!”

And you need to quarantine yourself for 24-48 hours after you have stopped having any symptoms.

Three days since the first case was reported. Is my family still in the cycle of contagion?

All I can do is sit and wait. 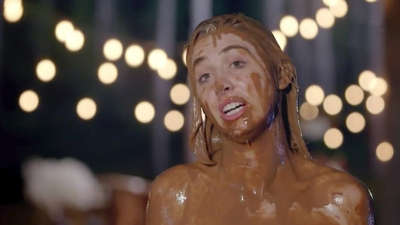 How to stop the flow-on effects of gastro

We get to the bottom of the virus and how to treat it. 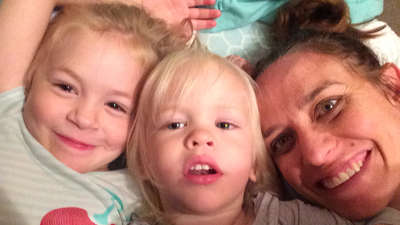 Why you should drop everything every now and then.