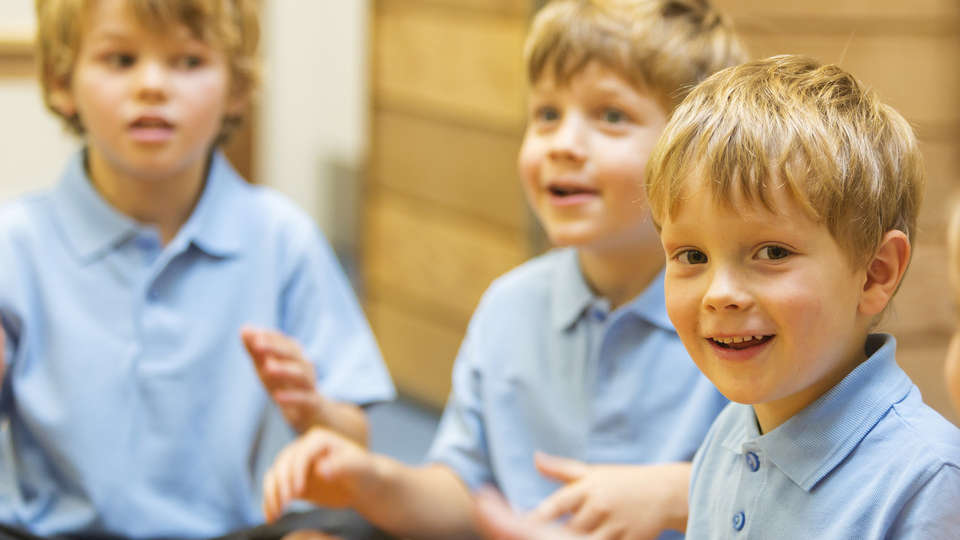 While we’d love to think that boys and girls start on the same level at school, sadly this is not the case.

Maggie Dent, author, parenting educator and mother of four, explains that their brain development and brain chemistry differs between the two genders, resulting in unique starts in the classroom.

“We have got significant research that shows our little boys are a little bit slower to bloom, in terms of the things that are really important in school, and that’s language, communication, being able to sit, follow directions, remember, listen, and they’re biologically wired to play,” she explains.

“Significant research shows that by around five years of age, a statistically significant number of boys are either six to 18 months behind girls in the sorts of things that matter in a classroom, so that’s a worry.”

Boys are also more emotionally vulnerable than we think, and when they feel they can’t get something right, they're not listening, and are feeling confused or frightened, boys become angry and aggressive. We think they’re being naughty, but in actual fact, they’re not quite coping.

Listen to Maggie on the Feed Play Love podcast:

“Some of the sorts of things we need to mindful of is that boys actually biologically have a little less serotonin than girls, which is the calming kind of chemical, neuro-transmitter,” Maggie explains. “And they also run out of dopamine quicker than girls, which is the capacity to stay engaged. Apparently, it’s to do with an enzyme in the muscle layer, because girls mainly have fat; boys have more muscle.”

When boys run out of dopamine, but know they have to concentrate, they end up fidgeting in an unconscious attempt to create more of this crucial chemical. “Often boys get busted because they don’t sit still, and yet they’ve just nothing left in their little dopamine tank,” Maggie continues. 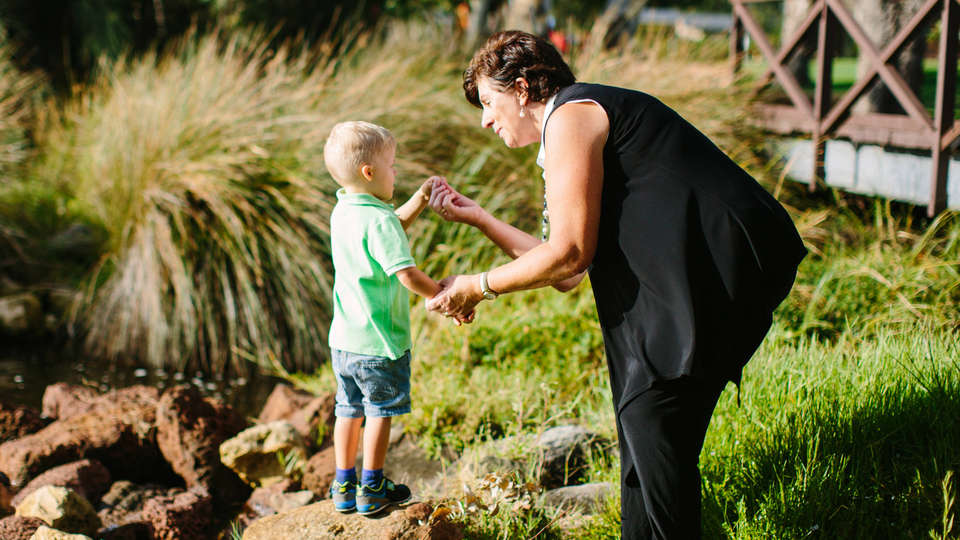 Before they start school, we need to have conversations with our boys about their inevitable need to fidget. Maggie suggests the following as quiet exercises they can do while sitting in a chair:

Maggie has a whole bunch of other tips once school has start to make the transition smoother for him.

Instead of hyping it up, be realistic about what they'll do and achieve in the first year of primary education. Say to him, ‘Look this is something we have to do. But the good news is there’s play time and lunch time.’ He’ll know there’s a break coming and can look forward to it.

Weird, but true! Quite often it takes them a long time to get to a relaxed place, so they’re unable to get anything out. He probably won’t be able to articulate this to you immediately after school, but you can pre-empt it by asking if he wants to go straight home.

3. Be prepared for the after-school meltdown

“It takes so much energy out of a little boy to listen, to try and remember, follow rules and be good, drawing lines, and that just empties the cup,” Maggie says.

Often, she continues, when he sees the person he’s most comfortable with, he just lets all the frustration and emotion out. “Remember it’s all about brain chemicals. He’s got no dopamine left and no serotonin. He probably won’t let you hug him initially, ‘cause he just want to kick you since you’re the one who makes him [go to school],” she notes.

“Always have some good food prepared to shove in his mouth, cause food triggers some good neurochemicals.”

Also, be prepared to play and be ridiculous after a day at school. Laugh, fart and have crazy toys at hand, because novelty can cheer up a boy quite quickly.

4. Avoid interrogation on the way home

At the end of the day, he’s got nothing left in his tank, and can’t wait to get home. Fight your urges to ask a million questions about his day! Instead, be patient, rub his head, ruffle his hair, put some funky music on that he likes, and say nothing. Around bath time, he’ll start to open up, as he’s had time to regroup and is ready to talk.

5. Show him what’s in his lunchbox

This is Maggie’s top tip for the absolute first day of school. To get him excited beforehand, show him what he has to look forward to eating at lunchtime! 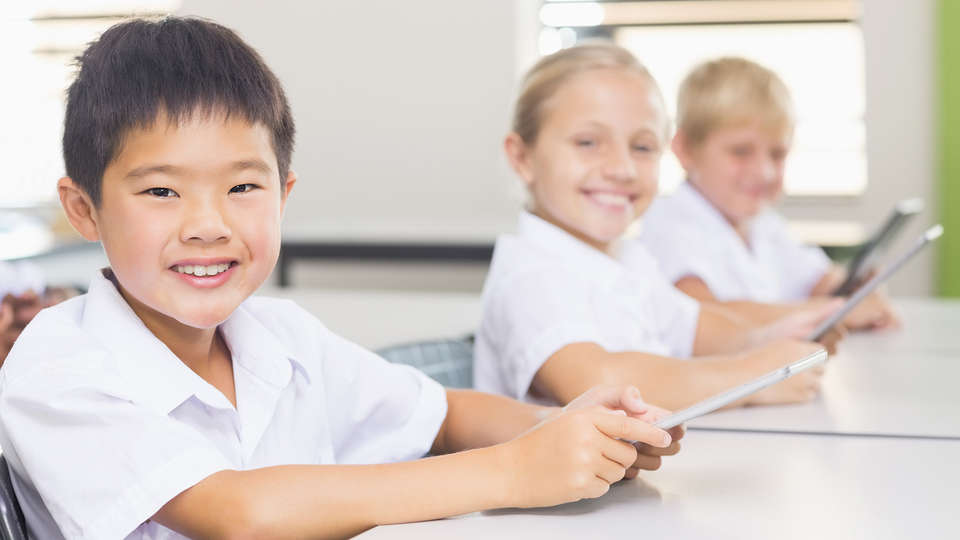 Give him ‘permission’ to feel a little bit wobbly, frightened and anxious on the first day. Teach him to breathe deeply when they’re unsure, and teach little comfort mantras.

Maggie uses 'Round and Round the Garden' in the palm of their hand as a calming mechanism. If that’s something you’ve played with him growing up, it will trigger the same endorphin pathways that make them feel safe.

7. Keep reassuring them you will pick them up

Maggie recognises this sounds ridiculous to us parents, but little boys have this different way of seeing the world. They very often have a fear of abandonment and incredible sensitivity. As well as constantly reassuring him that you will be back, tuck a little favourite toy at the very bottom of their bag so no one else sees, but they know it’s there for comfort.

It’s also part of a bigger part of a boy’s life to keep working on, Maggie says, “The biggest thing for our boys is filling up his love cup, without drowning in ‘I love you’.”

Instead, she suggests that whenever he’s near (unless he’s got some sort of sensory processing issue), hold his hand, tickle him, ruffle the head, give him a wink, a thumbs up, or make a funny face! Boys are quite attuned to those physical touches, and not so much the verbal. It’s those little connections that will make him feel close to you when you’re not together, when you continue those little moments in your relationships with them.

And if your son doesn’t want to come home from school, don’t take it personally! Maggie says it’s a great sign that he feels loved and connected to his family. 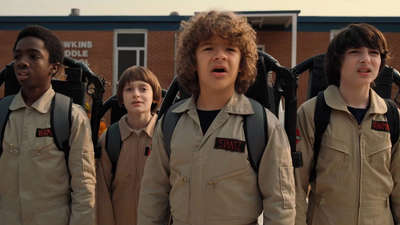 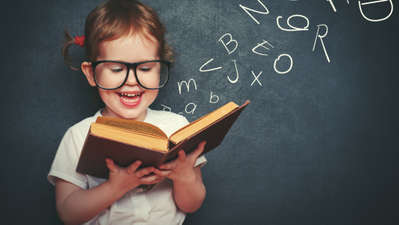 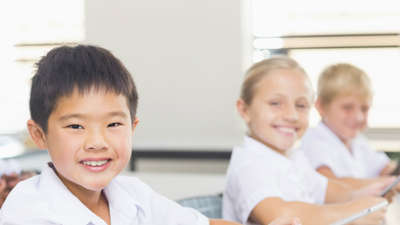 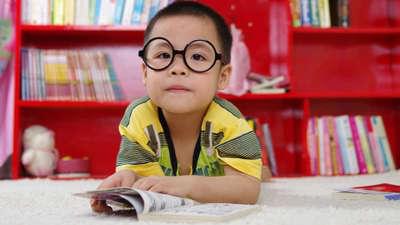