I can’t stop my children fighting, so should I even try? 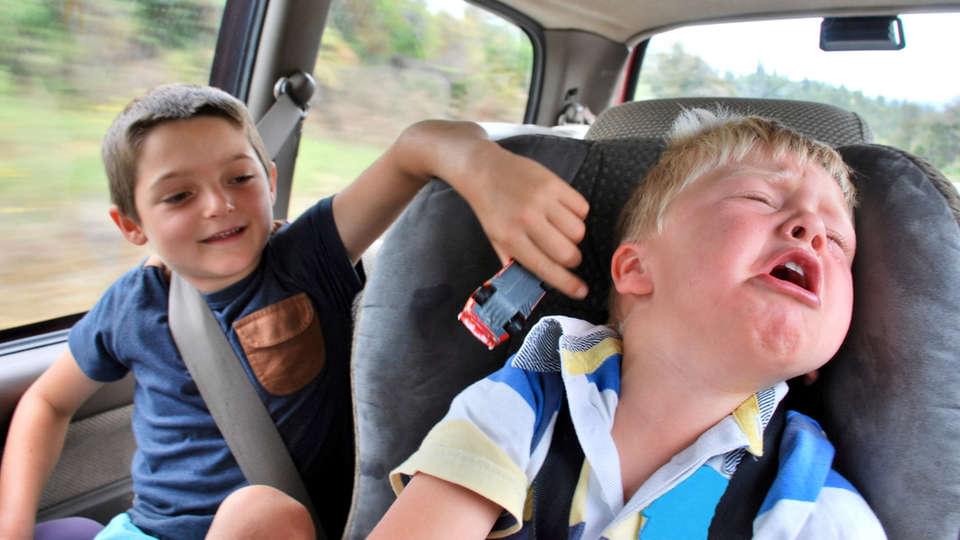 It’s Monday morning and we’re in the kitchen. Breakfast is on the table, music on the radio and my two children are yelling into each other’s faces. Again.

My daughter is almost six, my son almost four, and while they can be great friends and play for long periods without a fight, they also excel at spectacular disagreements.

They fight about toys, personal space (don’t sit, stand, breathe so close to me) and totally incomprehensible topics like whether one is taller than the other, whether a rain coat is red or pink, or who made it to the car first.

When it comes to the inane arguments I find myself at a total loss; what logic can you use when the argument itself is nonsensical?

Karen Young is a psychologist at Hey Sigmund! She says that even though the arguments may not make sense, they always come from somewhere.

“It’s critical that we acknowledge their feelings. We can’t reason with them or influence them when they’re in high emotion. Acknowledging their feelings will start to soothe the nervous system and help them feel calm. Do this by naming what you see, ‘You seem hurt by what he said. I get that,’ or, ‘I can see how angry you are. Can you say what’s hurt you?’”

In one morning they can go from one fight to another, a never-ending verbal ping pong game with bo winner. It feels like a concerted effort to drive me insane. But then I think, maybe I’m missing something. Maybe it’s more than a selfish need to own all the toys, or to be the best. Maybe my daughter is feeling neglected, perhaps my son is feeling unheard?

Help then name their feelings

Karen says everything we do is driven by our needs.

“The behaviours we use to meet those needs might be spectacularly messy, but the needs will always be valid. An argument about who is going to be the tallest, for example, might be about wanting to feel special.

“To move through this, first validate their feelings - ‘you seem really sad. Can you talk about why you’re sad?’ It’s likely there will be a clue in here about the real issue. ‘He said I was never going to be the tallest.’ ’That hurt your feelings didn’t it.’ Then, give them space to say something. Otherwise, try, ‘Feeling big is important for you isn’t it. That makes sense to me.’ … or something like that. The more feeling words you can help them name their feelings, or name what’s happening for them, the more you’re widening their own capacity to do this for themselves.”

Still. At the start of the week having two children screaming at each other under the fluorescent kitchen lights is enough to make anyone lose their cool. I don’t always have the time to acknowledge how they’re feeling, to pry them apart and look into their eyes. I’d like to. But if I did it every time I would be late to work every day.

Step in when someone is about to get hurt

Isn’t there something they could learn by having it out with each other?  Or some  inherent value in me just walking away? Karen Young says yes, it’s important to let them deal with it themselves (within reason).

“As a guide, step in when it looks like someone is about to get hurt, either verbally or physically. Learning how to move through conflict, and disagree well, are important life skills. Every argument they have, is an opportunity to learn important life skills such as moving through conflict, disagreeing well, and the importance of respect and kindness.”

Hmm. So far, they’ve never concluded a “I’m going to be the tallest” style of argument by agreeing to disagree. And it’s more likely to end with a slap to the head than a handshake.

So it looks like I’m going to have to step in for a bit longer.

And maybe, just maybe, there will be a valuable lesson for them at the end of it all. 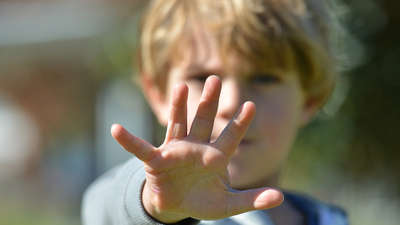 Why fighting about whether men are predators misses the point

A provocative newspaper article has everyone talking, but are we losing sight of the real solution?