I had a baby on my own and it was amazing 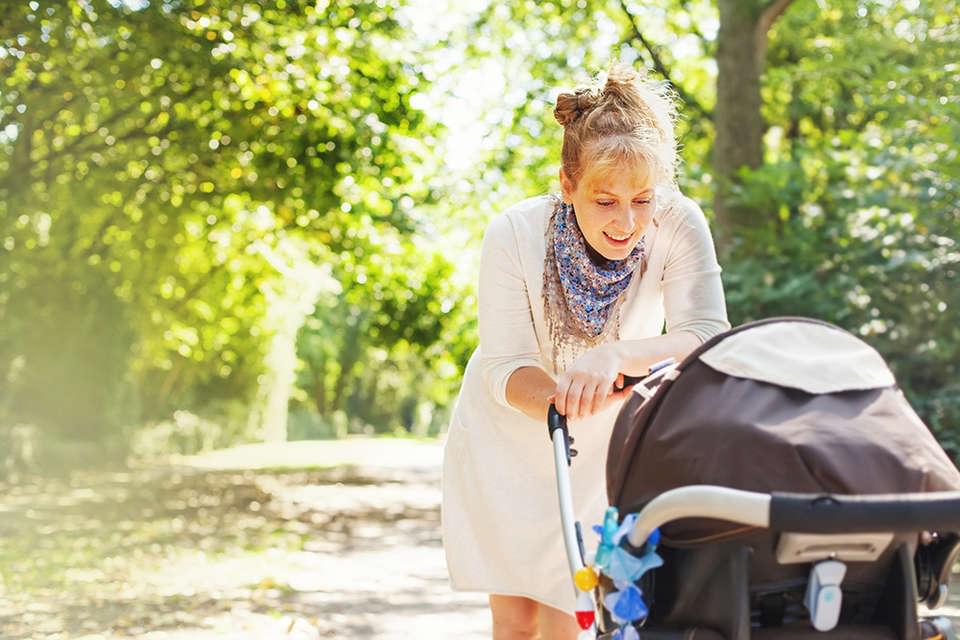 Caroline* was 32 when she found out she had a low ovarian reserve (number of eggs). Realising her chances of conceiving via IVF were slim, she decided she wasn’t going to wait any longer to find a partner and turned to a donor to make her baby dreams come true. This is her story (as told to Babyology).

I always assumed I would have children one day. I’ve always loved kids and was very active in helping when my parents looked after my cousins. But after reaching my thirties and still not having any luck with dating or finding the right partner, I started to think perhaps I should look into having a child on my own. I had a few older friends who regretted never having kids due to various reasons like finances, job security, and support networks, but I had all those. So at the age of 32, I decided to investigate my options.

I didn’t know anything about the IVF process (and think if I had known more I might have done it a lot sooner.) I had no idea that I would have issues with my fertility. I booked into my local IVF clinic, and they explained the first step was a blood test to check a number of things, including AMH (Anti-Mullerian Hormone), which gives them an idea of your egg count.

When my results came back they told me that my levels were extremely low, meaning I might have some difficulty getting eggs, so the sooner, the better if I wanted to do IVF. I decided straight away, that yes, I would do this because even if it failed, at least I wouldn’t have regrets. This was my chance to have a child and I wasn’t going to let it pass.

Given it was a local, ‘small’ clinic, they didn’t have many donors to choose from, and there wasn’t a great deal of information about the donors, either – only the information they had to supply legally – but I didn’t find it difficult to choose at all.

The first cycle I started on was using two types of medication that I had to inject into myself. As someone who hates needles, it was my first big step that I had to take. It took a lot of talking to myself to get that first injection done!

When I went in for the ultrasound to see if we could organise an egg collection, sadly the results weren’t good. The treatment hadn’t stimulated me at all, and there wasn’t any potential for eggs to be collected. I had to stop that and wait for my next period to occur naturally, so I could try a different combination of medication and see if that would work.

Kinderling Conversation: Could you be a surrogate for someone else's baby?

I waited and waited and waited, and started to despair that I wouldn’t ever have another period. Finally, several months later it came, and I could start the new medication. This time a nasal spray and injection. When I went in for the ultrasound, they told me I had a chance of three eggs, maximum.

Usually, in these circumstances, they would advise the client not to go ahead with the collection, but given my difficulty so far they said it was up to me. I decided straight away to go ahead with it – what did I have to lose, except some money to do another cycle? I thought it was worth giving it a go.

We decided to use ICSI (Intracytoplasmic Sperm Injection, where a single sperm is injected into the egg) to give the best chance of fertilisation for any eggs collected. At the collection, they only managed to retrieve one egg. Thankfully, it fertilised after the ICSI procedure and was doing all the right things.

Two days after the collection, I had an embryo transfer. I was actually really relaxed about it all, and thought what is meant to be, will be. I didn’t stress at all while waiting for the blood test to let me know if I was pregnant or not. But it turned out positive! The ultrasound also revealed the fertilised egg had settled in the correct area and everything was on track as it should be.

My pregnancy was relatively easy. The only bad part, initially, was the morning sickness, but if I ate regularly and rested a lot, it was okay. I don’t think that having a partner would have done much to help in this instance. I probably missed out on having someone to give me foot and back rubs, but in terms of sleeping, I thought I had it pretty good as I could use a bunch of pillows where I needed them and take up the entire bed without worrying about a partner. My family and friends were all very supportive.

Everything went well until a few months before my due date when ultrasounds showed my baby was in the breech position, there wasn’t a lot of fluid surrounding her (therefore unlikely to turn or be able to be turned), and she measured as underweight. I ended up having to go into the hospital twice a week for monitoring; if she was under any stress, they would get her out straight away.

She ended up hanging in there, but at 37 weeks exactly, they decided to get her out with a c-section. I had my mum in there with me, and I was a little nervous about giving birth this way. Mum had had a c-section, and the staff at the hospital were fantastic as well, so I ended up being quite calm through it all. After a wrestle from the doctor to get her out (she was wedged in!), my daughter was born completely fine and healthy, just a little on the small side.

I’m 35 now, and my daughter is 16 months old. Motherhood is both amazing and the hardest thing I have ever done. The biggest challenge for me is dealing with the sleep deprivation. I am so exhausted all the time. But watching her grow and learn, and hearing her laugh makes every little thing worthwhile!

On occasion, I also get a ‘day off’ when she is at daycare or with my parents so I can catch up on sleep or have some me-time. Having some time-out for a break is really important as I don’t have a partner to help out physically or with the mental side of things (there are so many decisions to make like are they too hot or cold, what will they eat today, do they have a temperature, etc).

Do it, but ask for help

I was extremely lucky with my experience, given the odds of me having a child with IVF weren’t good. If others are considering using a donor and believe they’re truly ready, then I think they should just do it regardless of whether they have a partner or not. The only advice I have is that if you do go on to be a single parent, make sure you have a good support network of family and friends so you can take a break and get help with things like housework when you need it. Don’t be afraid to ask for help! 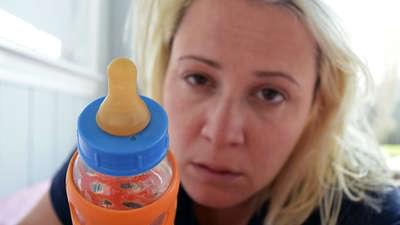 "Nobody prepares you for this": Postnatal menopausal syndrome

5 ways to support yourself through a post-baby hormonal crash.