I keep my kid's teeth in a jewelery box. Is that weird?

It’s amazing the things you learn when you’re a parent.

Like the fact that your gummy baby is actually born with a full set of teeth hidden inside their gums. The first time I saw evidence of this I thought it was an internet hoax. It’s not.

The first of those 20 hidden teeth will eventually poke through your baby’s pink gums – sometimes causing your child distress, sometimes not. The first tooth though, is always a moment of joy. It’s like their first smile or their first step.

Losing the first baby tooth is significant too

According to the Victorian Government’s health website, Better Health Channel, children will start losing their baby (also known as primary) teeth at six. It’s normal for a child to start losing their teeth 1-2 years before or after that age.

In my experience, when kids are around six (or year one for my child) children’s teeth start falling out like confetti at a wedding. Now you have visions of your child’s teeth falling out in a grotesque shower - let me clarify – I don’t mean that one child loses all their teeth at once. Rather it’s like watching a game of dominoes as first one child, then another and then another lose a tooth.

At our school it became a competition, part of that endless pursuit of being “older” (that only ends once your child turns 21). So when my daughter finally lost her first tooth, it was a celebration.

If you’re a fan of the tooth fairy (and who isn’t, really?) then you’ve got some decisions to make.

What kind of investment are you prepared to make?

How much gold for a tooth? My husband and I settled on $2, but you will hear a variety of amounts.

After my daughter collected her booty from her third lost tooth (that simply dropped from her mouth one morning) she exclaimed to me that her friend at school had lied to her. Apparently, fairies give $5 when a tooth falls out on its own.

I understand that parent’s logic. Nothing puts you off your breakfast like a child playing with a loose tooth. Especially when the tooth has gone slightly black because, essentially, it’s dead. Encouraging a child not to do this with more money is something I appreciate.

Still- it presented me with a conundrum. One which we must use our imaginations to solve. Our children talk - and we parents haven’t negotiated the going rate for a baby tooth.

I mean, Em Rusciano recently admitted to leaving $50 for a tooth!

So, how do you explain the fee disparity between different family homes?

Is there only one tooth fairy? Or is there a legion? Is there one rate for teeth, or several? Perhaps there is a fairy union to regulate the amount each child gets.

We had to do some quick thinking when the tooth fairy forgot to collect the second tooth.

It was a busy night for the tooth fairy, we said, she’ll definitely come tonight.

At school, one parent friend suggested that when it had happened to her child the tooth fairy left a note. Brilliant.

We also doubled the fee, you know, for the trouble caused.

What to do with the baby teeth?

When my children were smaller, I ran after them with a pair of scissors and snipped off a golden lock of their hair. I thought I would keep their baby teeth too. But now I’m not so sure.

They’re like delicate little corn kernels. Only white and brittle. I’ve started collecting them in an old jewelry box, but it feels a bit macabre. There’s something cannibal-like about collecting teeth. Hair can creep me out too- but not like teeth.

I’m sure someone somewhere could make a bracelet out of them? (That was a joke, but then I googled “baby teeth jewellery”- I don’t recommend it)

Some final facts about teeth you may not know 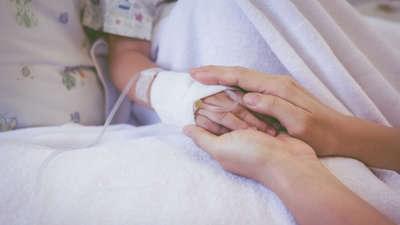 Going under: How to prepare your child for surgery

Manage your own anxiety, because your child will pick up on it.