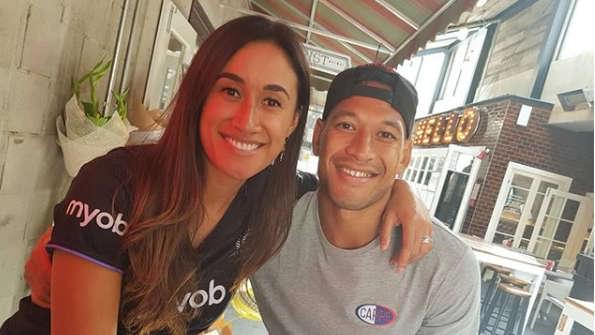 He's a household name with fan-boy status among many Aussie kids for his sporting prowess, but this week Israel Folau has faced serious scrutiny around the issues of diversity and acceptance.

The high profile Australian rugby star said he has agreed “to think about” the impact of his anti-gay comments on social media, after meeting with Rugby Australia officials yesterday.

Israel, a devout Christian, was summoned to the meeting after his controversial reply to a post on Instagram.

Awesome few days with my beautiful wife. Love you!!! ❤❤❤

“What’s “God’s plan for gay people?” asked the poster on Instagram. “HELL... Unless they repent of their sins and turn to God,” came Israel’s reply.

The inflammatory comments have caused an outrage, especially as they follow Israel's public pledge on Twitter last year declaring he would vote “No” on the same-sex marriage postal vote.

Rugby Australia, who have an inclusion policy to stop discrimination and homophobia in sport, called Israel for questioning.

“Israel has gone away to think about [his social media use], because for him he is proud of what he is and what he stands for, so he wants to make sure that we are not asking him to compromise those beliefs,” she said.

“But at the same time very much we explained to him that this is challenging for us and... how can he find a way that makes sure that he is not disrespectful, but it doesn’t compromise his own personal beliefs.”

“He’s had his free speech, I’ve had my free speech and millions of Australians have had their free speech. Mate, pull your bloody head in.”

“Australian Rugby, if he does that again, will be within their rights to say; forget it. Just go,” Peter told Channel Nine’s Wide World of Sports program.

Others, like Labour MP Tim Wilson, an openly gay man who proposed to his partner in parliament after the same-sex marriage Bill was legislated in Australia, has called for calm.

“Respecting diversity includes diversity of opinion, including on questions of morality. Targeting Folau falsely feeds a mindset that he is persecuted for his opinions,” said Labour MP Tim Wilson.

“Everyone needs to take a chill pill, respect Folau’s authority on the rugby field, and also recognise that he is employed in a profession that values brawn over brains.” 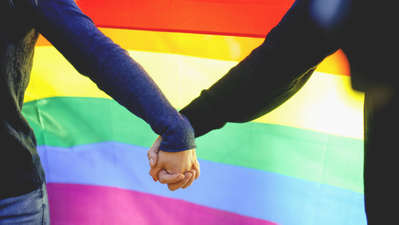 Why the same sex marriage survey is really about the kids

"I feel sick that it’s come to this."