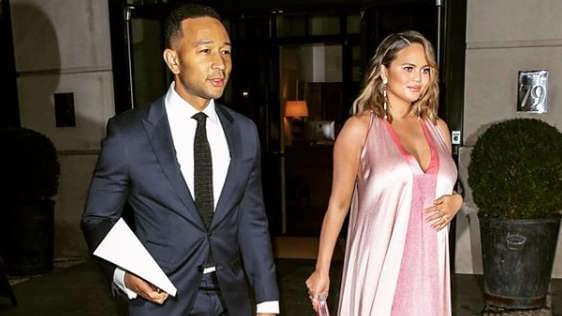 Chrissy Teigen and John Legend share first photo of their newborn son. As expected, this little pumpkin looks exactly like a baby version of John, and given the fact that John looks like a lot of babies, this was no surprise to fans of the pair.

Hello, world! This is Miles Theodore Stephens - We are drowning in his little peeps and nuzzles. Our household feels overwhelmed with love. Thank you for all your well wishes!

“Hello, world! This is Miles Theodore Stephens – We are drowning in his little peeps and nuzzles. Our household feels overwhelmed with love. Thank you for all your well wishes!” Chrissy captioned this first photo of baby Miles on Instagram.“Our new love, Miles Theodore Stephens,” John wrote alongside an identical photo.

Miles was born last week and looks to be a happy and healthy little man. We’re predicting he’s going to become Milo or even Teddy and could not be more delighted.Welcome Miles Theodore Stephens.

On May 17, Chrissy broke the news that the pair’s little boy had arrived, with a jubilant emoji-riddled tweet.

“Somebody’s herrrrrrre!” she tweeted, adding a generous does of baby bottle emojis and smiley faces to her happy news.

This baby was conceived via IVF, the last of three embryos the pair had in storage – the first embryo implant was unsuccessful, the second was Luna and the third is baby Miles. Miles is a little brother to the couple’s daughter, Luna Simone, who turned two just a couple of weeks ago.

a splash with toons

Luna was centerstage in Chrissy’s final pregnancy photo on Insta, playing in the tub with her mum, as followers speculated that the bath was staving off those early labour pains.

They may well have been right, because it seems that Miles may have been born later that day – possibly a couple of weeks ahead of schedule.Back in February, Chrissy told Ellen DeGeneres that her baby was officially due in June, so last weeks’ arrival seems a titch early. That said, baby Miles looks absolutely perfect and he obviously had his own plans when it came to the birth, as babies often do.

We’re sure Miss Luna is thrilled to be a big sister, and can not wait to see those first sibling snaps. Stay tuned for more on this growing family! 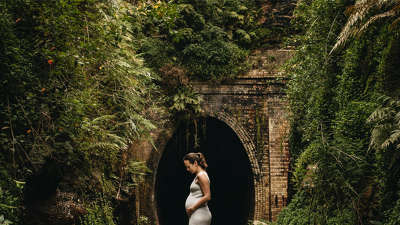 These stunning pregnancy photos will make you swoon

We all love a good pregnancy photo series.