“Learn from my mistake”: One parent’s disaster with pool inflatables 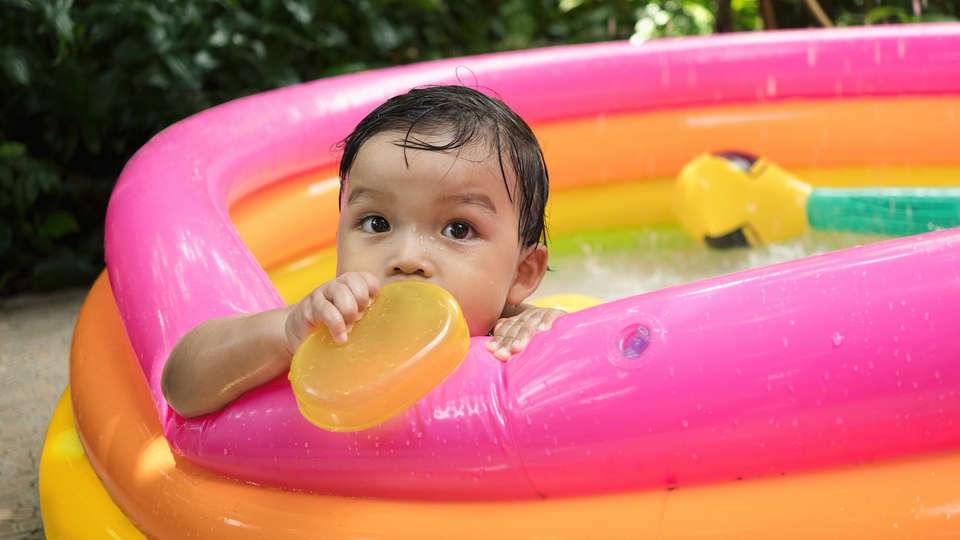 Recently, Queensland parent Shae Marr experienced every family’s nightmare. Her three-year-old was having a grand old time swimming their pool, when he suddenly was trapped beneath an inflatable pool lounge. Tragically, he started to drown, and though he’s now happy and well, Shae wants other parents to know how much of a problem these toys can be.

Swimming is a national pastime for most Australians, but for little Costa from Emerald in Queensland, it almost ended his life. According to his mother Shae, who posted about the incident on Facebook, her three-year-old had been swimming supervised in a backyard pool and having a great time, having recently learned to swim without a vest. But then disaster struck.

“… one of those inflatable lounges went over him and he wasn’t strong enough to be able to keep himself up. He was only under for a second or 2 but must have gone under when he had no air in his lungs and took a breath under water. 1 second was all it took,” wrote the clearly shaken-up mother in the post.

Thankfully someone else swimming in the pool noticed what had happened straight away and pulled Costa out, however, the nightmare was far from over.

“He vomited some water and within seconds lost consciousness and started frothing at the mouth. His lungs were full of water, he couldn’t breathe and went completely purple,” said Shae.

The friend and Costa’s father, Mick, performed CPR before the ambulance arrived which just saved the little boy’s life in the nick of time, but he still wasn’t out of the woods. Although he was breathing and had opened his eyes, Shae said he was “lethargic and struggling to remain conscious.”

Apparently, the lack of oxygen had caused metabolic acidosis to occur (where too much acid forms in the body), and Costa’s lungs still had water in them. He was given oxygen but then started to get a temperature, prompting medical staff to want to fly him to Brisbane for specialist care, however, luckily his vitals improved and he went to the local Rockhampton hospital instead.

Frighteningly there was STILL the worry of secondary drowning and pneumonia. However, amazingly by the morning, the family’s horrific ordeal was over.

“By some miracle, he woke this morning 100% himself and the doctors were happy for him to go home.” said a relieved Shae.

You can never be too careful

Thankfully this story has a happy ending. Costa has fully recovered and is already back swimming in the pool again – although this time with his vest firmly back on as mum Shae isn’t taking any chances. And doesn’t want others to either.

“I wasn’t going to share the details of what happened but I want people to learn from my mistake and TAKE INFLATABLES OUT OF THE POOL WHEN KIDS ARE SWIMMING!!” she said in her post which has already had thousands of shares and comments.

When it comes to water safety and children, you can never be too careful.

“It took a second, under supervision, for me to almost lose my son. I never thought it would happen to me, no one ever does. I’m one of the lucky ones but not everyone is so lucky …” she added. “I am hoping this will stick with at least one person and save a life so feel free to share.” 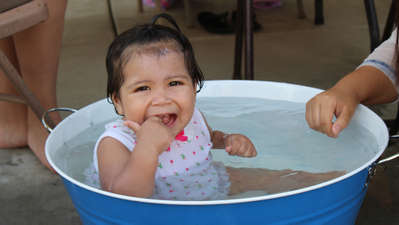 7 drowning hazards to know this summer

There can never be too many reminders. 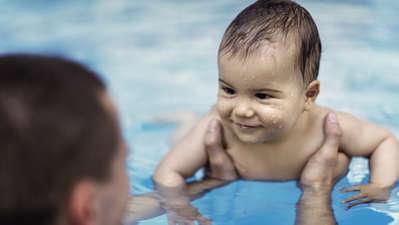 When should kids start swimming lessons?

We asked an expert about their best poolside tips for starting swimming school. 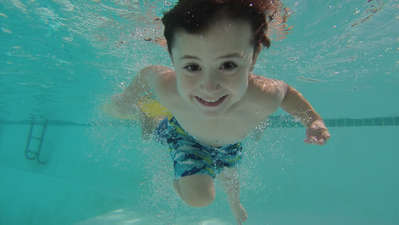