Leaving when my kids were young was the best thing I did: One mum's story of fleeing domestic violence 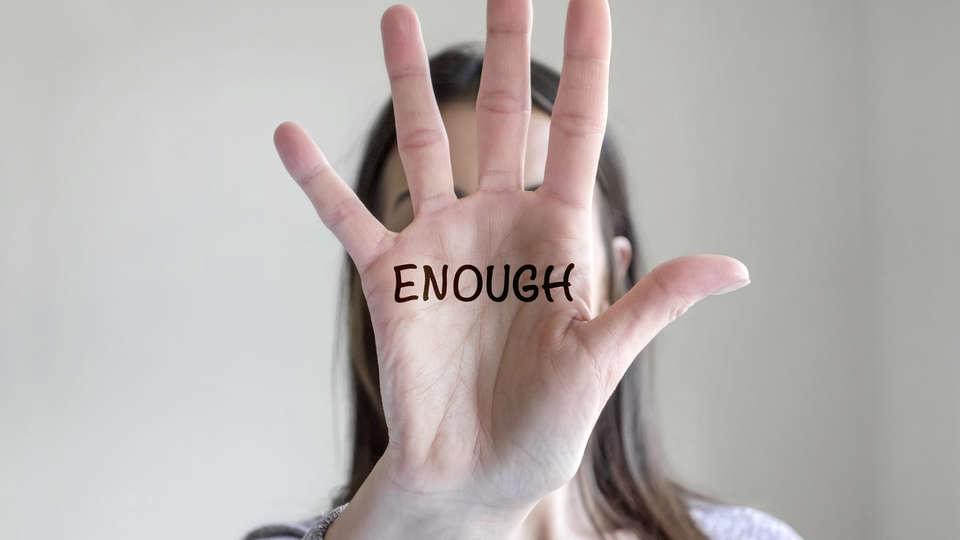 Domestic violence is a greater health risk to women than smoking, or obesity (one of the most covered health issues in modern media). Imagine that.

To put that in context: Compare domestic violence to other health-related dangers to women and you’ll finedthat it’s the greatest health risk factor for women aged 25-44.

According the Bureau of Statistics 1 in 3 women have experienced physical and or sexual violence by someone they know. Follow those statistics through to families, and figures from the Australian Institute of Health and Welfare show that domestic violence is the principal cause of homelessness for women and their children.

Mum of two Lisa had a controlling and abusive husband

It took Lisa McAdams six attempts before she finally left her husband (the average amount of attempts is between 7 and twelve times). By then her daughter was thirteen months, and her son just under 2-and-a-half years.

“It was all about power and control. So if he was controlling me financially and psychologically and verbally that was fine, but then I'd get to the point where I'd had enough and puff myself up and say ‘No more,’ then he would remind me physically.”

She was constantly on edge, making sure everything was perfect for her husband. Keeping the kids quiet when he slept, making sure the house was always neat and tidy.

Isolated from friends and family, sleep deprived and alone, Lisa found it hard to grasp how bad things were. She had two young children, and the thought of taking them to a refuge filled her with dread.

A twist of fate set Lisa on the path to help

“I remember standing in the kitchen, the one- year-old was on the floor and I was holding my baby. Where we lived was beautiful. And I remember thinking, ‘If you're supposed to be this downtrodden and miserable why would the trees be beautiful?’ And it was a realisation that what was happening in my life didn't reflect the world you could be living in.”

After a friend recommended she reach out to someone close to her, Lisa spoke to a neighbour. In a twist of fate that neighbour’s daughter had just come out of a refuge herself. She knew how to help Lisa start taking her first steps to freedom (she would let her use her computer, or take the kids while Lisa called the refuge to make plans).

Another neighbour helped her move out. While Lisa was still on tenterhooks, telling her small children to keep everything neat and tidy, in a fit of rebellion her neighbour upended a packet of Weet-bix on a bed and told the children to “go nuts”.

“I just remember standing there and it was the first time I'd seen them just stop and laugh. But even then I was like, ‘Do you think we should clean that up before we go?’ I knew from the minute he stepped on some Weet-bix when he came in he would have known that we’d left. I wouldn't have dared to leave a mess.”

Leaving is not easy, but worth it in the long run

Her first night in the refuge changed the course of her life forever. Chatting in the kitchen with two sisters, who were arguing about whether this refuge was the nicest of the seven they'd be in - as only sisters can -  Lisa had an epiphany.

"I had a moment where I knew if I didn't stick it out that time I couldn't guarantee I'd never bring them [my children] back. I was ready to go home that night and put a better plan together. I thought this is horrible for my children. If I go home and regroup it'll be fine.

“And then I listened to them. Their mum wasn't someone that wanted to take them back to the situation [of domestic violence] she was going back to regroup. And that moment I thought I have to stick this out however hard it gets. I have to make this work this time.”

Lisa is quick to point out that rebuilding a life after domestic violence isn’t easy. It takes time, patience, grit and determination.

“It's easier to go back. It takes a long, long time. But from the get go I felt like I'm going somewhere. For someone that's been through it, you need to accept what you've been through is horrendous and tough and don't expect yourself to just rebuild a life in a day”.

The simplest choices will feel the most like freedom

After leaving, getting an electricity bill in her name gave Lisa a small thrill. Being able to make choices about how she spent her money – even on basics like milk and bread – were evidence of her freedom.

Even being sick was an exercise in independence. Three years ago when Lisa and the kids were sick with the flu, piles of tissues around them feeling miserable when she realised this was the moment she’d been waiting for.

“It was my choice to get up or to not get up. To clean up or not clean up. And I'd been waiting for this time, when I got out [of the marriage] I was going to do so much. And I suddenly looked around my house full of flu at these two children lying on the couch and I thought, this is the moment I was waiting for, this freedom to just be sick. And no one wants to hurt us or punish us.”

Trust yourself. Then get help.

If anything in this article feels familiar Lisa has some advice.

Firstly- trust your gut instinct. If you feel something’s not right, don’t listen to your partner. Trust yourself. Reach out to someone you trust. Keep reaching out until you find someone supportive. And then make a safety plan (see here for more details).

“Maintaining a level of control and particularly a level of understanding about what your financial position is, is the most valuable insurance policy you could effectively take out.”

Her top tips to financial independence are:

Because words cause more problems than you'd think.