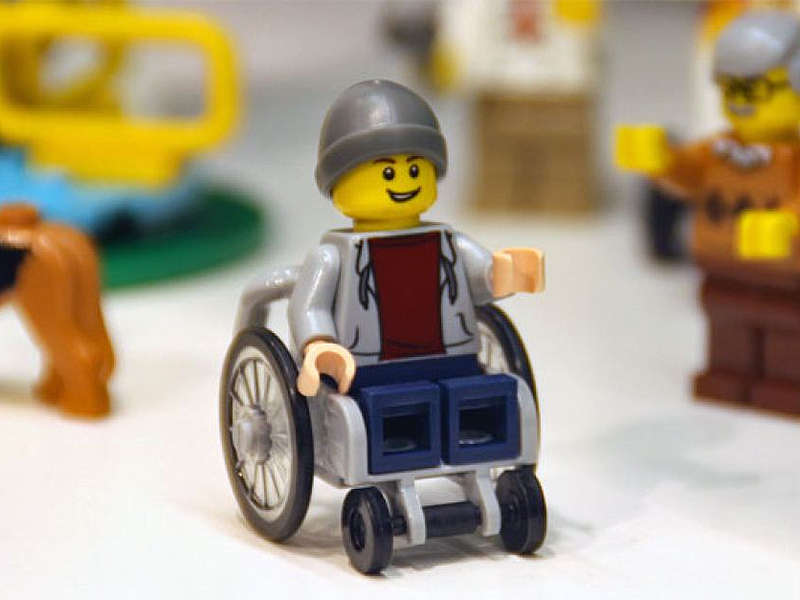 Not all bodies are built the same, and now neither are bricks. In a big coup for people with disabilities, toy maker Lego has unveiled its first wheelchair figure in a new playset previewed at toy fairs in the UK and Germany.

It’s great news for sure, but also makes you wonder why the world’s most popular toy took so long in the first place. After all, Lego has manufactured almost every other type of figure imaginable – from pirates to princesses, animals to aliens!

The new wheelchair addition comes in response to a social media campaign by UK-based group Toys Like Me , who have called on the toy industry and children’s TV “to better culturally represent 150 million disabled kids worldwide.” Previously, Lego has only featured wheelchair-bound figures in their Duplo range, but they have been either elderly or injured.

The figure stars in the Lego City Fun in the Park set, which is due for release in the Northern summer (Australia's winter). Writing about the news on her change.org petition, Toys Like me founder Rebecca Atkinson was overjoyed:

“We've got genuine tears of joy right now… LEGO have just rocked our brick built world! After nearly a year of hard work and lobbying from #ToyLikeMe and you guys, Lego have listened to this little ol' toy box revolution and included a wheelchair user with an assistance dog in their new Fun in the Park set unveiled at London Toy Fair this week!”

Hopefully this is the beginning of a whole set of new bricks on the block!