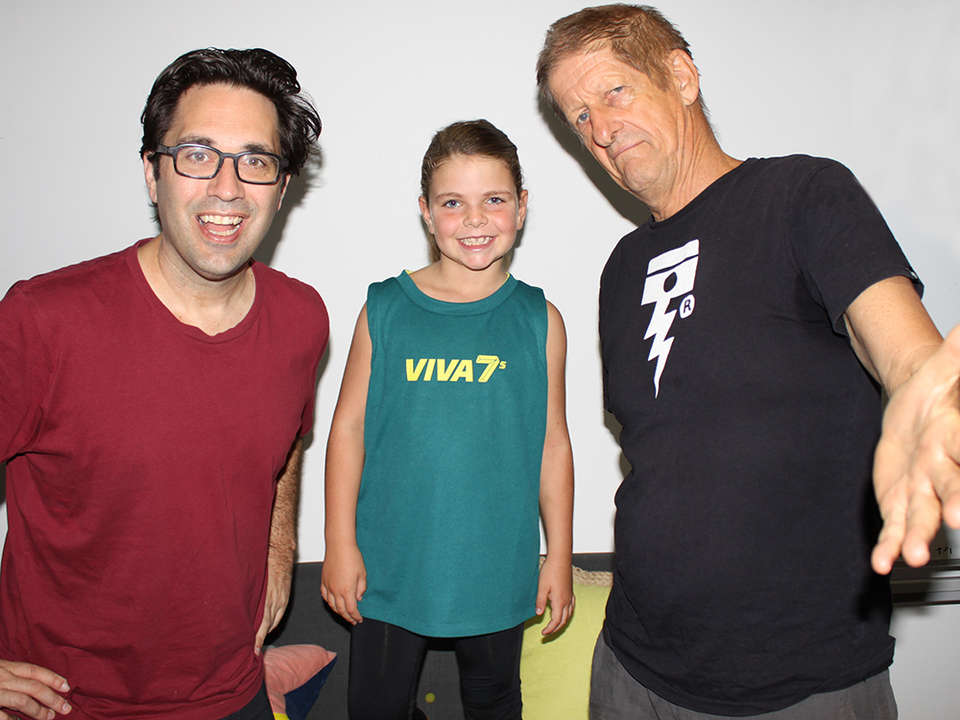 Each week, our new Little Robbers series will shine the light on a sportstar-in-the-making.

One of the best things about We Was Robbed is meeting little champs like Mabel Oxenham. Not only does she love playing Viva7 rugby, cricket and netball,  the seven-year-old is also great radio talent! She talked to HG and Chris about the new Viva7 rugby format, post-game celebrations and whether girls should be allowed to play with boys. Replay the interview:

WWR: How did you get involved in Viva7s rugby?

Well, I practised with my brothers and then I said “Do you reckon I should play?” and they said, “Yes, ‘cause you’re a really good player!”

Can you tell us about the rule of Viva7s?

So you have seven players on the field and you play seven-minute halfs. We play on a half field so you can play two games in one big field. It’s touch, so once you get touched you just have to pass the ball.

Do you think it’s ridiculous we have men’s sport and women’s sport? Do you think we should just all be in together and that girls are just as good as the boys?

I think that girls can play with the boys and there shouldn’t be a rule saying girls can’t play. There is Viva 7s for girls and Viva 7s for boys but sometimes you can play it together.

And how do you celebrate after a game. Are there like war cries or team dances and chants?

Some people scream and cheer around everyone. I usually just say “We won! It was a good game!”

You might have heard the news  Wallaby player David Pocock is thinking about taking a year off to study. Do you think that’s a good idea?

Well, that’s not really my choice. He can do what he wants. He’s a pretty good player.

Would you think about taking a year off school to play 7s? 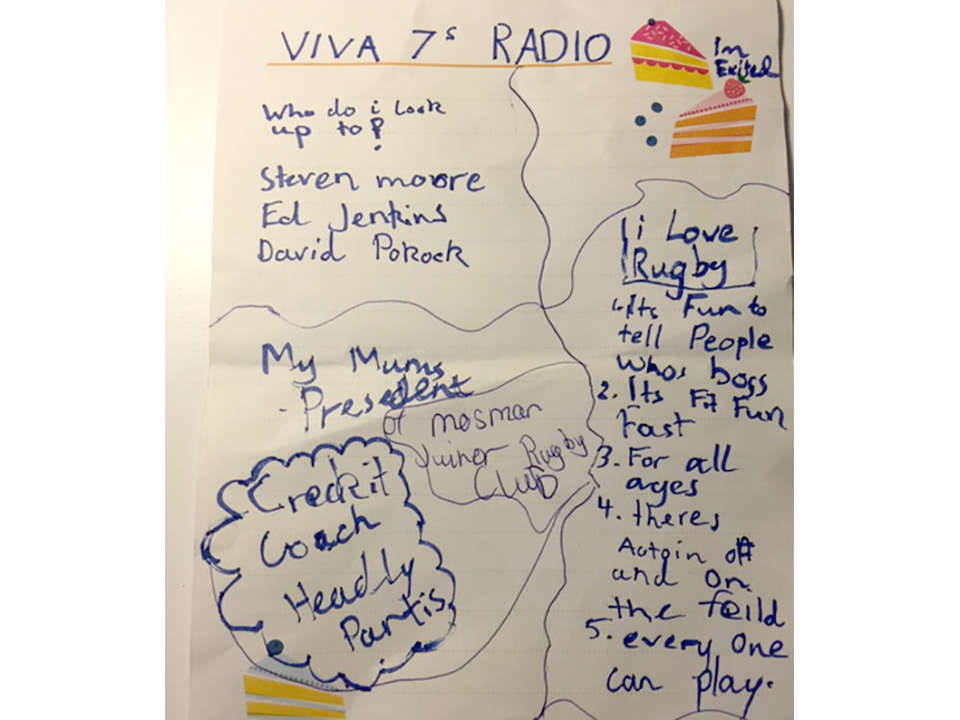 Too cute. Here's Maybel's notes for her interview (thanks to her mum for the pic!)

Do you have a little champ of your own? Drop us a line and get in touch!