Mum's story: "Our baby was just 8 weeks when my husband left me" 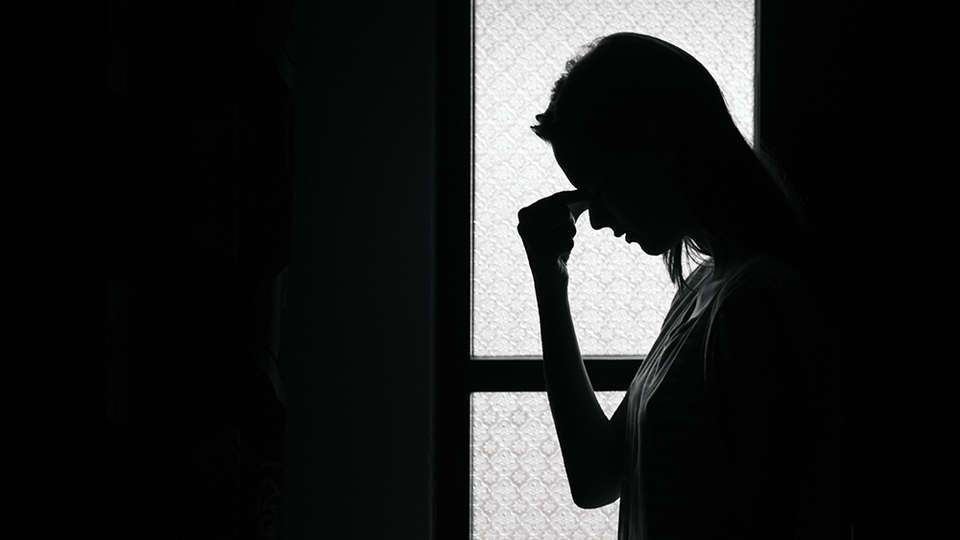 Life with a newborn is tough enough.

So imagine being Jennifer*, a young first-time mother whose baby was only eight weeks old when her husband left, and suddenly she was also a single parent. This is her inspiring story (as told to Babyology).

"We were married young"

I’d known my husband since I was about 16. We got married when I was 24 and the following year I was pregnant. We had both wanted kids and talked about it, but looking back I would have to say it was me who wanted them more. I was fortunate and had a great pregnancy, even though from about 32 weeks I knew my baby was going to be breech, so a c-section was the only option (which didn’t bother me). I did put on weight - around 25 kilograms - which I know my husband didn’t like, but I honestly didn’t think there was anything wrong with our marriage.

When I was about seven months along, a red flag popped up. We were having dinner at his parents’ place in Sydney (we were living in Melbourne at the time), and a text message came through to his phone from a colleague that said ‘TOU’. I asked him what it meant, and he said nothing, that it was probably sent by mistake. I accepted that explanation, but later that night I texted a girlfriend of mine, asking what ‘TOU’ meant and she replied, “Thinking of you”. Still, being the young 24-year-old I was, I dismissed it, subconsciously ignoring the warning sign.

He attended the birth and then took off

My son was born at 4.15am on Friday the 2nd of November, right before the Melbourne Cup. My husband attended the birth but showed little interest afterwards, going to all the functions for Derby Day (Saturday) and Melbourne Cup Day (Tuesday), while I was still in the hospital with a nasty infection and our newborn, who also had jaundice. Despite how happy I was to be a mum, I was naturally upset about my husband’s social activities.

It wasn’t until the following month, on Boxing Day, when my husband actually confessed to having an affair. Our son was about eight weeks old. At first, my husband told me it was some girl he met at the Sofitel Melbourne who worked in the bar, so I called his bluff and called the hotel in front of him and asked to speak to this so-called woman. Of course, no such person was working there. He later confessed that it was the same colleague that had texted him a few months back. He said he wasn’t in love with me anymore; he loved another woman, and they wanted to be together.

My entire world was rocked. And if that wasn’t bad enough, my husband wrote a list of all things he didn’t like or love about me anymore. He didn’t like that I hadn’t lost my baby weight. It annoyed him that I hadn’t been to university and I didn’t have a degree. He also didn’t think I was motivating enough for him, and complained that when we went out for dinner that I ate all the food on my plate – he was used to dating girls that only ate half their meals!

'I had a breakdown'

Naturally I was devastated, but to be honest, I also felt embarrassed. A lot of people in my circle didn’t like him anyway and were surprised when we got married, so the thought of having to tell people that he’d left me was daunting.

I didn’t tell anyone for about a week, then one day I had a mini breakdown and rang my older brother at his work and told him everything. My son was a challenging baby, and he cried all the time. I was only 25, and now I was on my own. My brother came straight over from work, made me shower, called my parents and my younger brother, filled them in, and then drove me to our parents’ place.

This was not going to work out

As our marriage was under the two-year time frame and had produced a child, we had to go to court-appointed counselling and mediation before we could start any separation or divorce proceedings. Our first session didn’t go too well as his new girlfriend kept calling him, which he answered. The doctor was appalled, which was quite funny. I knew then, after one session, that this was not going to work out.

He's turned out to be a good father

So my husband left, and I became a single mum. What helped me cope, though, was my family and friends. I never felt that alone because I always had someone checking in on me or helping me. I know how lucky I was because a lot of single parents don’t have that.

As for my ex, luckily he’s been a far better father than he was a husband and my son has quite a good relationship with him. Currently, he lives in the USA, and my son will be going over for four weeks at the end of the year to see him and his family.

To others who might be facing a similar situation, I would say to trust your gut instinct. Only you know if it can work or not. For me, if I’d had any inkling that it could have worked, I would have tried, but I knew it wasn’t going to. It was a long, hard slog raising a baby on my own, but I had so much help from my wonderful parents, as well as my brothers and their terrific girlfriends. I also ended up remarrying when I was 32 (gaining a lovely stepdaughter in the process), and many years later we’re still going strong. So hang in there, things do get better!

*Not her real name, it has been changed for privacy reasons. 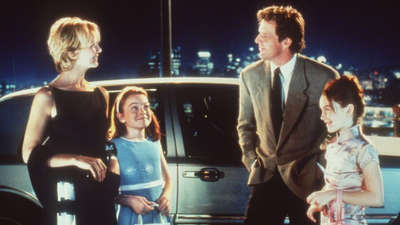 Not every separation can be fixed with a Parent Trap style switcheroo and a joyous loved-up reunion. 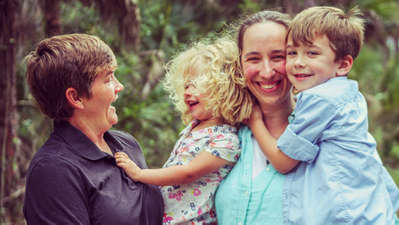 Suggestions from a relationship expert for finding love as a mum! 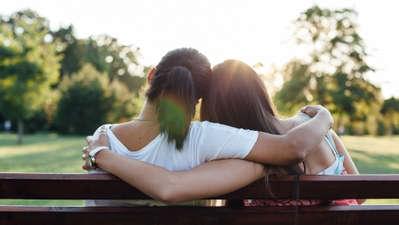 Single mums have no one to drop their present hints to. 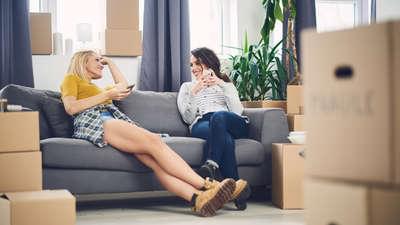 Share house life: why it works for single-parent families