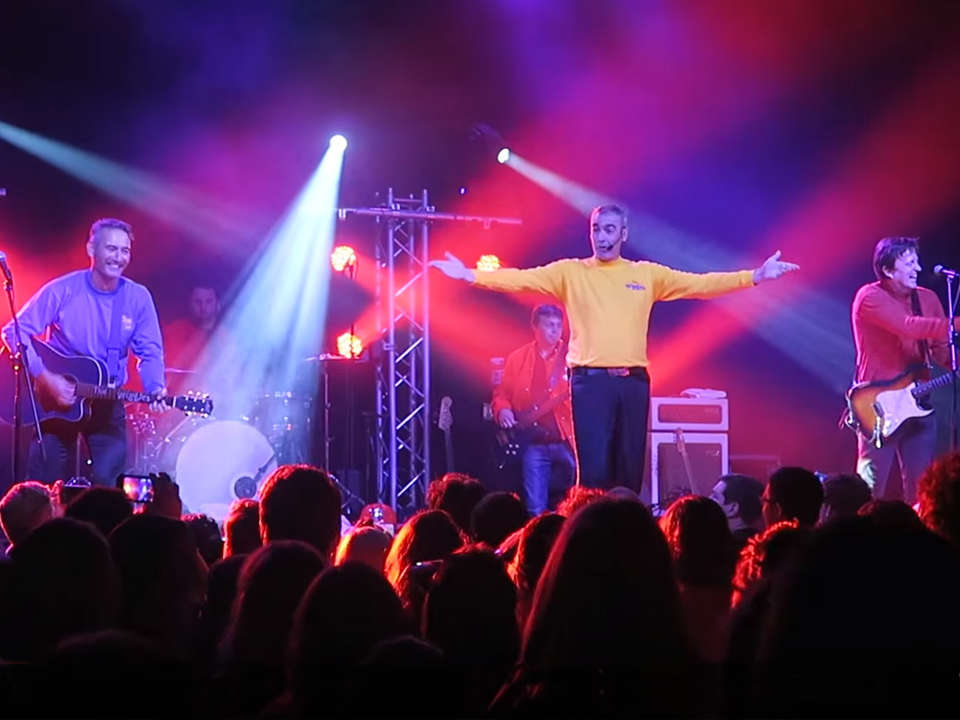 Last Friday night, the original Wiggle crew played a crazy 18+ reunion show to 700 adult fans to raise money for a mate (read our gig review). Turns out they had so much fun, they’re seriously discussing doing it again.

In news to delight Wiggle fans outside Sydney, an ecstatic blue Wiggle Anthony Field has revealed they were keen to take the reunion show on the road. Big Red Tourbus on stand-by!

“The vibe was so great. The original Wiggles fan were so passionate, you can’t help wanting to do it again,” Field told website MusicFeeds. “I just want to do it again, and do the same thing, make it a charity thing. I reckon maybe head down to Melbourne for the next one. We haven’t booked anything, but everyone after the show was just buzzing. It would be great fun.”

It also sounds like he quite liked playing pub/night shows (probably because the rider is better). “You don’t what it’s going to be like when you’re playing in a pub, we’ve never done that before. But there was no violence, there was no agro [laughing]. It was actually just such fun, it was just really fun.”

At the moment, there’s no concrete tour plans but stay tuned – if news breaks, we’ll be onto it quicker than you can say ‘Toot Toot Chugga Big Red Car’.

As well as celebrating their 25th anniversary, last Friday’s show doubled as a charity fundraiser for the band’s friend, returned soldier David Savage, and the Soldier On charity, which Field and his brother and Wiggles manager Paul are ambassadors. (Savage survived a bomb blast in Afghanistan and is now in a wheelchair.)

The 700 ‘big kids’ at the show didn’t hold back, shaking their sillies out to Wiggles favourites like ‘Fruit Salad’, ‘Rock A Bye Your Bear’ and ‘Joanie Works With One Hammer’. And yes, they woke up Jeff. Watch the video.

Even a power black-out couldn't pull the plug on the party, with the band performing eternal anthem ‘Hot Potato’ acapella in near-darkness at the end of the show, joined by the whole audience.