B.C. (Before Children), hubby and I would get our kicks at music festivals, seeing movies and eating out without needing wet wipes and bibs at the ready.

Now, we’re parents to two little munchkins and the tides have turned on what makes a great day out. In our new world order, Peppa Pig is the porcine equivalent of Dave Grohl and the supporting cast of Mummy & Daddy Pig, Suzy Sheep and George may as well be the Foo Fighters.

So heading to the preview of Peppa Pig’s Playdate – an interactive, festival experience with Peppa and friends - was like Coachella for our little family. And nobody was more excited than my five-year old, Stella. 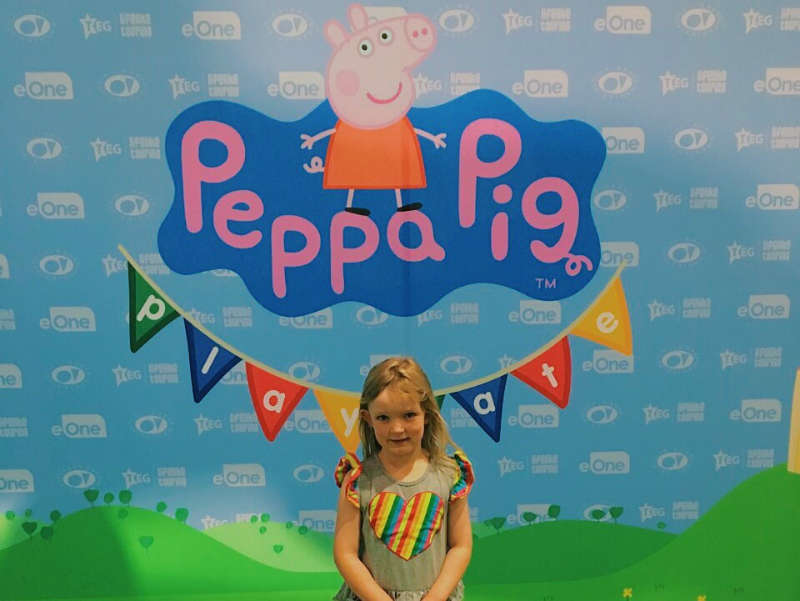 The Peppa extravaganza is kicking off in Melbourne from January 5, before make its way around to Brisbane, Sydney, Perth and Adelaide. We entered Melbourne Exhibition Centre via a pink carpet, then through a Peppa Pig Playdate archway and ‘snort, snort’ - we were transported into the world-famous pre-school pig’s neighbourhood.

Seeing the Library, the Town Hall and Peppa’s House up close and in gargantuan proportions was squeal-worthy for Stella and as Mummy Pig strolls by, our six-month-old let out an almighty gurgle of joy.

During your visit, you won’t see Peppa wandering about solo (she’s a star in demand). The prize pig only makes an appearance in the allocated ‘Personal Playdate’ time, which is given to you upon arrival with your map. Everyone gets some one-on-one time with the pink lady of the hour.

Next it’s the live Peppa Pig Playdate performance. Peppa appears on stage alongside her human friend Sammy and everyone’s favourite little brother, George. They sing songs, play hide & seek, eat chocolate cake and dress like kings & queens. In closing, Peppa has all the kids in the crowd to do a massive dinosaur “Roooooaaaaaarrrr” and show their dinosaur teeth. And for the grand finale? Everyone jumps in muddy puddles, of course! 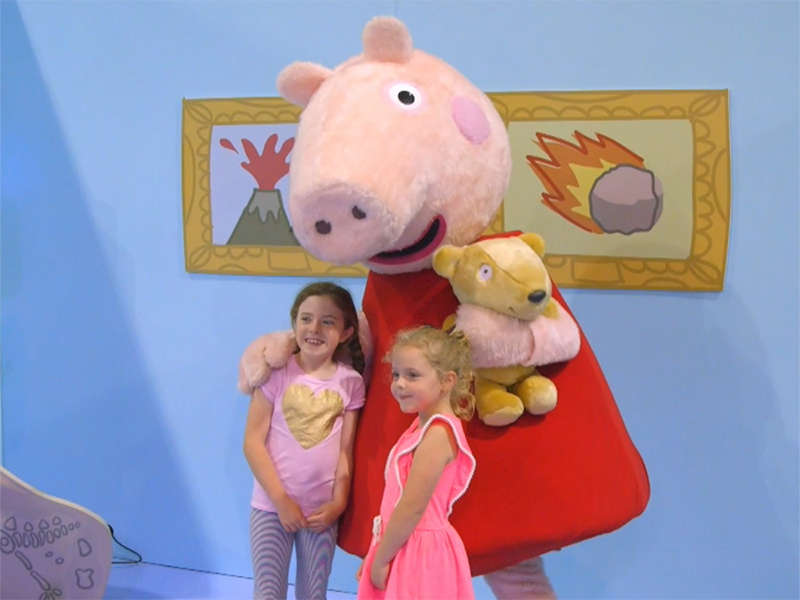 Following the headline act, it’s time to discover the other attractions, which prove to be equally as big a hit.

Have a bounce on the Muddy Puddles jumping pillow, then head to Madam Gazelle’s schoolroom for drawing and music play. When little legs get tired, hop aboard Grandpa Pig's train for a choof around the event… it even has a real train stop! 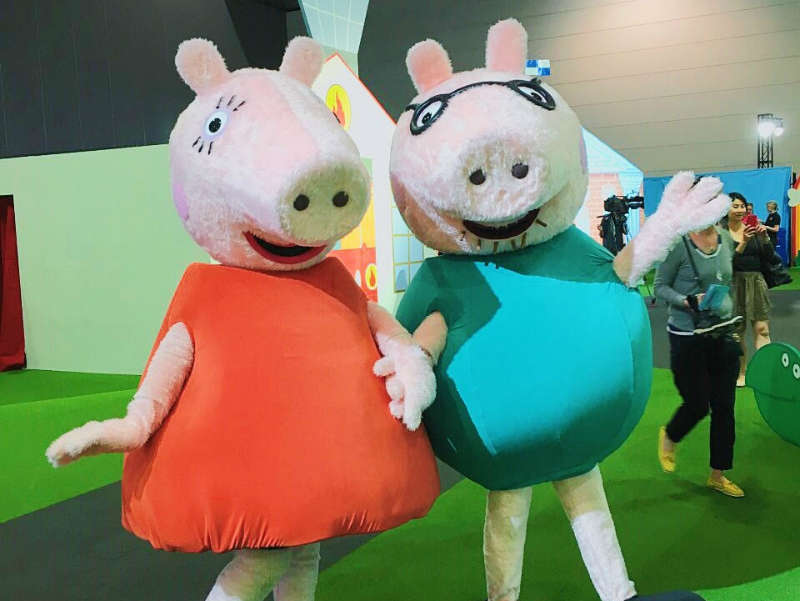 Afterwards you could drop by Peppa’s house and eat a slice of (fake) cake before sorting the rubbish into recycling piles. All that cake necessitates some energy burning so it’s off for a cycle around the big pond, a run around the hedge maze before trying on Peppa’s red boots plus a meet and greet with Peppa’s BFF, Suzy Sheep.

So what did we make of it? Our fam is all in agreement that Peppa Pig’s Playdate is a five star festival experience. Rock on Peppa!