Regurgitator is coming for your kids! 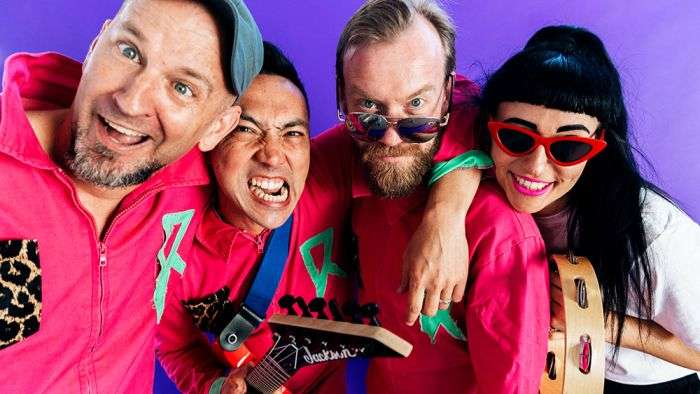 The group have been dabbling in the world of kids' music for a while now, but they are finally set to draw a line in the sand pit, rebranding as Regurgitator’s Pogogo Show and committing to turning today’s kids into the next generation of playground moshers.

Inspired by their 2013 performance at Sydney’s kids music festival, Dress Up Attack!, the band have taken a few years to bring the project to fruition, but if the below first single is anything to go by, it will have been worth the wait.

Listen out for the new album on Kinderling when it drops on 1 March under Regurgitator's Pogogo Show label. And in the meantime check out the first single 'The Box' below!