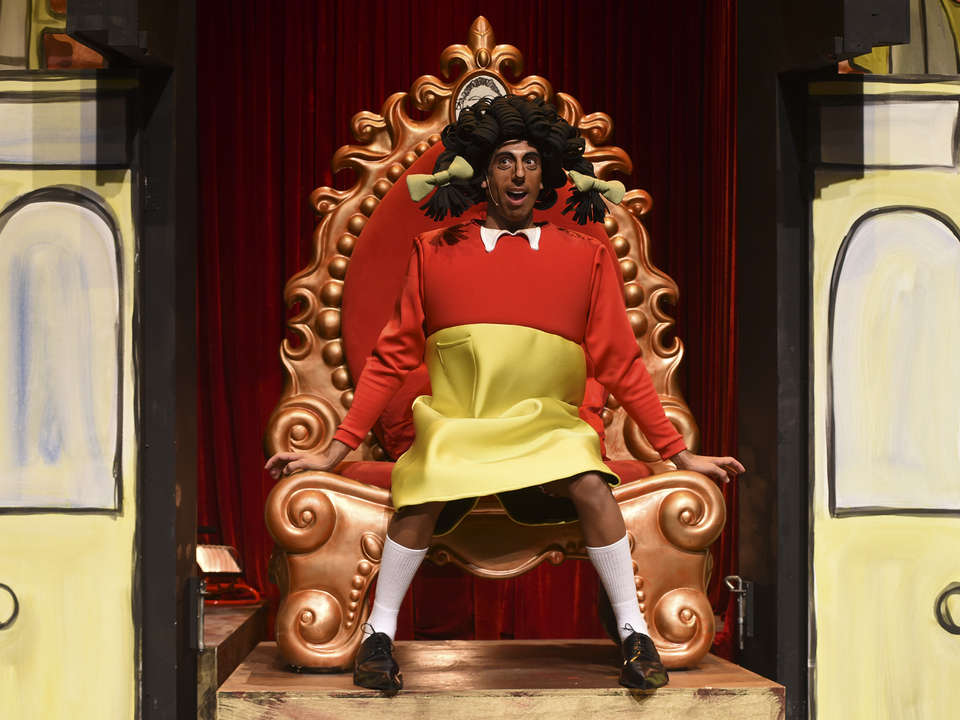 I have to confess, I went to Horrible Harriet without really knowing much about her. And I’d only read one Mr Chicken book, so I really had no idea what the show was all about.

Horrible Harriet is a popular character created by author/illustrator Leigh Hobbs.  She lives in the attic of her schoolhouse, where she keeps her teachers chained up in the cellar, doing her homework. In this performance a young boy, Athol Egghead, lands in his hot air balloon and tries to befriend her. 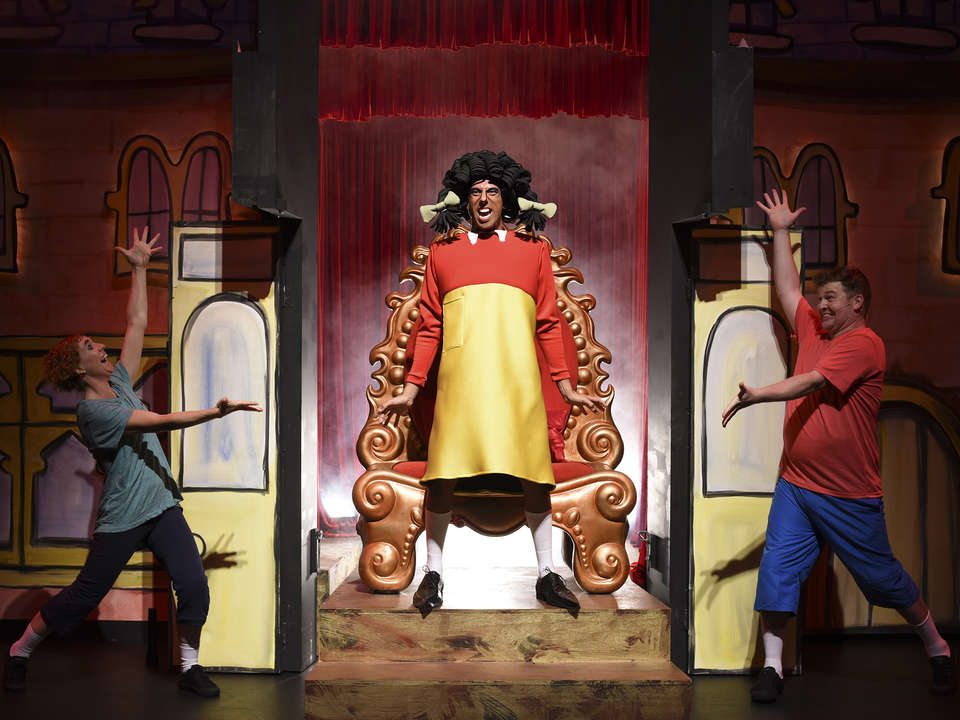 I took my daughter (5) and her cousin (6) to the show, and I think that they’re pretty much the target audience for Horrible Harriet. There was singing, dancing, and fart jokes (which every small child will appreciate) but my favourite thing about this show was the interaction with the audience.

Harriet talks to her ‘fans’ throughout the performance, and the reaction to a stalking Mr Chicken (a leg here, the glimpse of a hat there) from the kids in the audience is priceless (they almost wet themselves trying to point him out to Harriet)

Nat Jobe plays a wicked Harriet, but for me, Kate Smith as Athol Egghead stole the show her endearing lisp and incredible facial expressions. 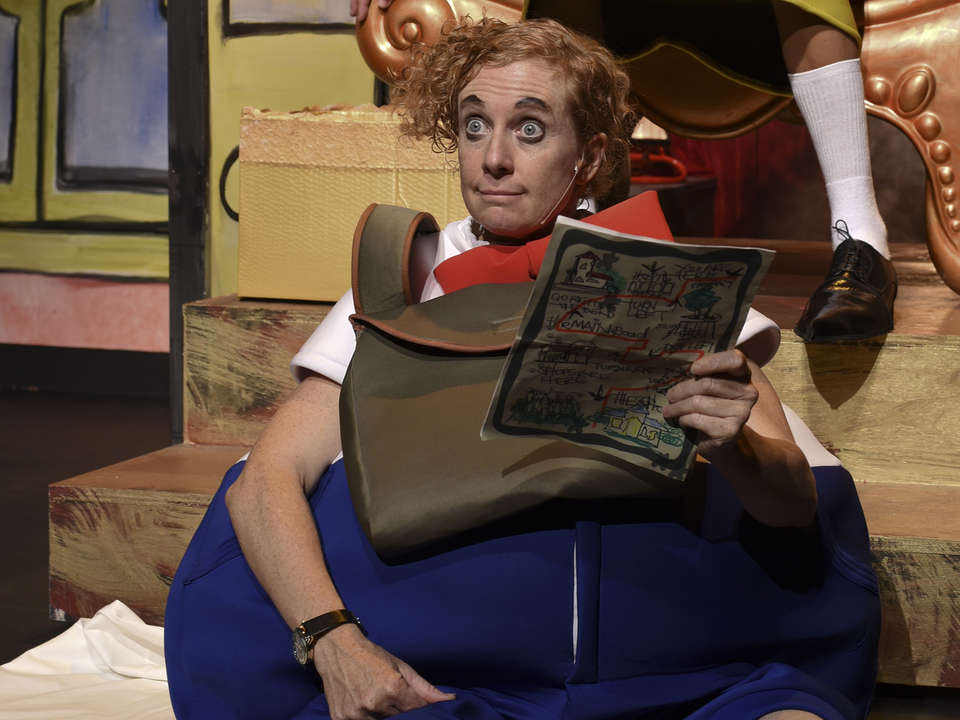 The show is recommended for four plus, and I’d say that’s spot on. There were smaller children in the audience who did not respond well to the drama and light effects, so if you have a younger child (and the option to do so) I’d get them looked after, as you’ll probably have a better time.

You don’t need to know the books to enjoy this performance, though I’m sure those who love the books will delight in the show. It’s a fun way to spend time together this Easter Holidays.

Check out what kids thought of the show:

:: The Conductor and the Clown: Jazzing up classical music for kids
:: Review: Diary of a Wombat live show
:: Film review: Beauty and the Beast