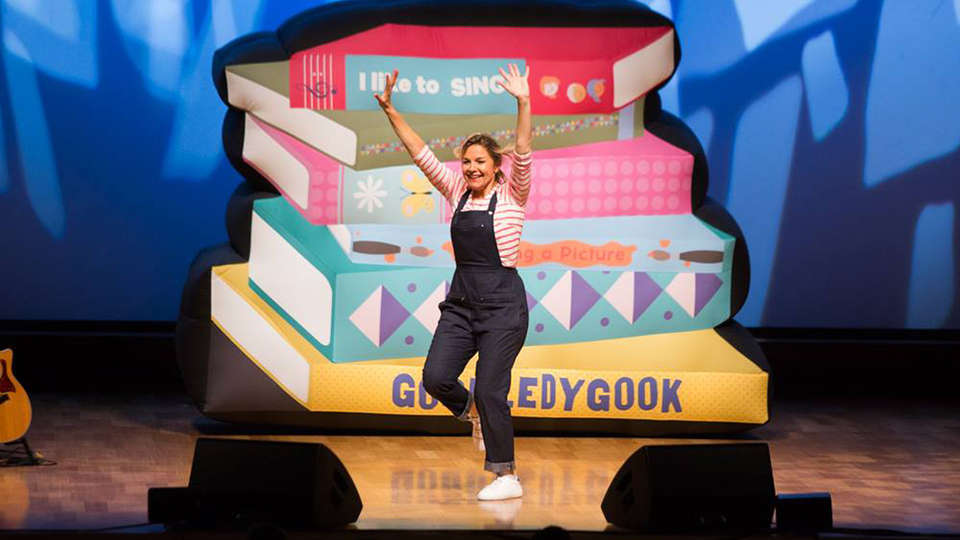 I’ve taken my kids to lots of different plays and concerts over the years, but there’s something special about an afternoon with Justine Clarke.

Look! Look! There’s a Gobbledygook is no exception. Justine has an uncanny ability to make you feel like she’s your BFF, even though she’s up on stage and you’re in the stalls below. In fact, my daughter told her Nona last night that she knew Justine very well (they’ve never met).

Hear our recent interview with Justine:

This production at the Sydney Opera House is based on her books The Gobbledygook Is Eating A Book and The Gobbledygook and the Scribbledynoodle, which she co-wrote with Arthur Baysting (with illustrations by Tom Jellett). They’re about a book-eating monster who reforms (the Gobbledygook), who then helps out a smaller monster who can’t stop drawing over everything (the Scribbledynoodle). Justine and her three-piece band weave lots of her favourite songs (‘Watermelon’, ‘Dinosaur Roar’ and a couple of new ones too) into a new, combined story featuring the two monsters. 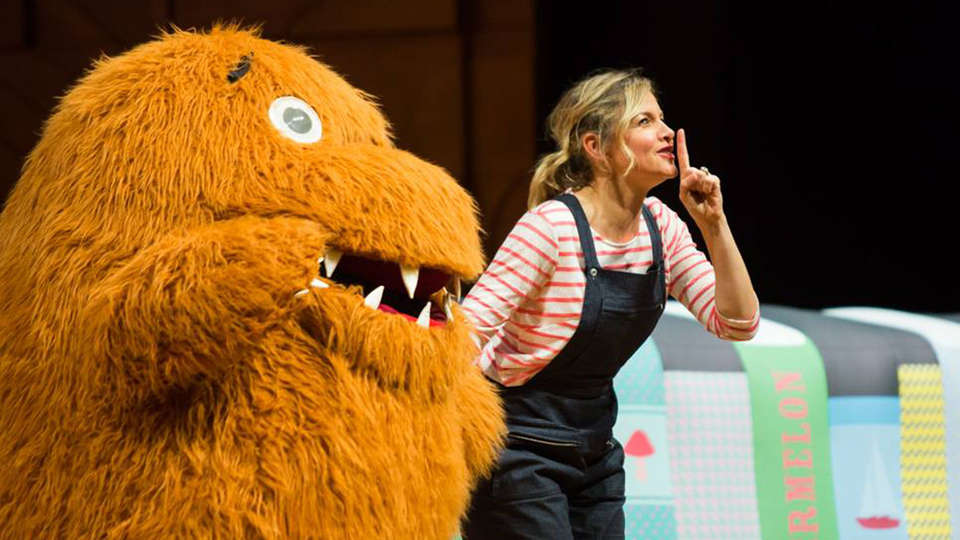 My favourite thing about this show is the interaction between the kids and Justine. There’s an intimacy between her and the kids, she speaks to them, not down to them. They sing, dance and play together. Perhaps it’s her many years on Play School, but I love watching the connection between her and the children. And don’t worry, The Gobbledygook is a big, friendly looking monster - there’s nothing scary about this performance.

Both my kids (ages three and five) had a great time at this show, and I’d recommend it to anyone with children six and under. 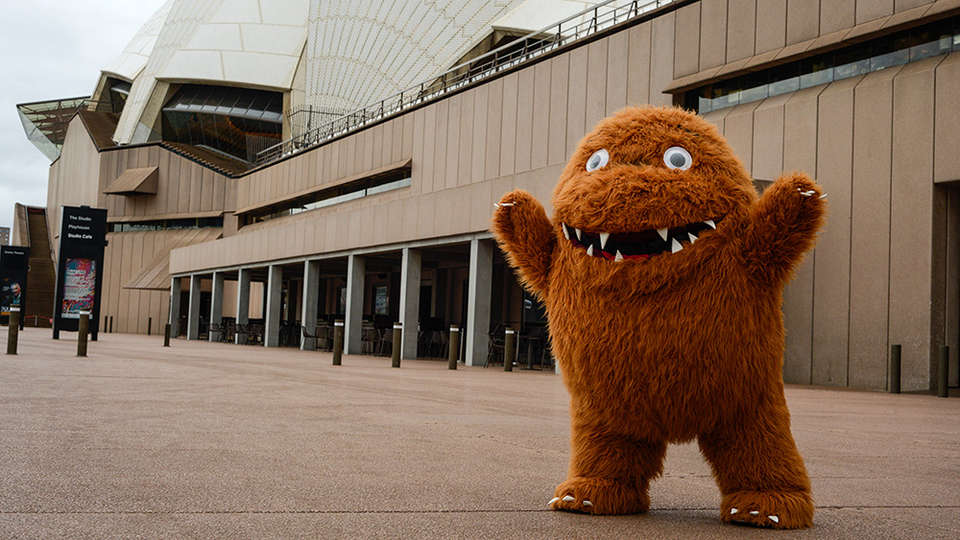 The show runs until July 11 - check out the Sydney Opera House's website for more info.

For more of The Gobbledygook, listen to Justin reading the story in our app! Download it today. 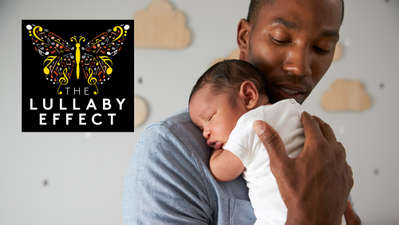