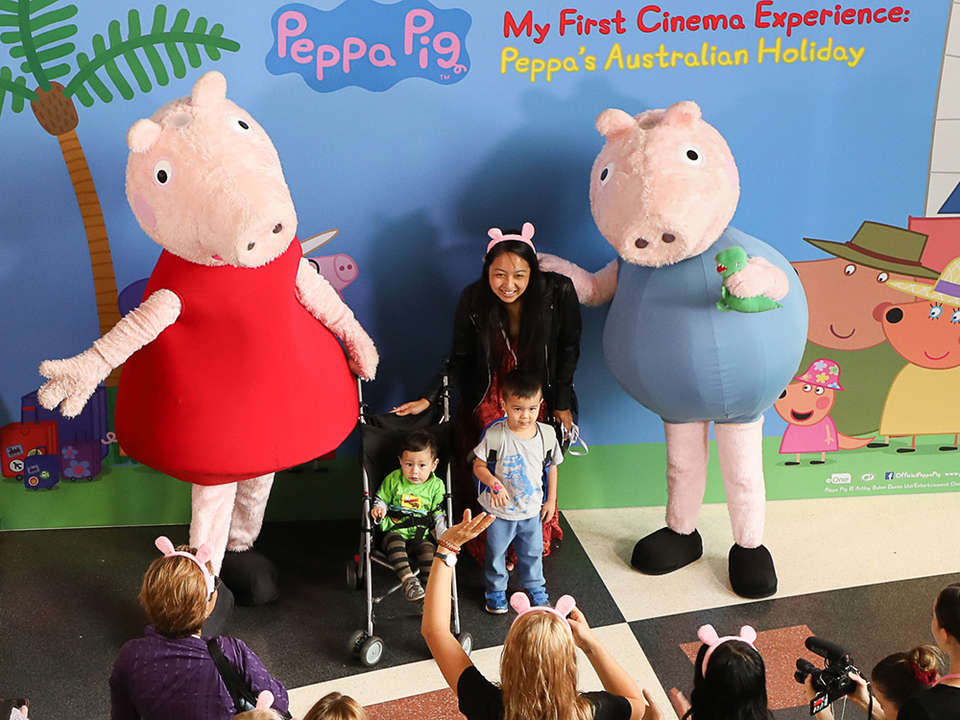 It was the hottest ticket in toddler town. Early on Sunday morning in Sydney, the world’s most popular piggy premiered her big-screen debut to a VIP crowd of celebrities, media and jubilant children. Hoyts’ Entertainment Quarter cinema looked suitably pretty in pink, with a pink carpet to match, balloons and special visits from people-sized mascots Peppa, George, Susie Sheep and Danny Dog.

The kids were beaming, even before they saw the free popcorn, drinks, piggy ears and temporary tattoos on offer. After two buckets of popcorn and an introduction from actor / entertainer Justine Clarke, we settled into the cinema to watch the show, extensively titled (big breath) Peppa Pig – My First Cinema Experience: Peppa’s Australian Holiday.


First things first, it's not a movie

Which is smart, because a film would be too long for many toddlers’ attention spans. Instead, it’s an hour-long show combining nine new Peppa Pig episodes, with live-action skits in between on screen.

The latter’s change of format does take a bit of getting used to. They star perky human friend Sophie and Peppa and George as three-dimensional puppets in a cartoonish but real set. After a bit of an intro, they explain they’re going to show us their holiday adventures, although Sophie didn't seem to get invited . Soz, Soph!

The kids loved the four episodes set in Australia, and they’re pretty funny to watch as parents too with their depiction of Aussie life and life. First up, Peppa’s posse head to the Outback with Kylie Kangaroo, where they “cook up a good ol’ Aussie picnic” – of corn cobs.  Yep, no shrimps or snags on the barbie – so unAustralian!

Then, a platypus trots out into the desert to eat corn (as they do) and the Kangaroos teach Peppa how to play cricket which she’s never heard of (which is weird because she’s English and they invented it, but anyways…).

Next, Peppa and the gang learn the art of surfing (George surfing on Daddy Pig had everyone laughing), explore the Great Barrier Reef with a marine biologist and learn (how not) to throw a boomerang with Mr Wallaby who ends up with three broken windows. The last one is hilarious.

London's calling... and so's the Queen

In later episodes, Peppa and her peeps heads back to England visits the zoo, cruise the canals and get riding lessons from Policeman Panda. The best episode is definitely ‘London’ where The Queen takes them on a private bus tour of the city, jumps over London Bridge and jumps in puddles in Trafalgar Square. 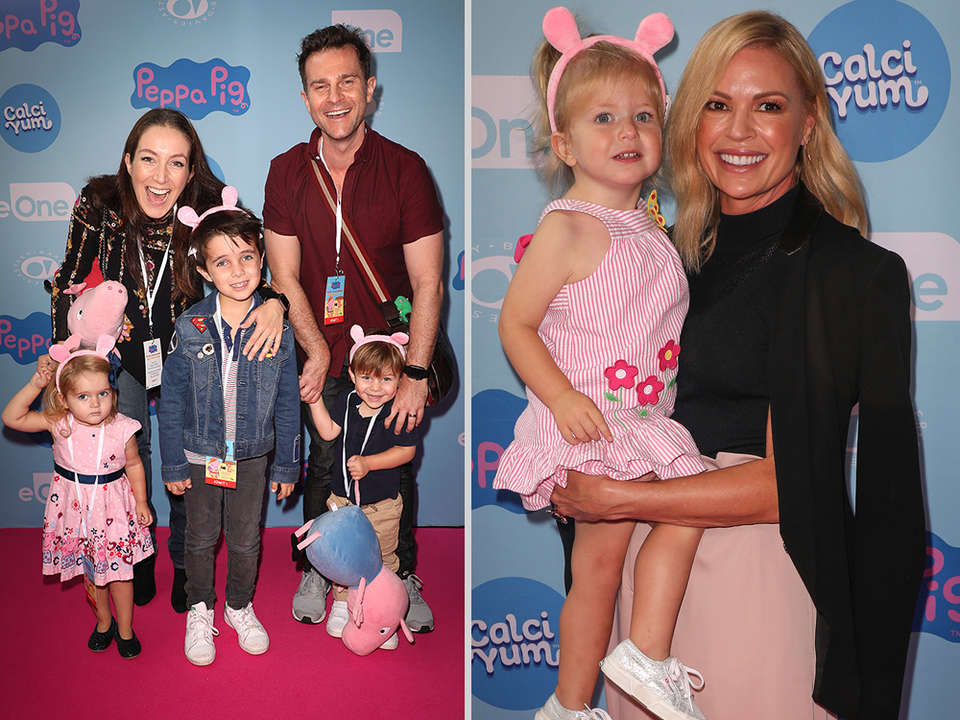 Celebrities David Campbell and Sonia Kruger with their kids

The new eps are great, the live action not as much

In between the eps, the live-action skits deliver the interactive sing-a-long element promised in the preview. So Soph, Peppa and George sing songs like the ‘Hokey Pokey’ and ‘Wheels On The Bus’ with the kids in the audience. Not surprisingly, they’re less into it than the actual Peppa episodes and start to get a bit restless by the show’s end.

Still, it’s a fun and festive experience for little families to enjoy. As a dad of two, I've seen more Peppa Pig episodes than I can remember, but these were definitely some of the funniest and most memorable. For my two-year-old's sake, hopefully Peppa heads Down Under again very soon. Fire up the barbie!