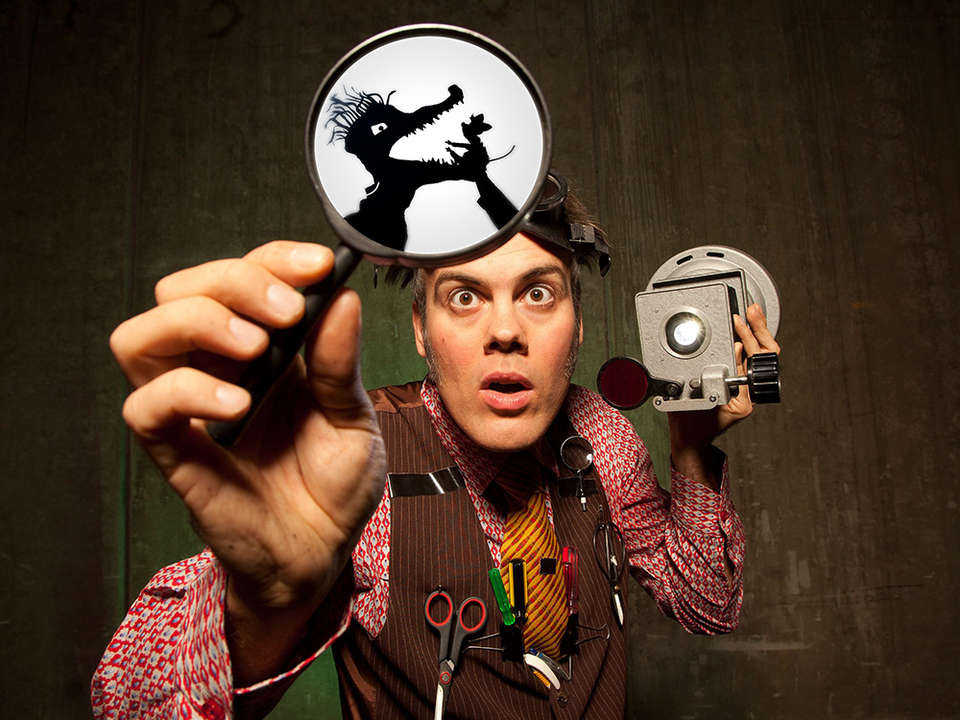 As I walked into the Monkey Baa theatre, I wasn’t quite sure what to expect of Bunk Puppets’ Swamp Juice.

The lights open on a stage full of boxes and odd looking creatures pegged on a clothes line. Puppeteer Jeff Achtem skulks around the stage, making strange noises with few actual words, eyeing off the crowd and causing peels of laughter from delighted youngsters.

My daughter asked me what was going to happen, and unlike most predictable stage productions for kids, I had absolutely no idea.

Which is part of the appeal of this clever, delightful shadow puppetry show. The action leads us on a whimsical, dark, and funny chase across a swamp. Jeff has his audience caught between watching the action and characters projected onto the white sheet, and his own crazy character controlling the puppets.

The show includes, in my opinion, the best interactive use of 3D that I have ever seen. Forget all the big block buster animations, this stage performance really knows how to use this medium.

There are parts that might be frightening for some children, particularly those under five, but for the most part my daughter’s squeals of terror sounded strangely joyful.

Swamp Juice by Bunk Puppets is on at the Monkey Baa Theatre in Sydney’s Lendlease Darling Quarter from January 17- 21 - visit their website for tickets.