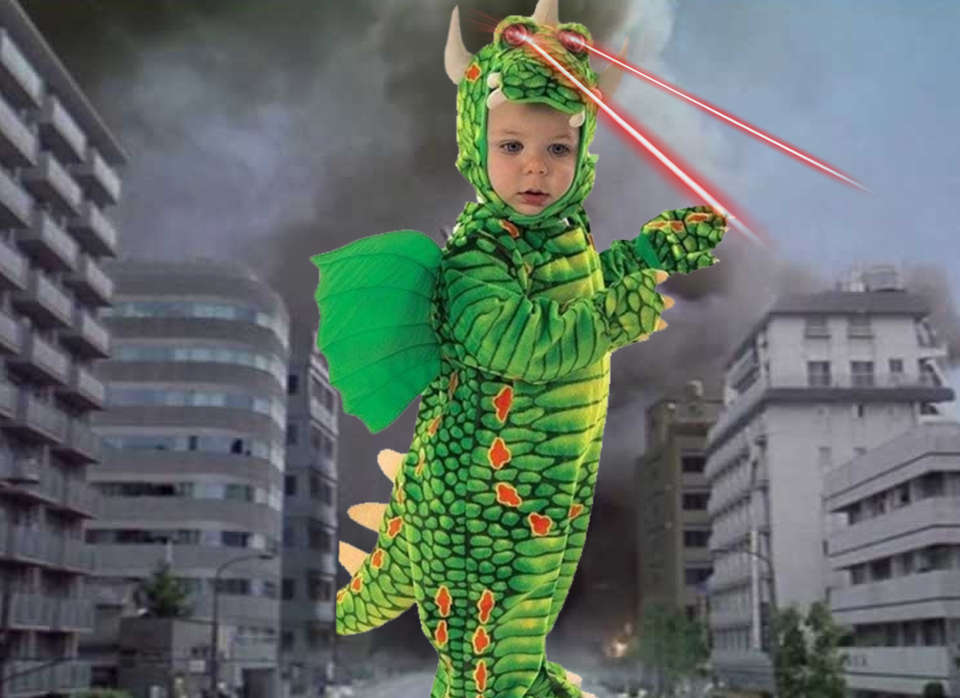 Does your little one often become a little monster, stomping loudly and wreaking havoc? You're not alone - we've all experienced a toddler running riot and wondered what's got into them.

To understand these peculiar (but amazing) creatures, Kinderling Conversation sent out an SOS to Robin Barker, child expert and author of awesome parenting guides including The Mighty Toddler and Baby Love.

“Toddlers are often anti-social, demanding and self-centred," she says."These behaviours in a 40-year-old adult would perhaps indicate some sort of mental health problem. However, generally in toddlers, all those things are quite normal.”

Robin shared her practical (and humourous) tips for taming your Tod-zilla and keeping your sanity:

1. Don't expect toddlers to do manners

“We often expect 18-month-old toddlers to sit and play nicely with their little friends for an hour or two while we go and write our novel. But, they haven’t been around for long enough to know how to behave.

"They’re not really sure what’s expected of them. They don’t know how to control themselves or their environment. They don’t understand manners. They think it’s fine just to grab that toy from someone if they want it.”

“Toddlers are very egocentric so from their perspective, everything revolves around them - and again, we know adults that never get over that stage! However, egocentricity is quite normal in toddlers. That’s how they’ve experienced the world so, for example, if they want to get up at four o’clock in the morning and start playing games they don’t really understand that their parents might not want to, but because they do, then that’s how the world has to work. Toddler egocentrism is the main reason for their attention-seeking behaviour.”

“Some toddlers are shy. Some toddlers are hyperactive, some are relatively laid back.Temperamental differences in the toddler years tend to be very noticeable. Whether toddlers actually go on to become that sort of person is another matter. Some do but most don’t and I think that the important thing in relationship to toddlers' individual temperaments is not to predict or set them on a certain path, because they behave in a particular way at that age.

"Try not to label them or think that this is never going to change. As their abilities expand - for example, their intellectual, physical and speech abilities - a lot of those less attractive temperamental behaviours, often diminish and even disappear.”

4. Communicate on their level

"Toddlers are mostly concrete thinkers oriented to the here and now. Concrete thought is based on something solid that exists in reality. Abstract thought, on the other hand is the ability to reason and understand ideas. Abstract thought is beyond most toddlers until their speech is fluent and their memories are fully developed.

"For example, they’re not going to understand something like ‘Mummy is really tired. She’s had a terrible day and she’d really like you to pick up the bricks.’ That doesn’t mean much to  toddlers who understand communication best when it is about things they can feel, see or touch. It’s much better to sit down on the ground and say to your toddler ‘Let’s pick these up together’, and show them how and do it with them.”

“Change is difficult for children (and adults) of any age, but particularly in the toddler years because their internal world is often chaotic. It helps enormously if their outer world is predictable and concrete. Rapid, unpredictable  change has the capacity to leave toddlers floundering. Even planned change - for example, talking about childcare or a new baby before the event - can upset them because it is hard, almost impossible, for toddlers to think ahead and understand the reality of what these changes might mean.

"There’s a whole range of things that will potentially negatively affect toddler behaviour. Things like going into childcare, separation and divorce, travel, illness, a new baby, are all things toddlers will have difficulties with. They can be worked around and, of course, some changes are simply part of living and are unavoidable. We can help them adjust, but ideally if major changes to toddlers' lives can be bypassed so much the better.”

“Routines in the lives of a three-month old or a six-week old baby is, in my opinion, a bit silly. However, once babies turn into toddlers, routine becomes really important psychologically and emotionally. If a toddler's day has a routine he/she knows what to expect."

Routine not only helps toddlers, it helps parents, too, because it gives parents the opportunity not only to structure their day as well but to have some planned down-time."

“Shared care of toddlers is extremely important because it’s unfair and unrealistic to expect one person to look after a toddler morning, noon and night seven days a week. It’s exhausting work and if you have two or three toddlers, it’s so much more work. The person who’s doing the minding needs a break.

Check out Robin's books on Pan Macmillan's website and Booktopia, and her e-books on the Xoum website. She is also the author of Close To Home, a book of short stories about love, life and family.

More features on toddlers and parenting:

:: How to negotiate with a toddler
:: Ten ways to discipline kids without losing your cool
:: Essential food tips for sleep-deprived parents
:: Mindful Parenting for beginners