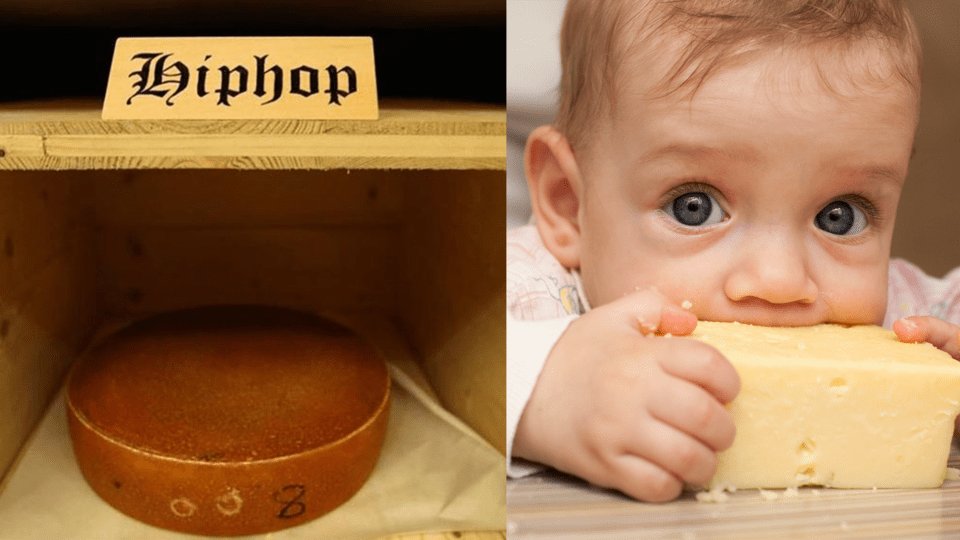 Stop the presses! A recent experiment has found that playing hip hop to cheese gives it a "discernibly stronger smell and stronger, fruitier taste".

We feel like this is one scientific hypothesis that might be worth investigating for ourselves. After all, it does combine two of our toddlers' favourite things: cheese and songs that contain rude lyrics and/or themes that fly completely over their heads.

The experiment was titled Cheese in Surround Sound and was carried out in Switzerland (a.k.a. the home of cheese). It involved placing nine wheels of Emmental cheese in their own separate crates, playing a different style of music to each cheese, and then leaving them for six months to mature.

The various cheese wheels "listened" to We Got it From Here by iconic hip hop group A Tribe Called Quest, Led Zeppelin's Stairway to Heaven and Mozart’s Magic Flute. Rather than using loudspeakers, the experiment used "mini transmitters to conduct the energy of the music directly into the cheese".

We can't say we understand how this works ... but we're down with it.

According to researchers, the results were as delectable as they'd hoped.

After six months in musical purgatory, the cheese wheels were released upon the discerning palates of a highly qualified panel of cheese connoisseurs.

Of the three genres of music tested, it was found that Hip Hop made for the tastiest cheese maturation ... and off the back of this very important study, we predict sales of A Tribe Called Quest to experience a (well-deserved) resurgence.

The report summarises, "The experiment was a success, and the results are amazing: the bio-acoustic impact of sound waves affects metabolic processes in cheese, to the point where a discernible difference in flavour becomes apparent – one which can even be visualised using food technology."

So there you have it!

So, what are you waiting for? Go blast some Kendrick, some Biggie, some Tupac ... whoever your Hip Hop idol of choice may be. Get the kids to sing it loud and proud as you peruse the cheese aisle at the supermarket. Put a loudspeaker (or a mini transmitter if you have one at hand) in the fridge and get that Hip Hop party started.

Because - if it's possible for cheese to taste even better - we need to try it! 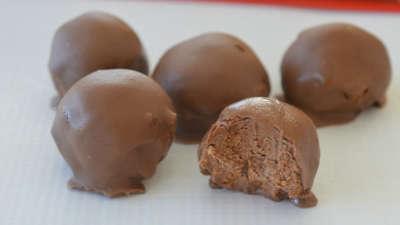 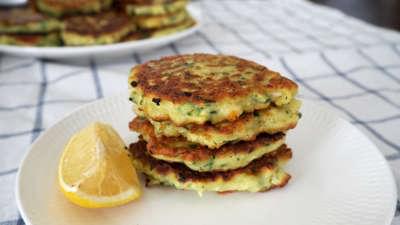 Lots of veggies, freezer-friendly and a kid fave! 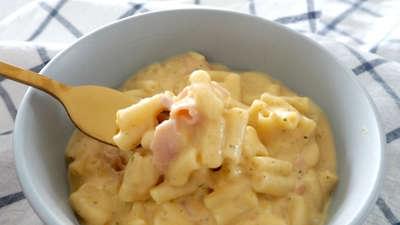