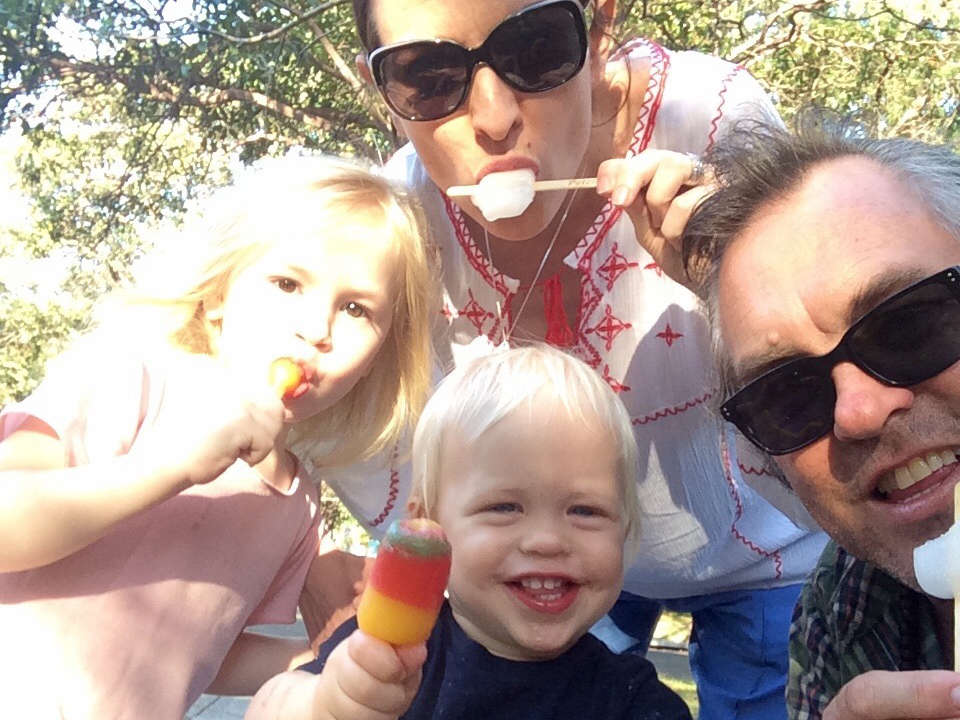 Shevonne Hunt is the host of our parenting show Kinderling Conversation

This New Year’s Eve I’m going to make a different kind of resolution.

Instead of listing all the things I could do more of - eating well, exercising, seeing friends - I’m going to try and do less. And it’s in one of the biggest parts of my life: parenting.

And by parenting, I mean worrying, because that is what I tend to do when I think I’m being a ‘good’ parent.

This has been a long, slow burn of an epiphany.

It began around the time my daughter was about 14 months. I was having a check-up with my lovely GP. I was back working, I was sleep-deprived and run-down. We were chatting about how I could restore the balance in my life, when she said she believed in ‘benign neglect’, which made me imagine my daughter falling down the back steps or drinking toilet cleaner.

But she was onto something. Benign neglect really just means letting things be.

She was saying that it’s okay if your child sleeps with you at night, or you didn’t use the ‘1,2,3 magic’ technique the right way all the time, or that they watched a movie in the middle of the day.

I’m pretty sure she was trying to say, Shevonne, your kids are happy, healthy children with a roof over their head and are surrounded by people who love them. You’re doing fine.

I’m not saying that the things I worry about aren’t important. After all, my daily job is talking to experts about ways to parent, but through all the many interviews I’ve done over the year, I have learnt one very important thing about parenting.

And that is, there are as many ways to parent as there are sultanas in my son’s car seat. And, many times, people can have completely different approaches to the same problem, and they can both be right.

Basically, you have to learn what is right for your family, and stick to that. Take what works for you, and leave the rest.

I’ve found that I get something out of all the interviews I have done. Sometimes I’m totally inspired to try something different, and sometimes I’m more certain that the way I parent is the right way, for me and for my family.

Here’s a few choice bits of advice that I gleaned along the way that have helped me to embrace my New Year’s Resolution.

TV presenter Jessica Rowe and comedian Em Rusciano were both open and embracing of their imperfections. Somehow their honesty about the way they parent was refreshing and made me realise that a parenting fail is just part of the gig. Your kids won’t end up on the street and destitute if you give them a vegemite sandwich for dinner.

As a parent, you hear a lot of advice about how it’s important to spend time with your partner, individual time with your kids, to exercise, meditate, see friends, enjoy time on your own, time to dedicate to your career. It made me tired just listening to it all.

Then I interviewed psychologist Sam Symes who says that work-life balance doesn’t exist. She advises we get rid of the phrase - what a relief! That is something that will definitely get the boot in the new year.

And finally, social researcher Rebecca Huntley came on the show to talk about ‘self-identity’ after motherhood. She made the point that your kids will be a part of your life for as long as you are alive. That is, parenting is a long game. Don’t sweat the small stuff, enjoy the time you have and know that you have a looooong time to care for and influence them.

And you know, thinking about my New Year’s Resolution, I feel so incredibly relieved. I think if I get rid of all the incessant worrying that I’m doing the wrong thing, that one mistake will ruin my kids forever, I will have space for the important stuff.

Like eating ice cream at the beach at 10 in the morning. And lying on the lounge watching a movie with both kids on my lap. And sleeping with my arms wrapped around my daughter, with her lovely warm little body snuggled in to mine.

I really do think that it will make for a better 2016 for everyone. Myself included.