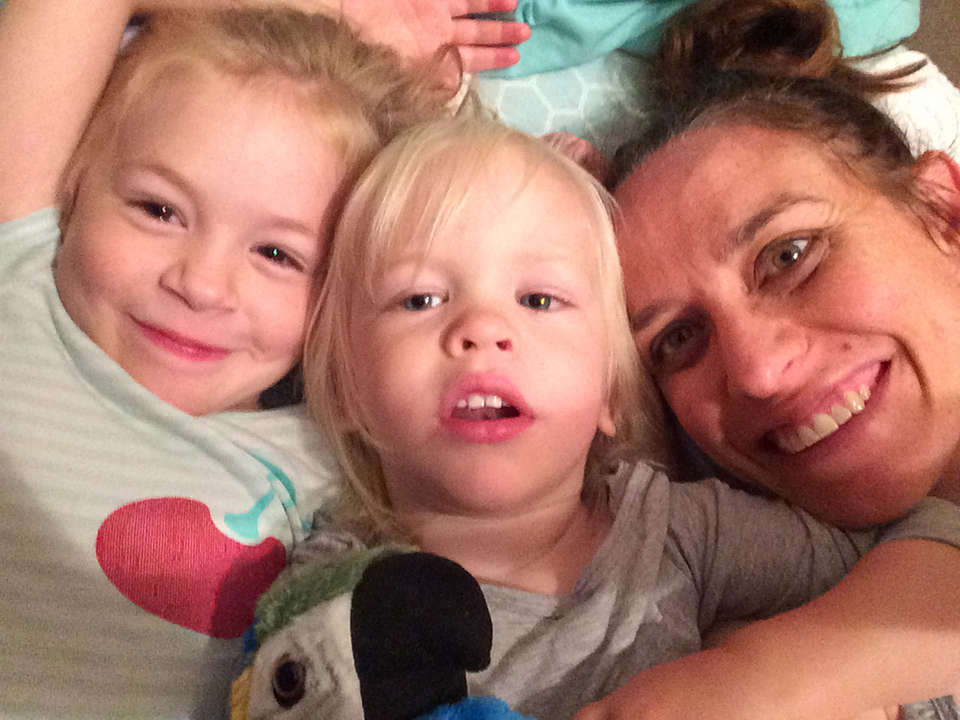 It’s not even winter, not even the height of cold and flu season, and I am sick.

To add insult to injury, no one else in my family is sick.

Normally one of the kids will catch something, give it to their sibling, pass it on to their father, and finally, I will receive the germs at what feels like 10 times the ferocity of anyone else.

But not this time. I don’t even know where it has come from. I’m offended! After all, I’m a working mother. I don’t have time to be sick! I motor through the week with the precision of a well-oiled machine. I eat an apple every day, I wash my hands often, I take the advice to stay healthy.

Yet here I am. Lying in bed at night with a mild headache and runny nose. I wake up feeling just as average, but make it worse by thinking about everything I have to achieve while feeling well below par. I’m not dying or anything. I just feel completely flat. I have no patience for the kids and I can’t find the energy to get out the door.

It’s just a cold, I tell myself, get over it! Soldier on! Don’t be a wuss!

Deep down I know the best thing would be a full day in bed. A good, deep uninterrupted sleep and I’d probably feel as right as rain.

But, back to my previous point. I’m a working mum. I don’t have time to stop. If I stop… who knows what would happen?

I go to the doctor for a routine check-up, happy to have someone to complain to who has to listen to me. I tell her I know it’s just a cold. She tells me if I want to kick it, I have to rest. Drink plenty of fluid… and maybe take some zinc.

But she is adamant, and I know she’s right.

When did resting become so impossible for parents to achieve? Single parents don’t always have the option, but when there are two of you, why don’t parents allow themselves to fall in a heap?

I don’t know about you, but I have an ingrained voice telling me that real mums don’t take a break. Real mums do soldier on. They don’t leave it to their other half to pick up the pieces. They don’t disappear under a doona to let others do their job.

But this time, I took the doctor’s advice. I listened to my own intuition that said, yes, this is mild, but if you don’t want it to get worse, you have to rest up now.

All it took was asking my husband if he’d mind flying solo the next day. I went to bed, knowing that I wouldn’t get up in the morning to fix breakfast and get my daughter to swimming. I was going to lie in bed. Asleep or drifting between sleep and wakefulness.. until 9am.

What a revelation! 9am! It was like I’d had a week off in the Bahamas (almost). I’m feeling much better now. I know I still have to take it easy or risk slipping back into lurgy purgatory… but I’ve found the patience to find that one tiny Shopkin five minutes before we have to leave, to do drop offs with the kids fighting in the back and to work.

It’s the old analogy of putting the mask on yourself before you help someone else.

This winter, if you’re feeling unwell, and there’s someone else to lend a hand, my advice is to let yourself fall in a heap.

Spend a day in bed sleeping or watching Netflix. Or just have the morning off.

You’ll feel much better for it, and the world won’t fall apart.

:: I finally stopped being a mum martyr and I couldn’t be happier
:: Why parenting is a paradox
:: Mindfulness tips for parents and kids with Amy Taylor-Kabbaz