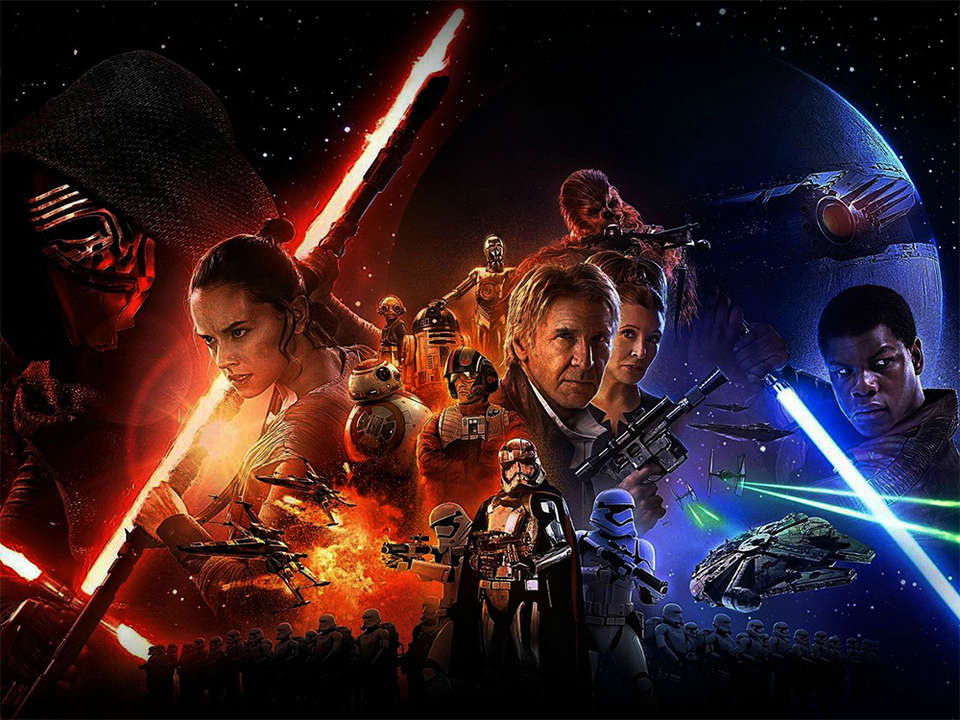 Going into Star Wars: The Force Awakens, I was more nervous than Luke Skywalker walking the plank above the Sarlacc Pit in Return Of The Jedi. Despite my wishful thinking, a new franchise in the beloved series comes fraught with danger. There's a lot to gain but there's even more to lose.

After all, 16 years ago, fans took the plunge with the first prequel The Phantom Menace only to fall into a steaming pile of Bantha dung. With its soap opera dialogue, wooden green-screen acting and confusing politics, George Lucas' new trilogy managed to turn one of the greatest stories never told – Anakin Skywalker turning to the Dark Side to become Darth Vader – into one of the lamest ever sold. So bad was its stink, for a while it even tarnished the first films and the captivating cosmic world Lucas created way back in 1977 just by association.

Thankfully this time The Force Awakens - directed by J.J.Abrams (perhaps best known for rebooting Star Trek and Mission Impossible, and co-creating Lost) - learns from Lucas' mistakes and lands a winner. An exhilarating, well-made winner that recaptures the spirit, heart and soul of the original trilogy.

I’ll resist diving into the story to avoid spoilers but let’s just say, it's a lovingly-forged fusion of old and new. Both fresh and familiar, there’s plenty of nods and allusions to the classic films to delight die-hard fans, but it's also infused with a modern outlook (women thankfully play a far stronger role, for starters), a sharp wit and plenty of charisma to connect new comrades and old.

It’s a joy to see old friends like Han Solo and Chewbacca rubbing shoulders with fresh, well-written characters that stand up on their own. And just as crucially, the script delivers enough get-you-right-in-the-heart moments throughout the film to guarantee some serious warm and fuzzy feels.

The music score is epic and the 3D visuals are breath-taking and crucially, look real. So many of the ships and props in the prequels looked impossibly shiny and fake; by contrast, with Abrams’ insistence on real, authentic sets (embodied in the trailer below), the ships and speeders in this one are dirty, dented and used.

The film isn’t faultless. It jams in new characters, creatures and planets at a breakneck, at times disorientating speed. And as it goes on, the nods to the original trilogy’s story become heavy winks and then big elbows in the ribs going ‘See! See!’. It's particularly prominent in the final act, where story elements risk becoming predictable and even derivative.

Is it suitable for kids? No doubt, they’ll be blown away by the high-speed chases and explosive action, but the film does feature deadly lightsaber duels, exploding spaceships, some very menacing villains and some sad emotional scenes. With that in mind, it’s understandable that it’s rated M. So best suited to older kids, for sure.

That all said, the child in me - the youngster watched Star Wars all those years ago (too many years, really) - was thrilled with this new adventure. And even the more cynical grown-up me, the one scarred by the prequels, was impressed.