Sticks and stones - how words can hurt new mums 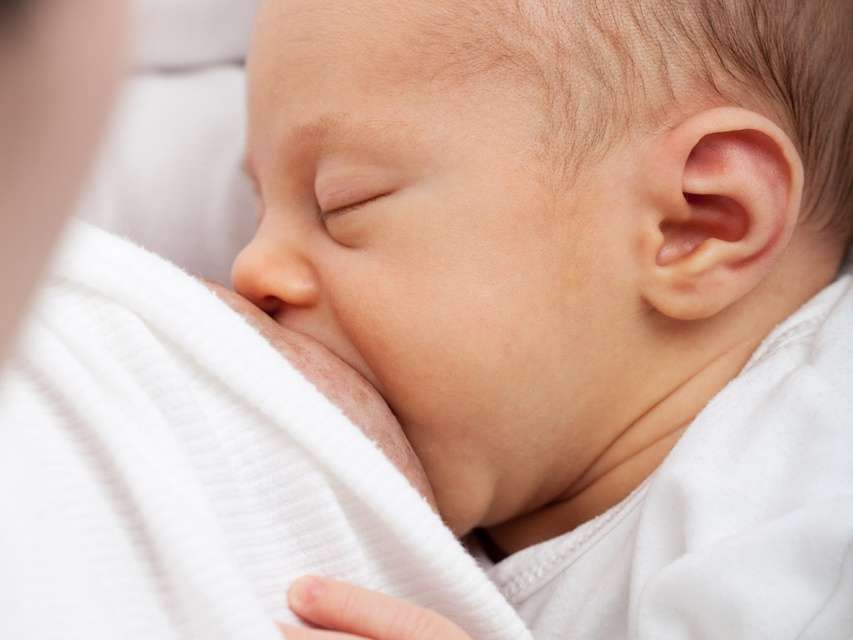 I remember the first night after my daughter was born. I was exhausted and slightly giddy. Once my partner had left to get some sleep at home, it was just the two of us in the room. I remember thinking … wow. That little creature in that crib, all swaddled and silent, is mine. My baby.

After she was born, we tried breastfeeding. She lay on my chest, all slippery and alien-like, trying to find my breast. It wasn’t much of a feed, but it seemed simple enough.

In the dark, cool silence of the hospital room, with no one else around, it felt plausible that breastfeeding was the most natural thing in the world and that I, who had just triumphed through labour, was well equipped to do it.

And so, I picked my darling daughter up and started feeding her. Or so I thought.

When sunlight broke into our little bubble of love, and I could actually see the result of our combined efforts that night, I was alarmed to see that I was covered in angry red hickies.

It was obvious that I needed some guidance, so I went to the hospital’s talk on breastfeeding with a lactation consultant. It was very practical, very hands on. We were all encouraged to get our boobs out and give it a go. I was reluctant to expose my failed attempts so publicly.

Listen to the full story:

I waited until nearly everyone had gone, before I asked the consultant for help. She grimaced at the state of my poor mammaries, and suggested that I had “inverted nipples” and that she wasn’t sure I’d be able to feed my baby.

I went back to my room in a daze. If she didn’t know how I’d feed my baby, how could I possibly work it out? Would I need to get formula for her? Did I need to express? How did one even do that? I felt an overwhelming urge to burst into tears. I thought I’d failed the first simple test of parenting: feeding your child.

That was my very first experience with breastfeeding, and while Darcy and I muddled our way through the first painful months, we got there eventually. It could easily have gone the other way.

Elaine Burns, a lecturer in Midwifery at the Western Sydney University, found that the language support staff use can have a direct impact on the way new mums think about their baby, and whether or not they continue breastfeeding.

She said in an attempt to make women feel better about breastfeeding, blame was shifted to the babies. Midwives described babies with words like “lazy”, “antsy” and “cranky”.

Elaine found the descriptive words used about babies became a part of the woman’s own view of her child.

One woman, complaining that her nipples hurt, was told that it was painful because she wasn’t used to a “little piranha” hanging off them. Six weeks later the same woman, speaking to Elaine Burns, described her baby as being like a piranha.

And remember that feeling I’d had, about failing the first step of parenting? Elaine says that the emphasis on breast milk being essential food is unhelpful. She says it’s more important to think about the developing relationship between mother and baby, and once that’s the focus, the language becomes much more positive.

Of course, it’s not just midwives and lactation consultants who talk about new babies. Sometimes it can feel like the whole world has an opinion on your child and your mothering, even when it’s meant with the best intentions.

Newbies - babies and their mums - are finding their way in a brave new world. Watching how we speak to them might just help them get a happier, more enjoyable start.