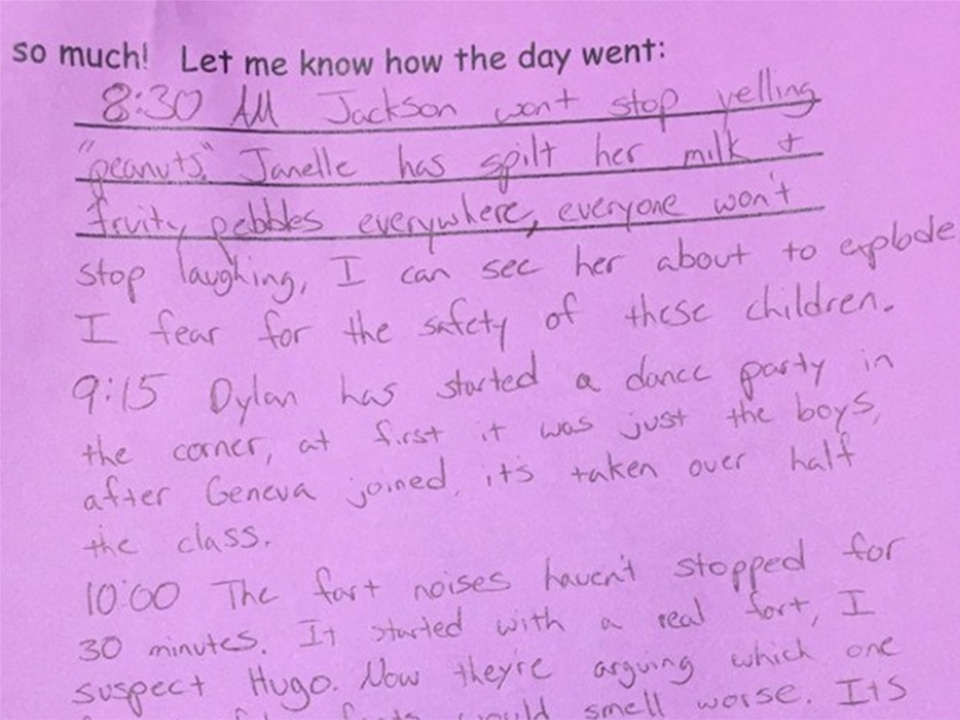 Think you're having a bad day with the kids? Spare a thought for the substitute teacher whose chaotic class notes have gone viral on Reddit, getting almost two million views to date.

Standing in for an absent colleague isn't easy, but taking over someone else's primary school class for the day is up there with Bear Grylls's toughest challenge. The day kicks off with one student Jackson repeatedly yelling 'peanuts' and Janelle's spilling her milk and fruity pebbles everywhere.

Less than an hour later, Dylan had started a dance party in the corner. It wasn't a problem at first because it was just the boys, "but then Geneva joined" and the dancing took over half the class.

By 10 am, things had gone from bad to worse.  "The fart noises haven't stopped for 30 minutes. It started with a real fart. I suspect Hugo. Now they're arguing which one of their fake farts would smell worse."

The anonymous sub survived till recess "fashioning ear plugs out of broken crayons". But a few hours with Jackson, Janelle and co. led to her drafting a letter of resignation by the end of the day.  "The name Jasmin appears no less than 8 times,” she wrote at the end of her viral pink note.

We hope she recovers soon. Here's the full note: 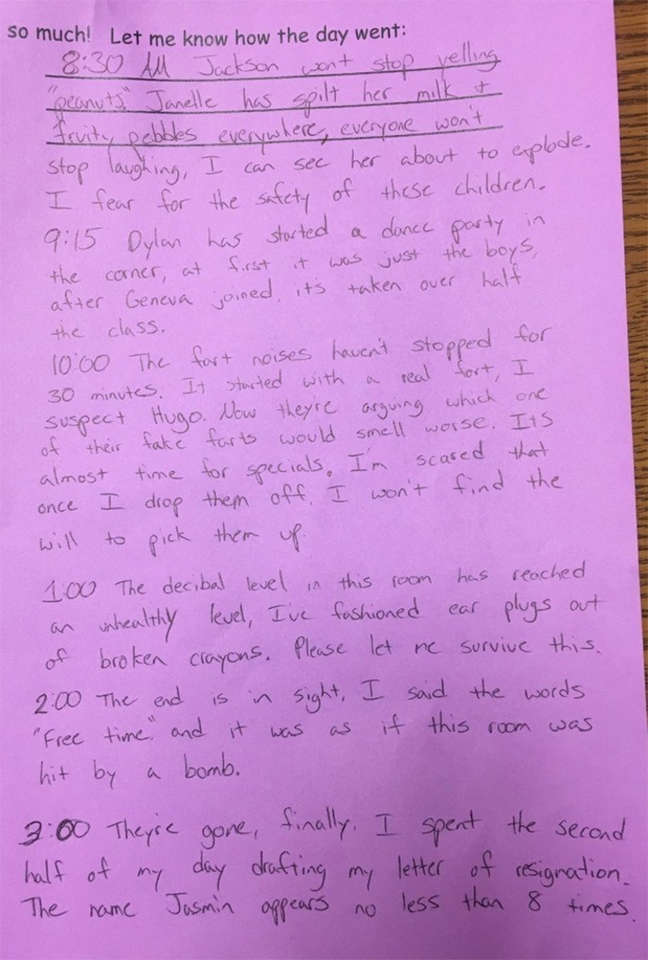