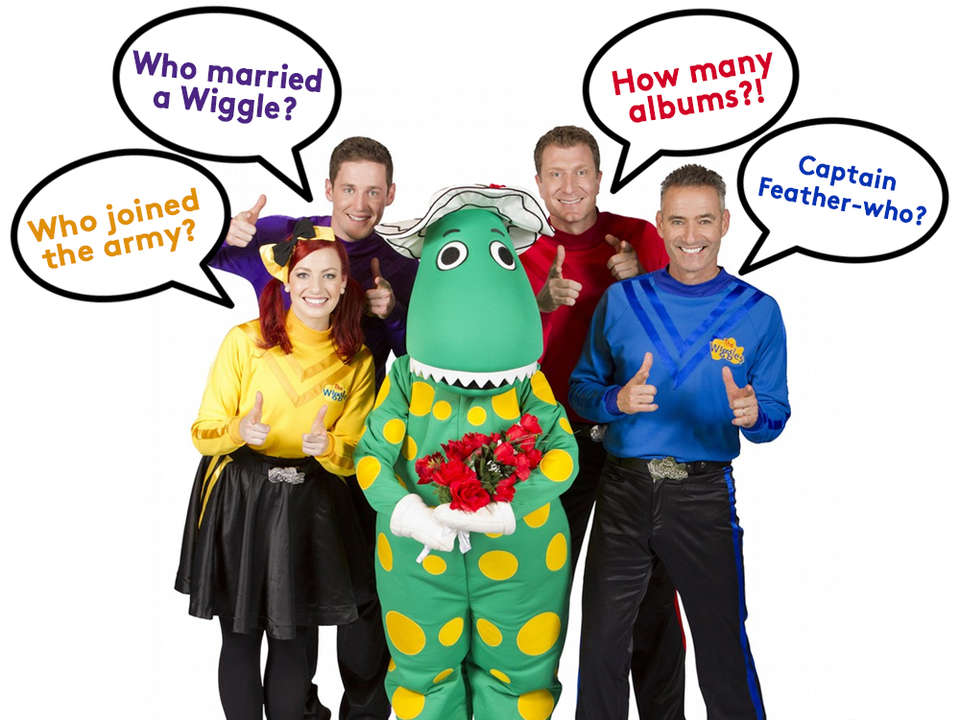 How well do you know The Wiggles? The kings of the kids have spent 28 years in the biz, entering the hearts and homes of littlies and grownups alike. So how much do you really know their colourful career?

How many Wiggles were there originally? Which member was voted Cleo's Bachelor Of The Year? Who married a Wiggle dancer? Take our 25-question trivia challenge and see if you're a Wiggles wiz or a wannabe.

Answers listed below -  no cheating!

1. What rock band were Jeff and Anthony in before The Wiggles?

A. The Mozzies
B. Adam And The Ants
C. Simon And The Slugs
D. The Cockroaches

2. How many Wiggles were there originally?

3. In 1999, which Wiggle was named Cleo magazine’s Bachelor of the Year?

4. Which Wiggles were married?

5. How many ARIA Awards have The Wiggles won? 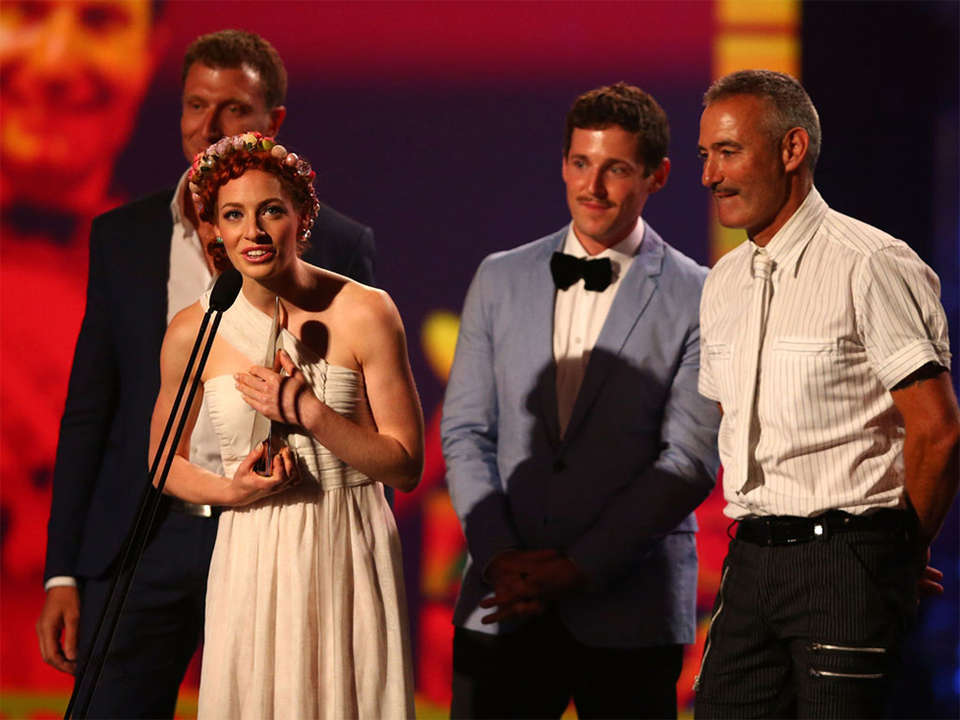 6. Which member has been in the Army?

7. Which TV show did The Wiggles famously appear on in 2001?

8. Which educational institution did the original Wiggles meet at? 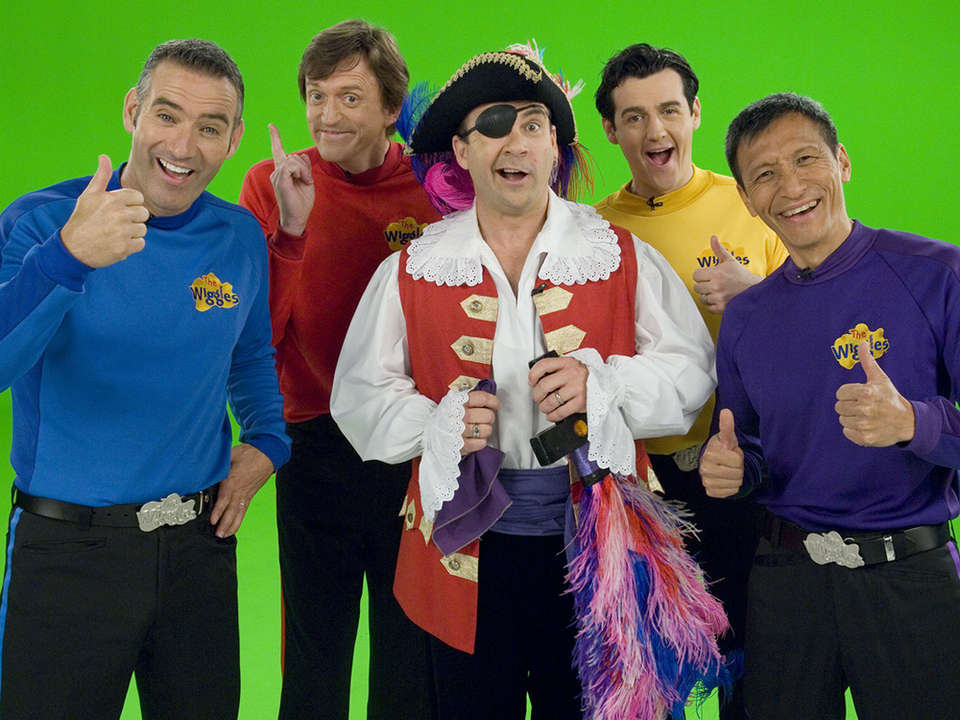 13. Which celebrity has NOT appeared on an episode of The Wiggles?

A. 'Wiggle It (Just A Little Bit)' by 2 In A Room
B. 'Wiggle Wiggle' by Bob Dylan
C. 'Wriggle and Roll' by Peter Combe
D. 'Get Ready to Wriggle' by John Field 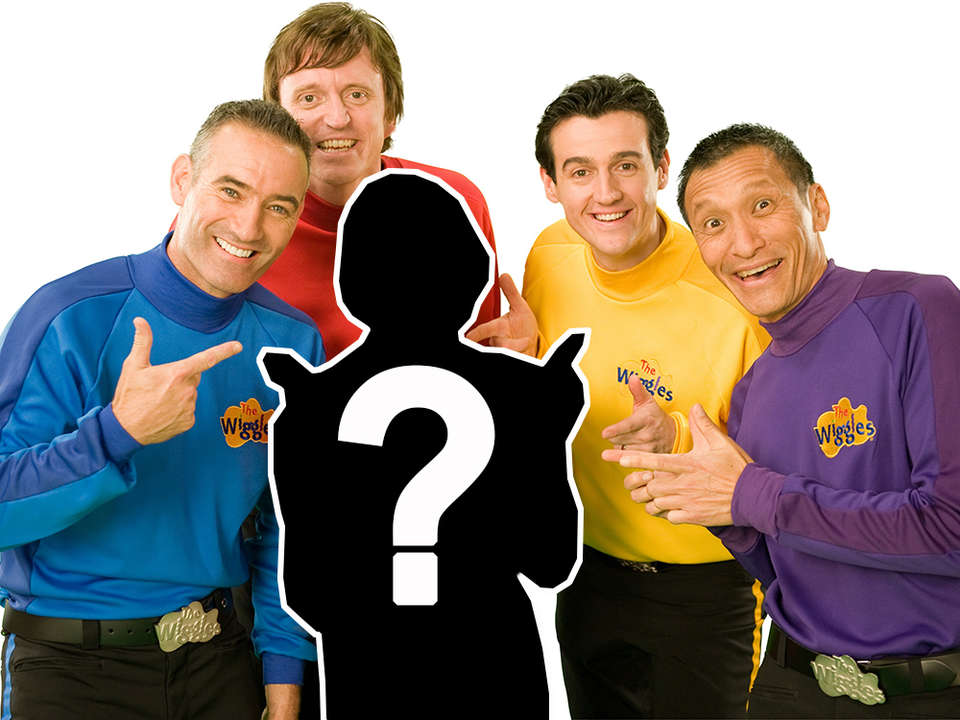 A. Officer Beaples
B. Professor Singalottasonga
C. Claws The Cat
D. The Cook

19. Yellow Wiggle Emma is famous for wearing what kind of hairpiece?

20. How many albums have the group released?

21. Where would you find Wiggle World in Australia? (hint: it's an amusement park) 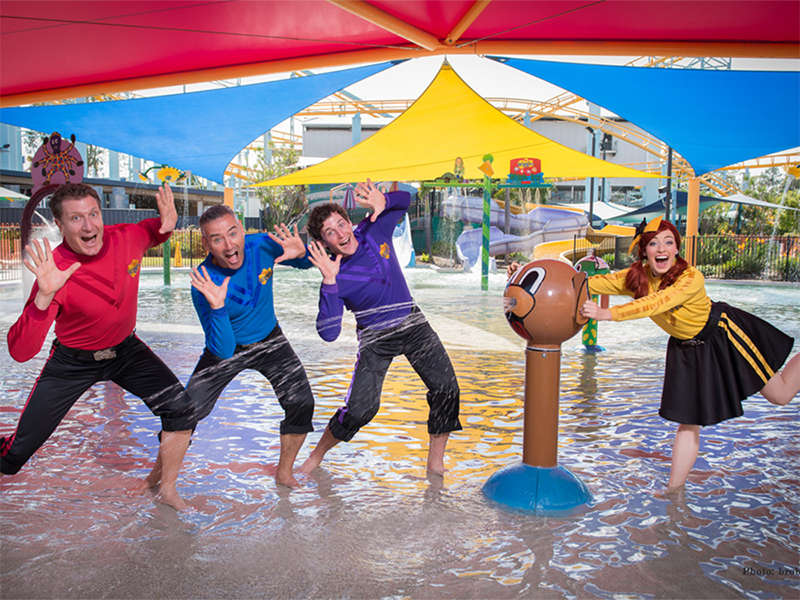 22. Which of the below is NOT a Wiggles song?

A. Do The Propellor
B. Do The Pretzel
C. Do The Plank
D. Do The Skeleton Scat

23. Who leads the Underwater Big Band?

24. Which song have The Wiggles NOT covered in their career?

25. In 2010, the original Wiggles were honoured with which national award? 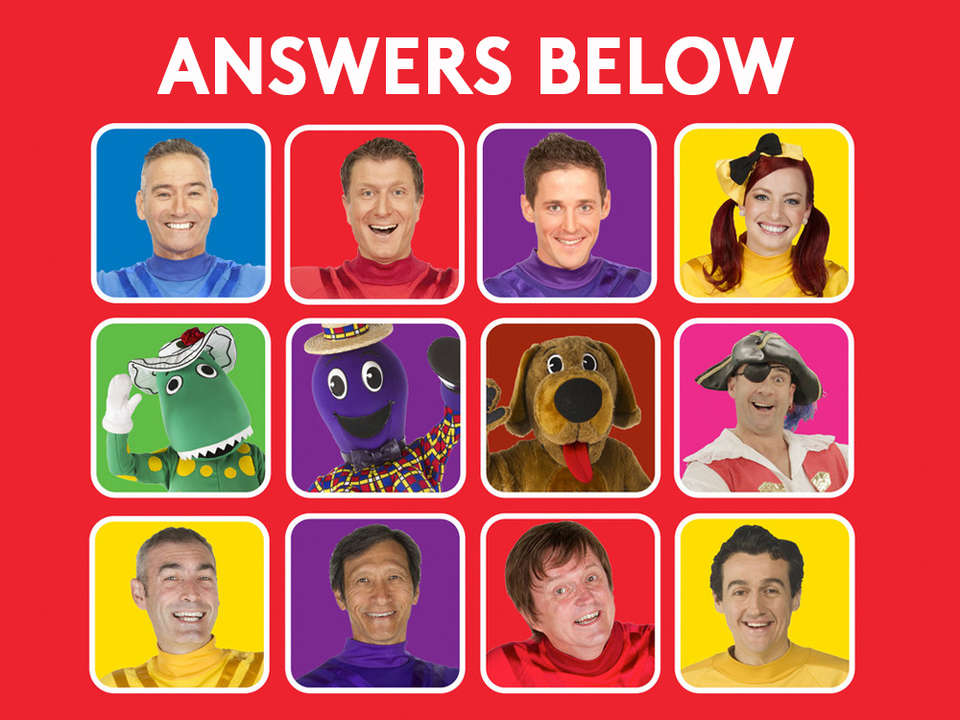 2. Five. Phillip Wilcher left after the first album to focus on composing music.

3. B – Anthony Field (sadly no photo evidence is online!) 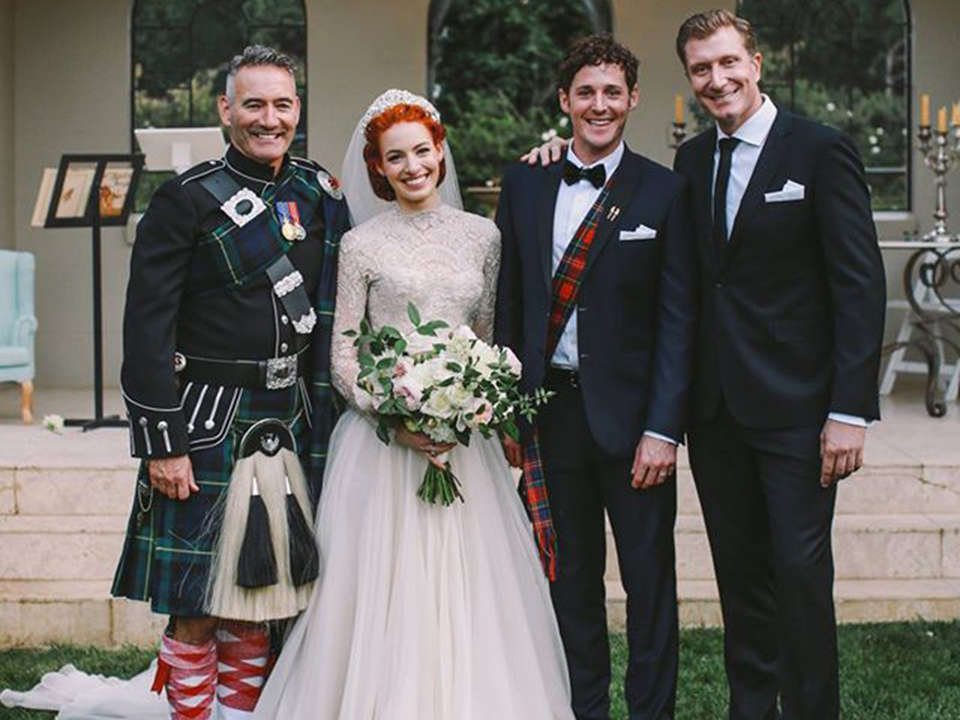 7. B – Neighbours. Here they are rolling into Ramsay Street! 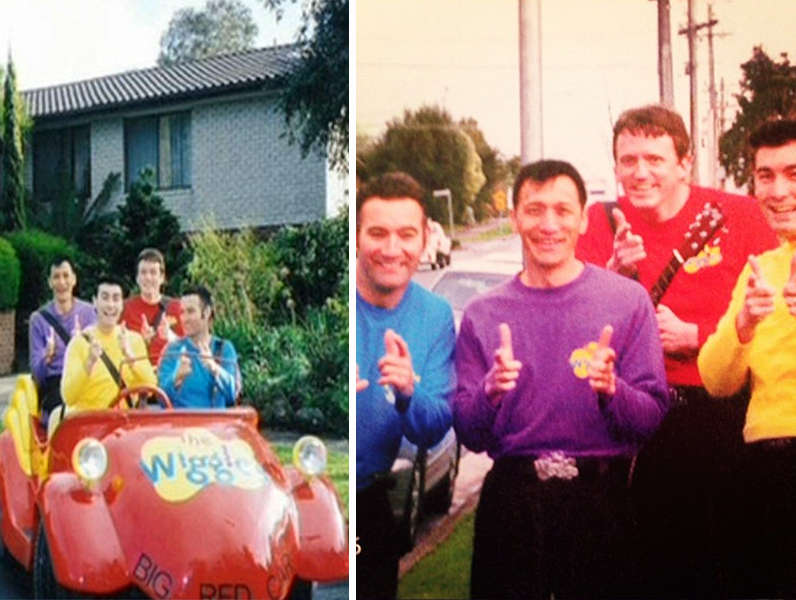 17. C - Kylie Minogue. She sang on their song ‘Monkey Man’ on the album The Wiggles go Bananas. 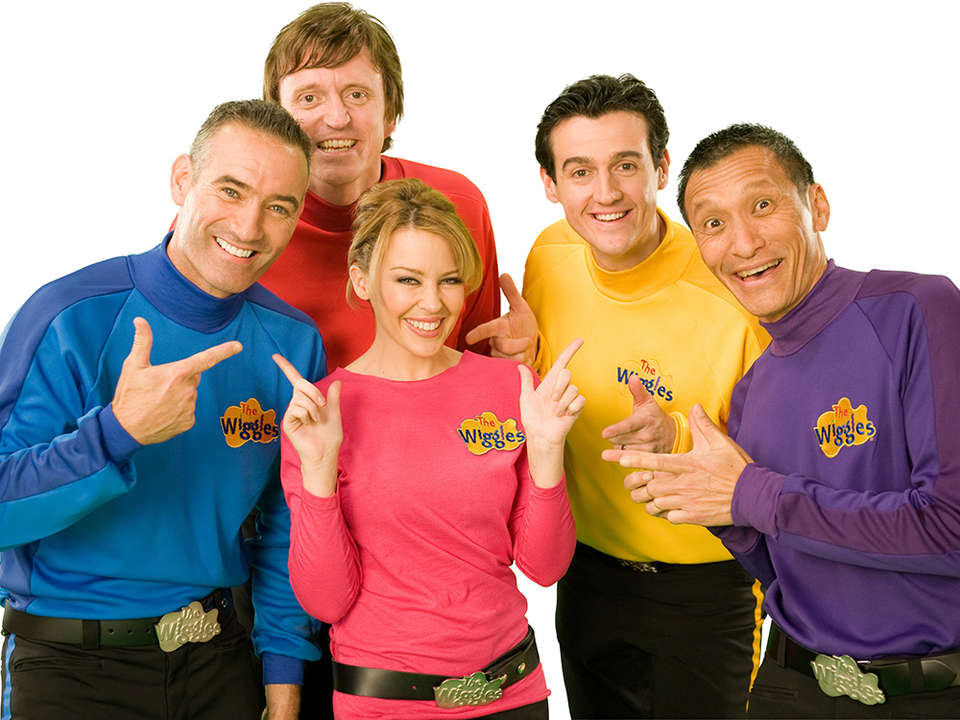 25. The Order of Australia 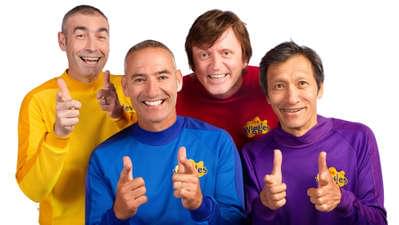 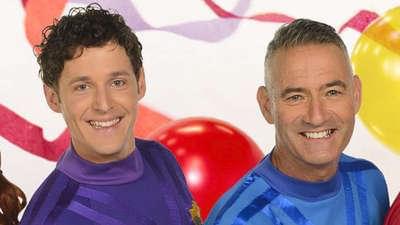 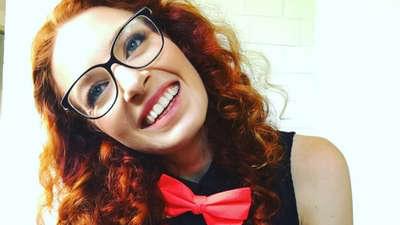