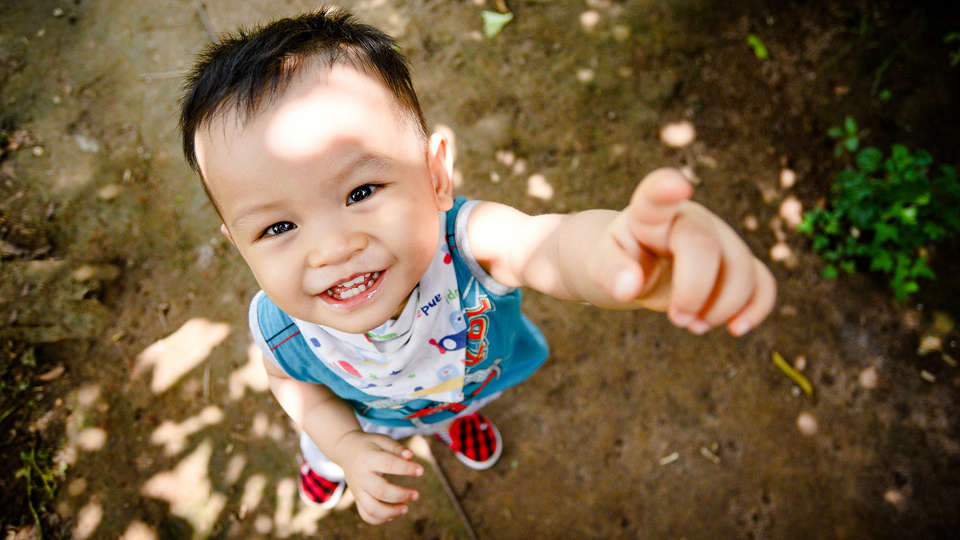 Often teething is just as painful for the parent as it is the baby. First time around it often doesn’t click that all their drooling, crying and discomfort might be a sign of new pearly whites.

So how can we be more prepared as parents for the emersion of chompers? Paediatric dentist Dr Philippa Sawyer has all the answers you need.

How can you tell teeth are on their way?

"One of the first signs is that they're going to be dribbling more, so there's that increased sensitivity of the mouth and putting lots of things into their mouth," Philippa says. "Along with that goes bacteria."

If tots are putting lots of different toys in their mouth that have been touched by many others, they could pick up infections. So while parents often associate fevers with teething, it's not actually a symptom of teething but of another illness. It's not that we need to disinfect everything in their environment, but it’s something to be aware of.

Philippa says pulling ears, drooling and pain are all directly associated indicators to look for.

Listen to Philippa on Kinderling Conversation:

When can we see teeth coming through?

Some children are born with toothy-pegs or get them in the first few months of their life. Others don’t get them until they're 18 months, so there’s a huge variation.

"It's not one size fits all. Every single child is developing at a different rate," says Philippa.

Teething hurts! How can I make my child comfortable?

Give extra comfort to your child during painful periods; extra cuddles, quiet time, and book reading.

Don’t give them frozen rings, keep them in the refrigerator instead or even just give them a cold washer for their gums.

Giving them a toothbrush to chew is great; they can have a really good chomp on it (but you want to actually clean the teeth with another brush).

"I would advise all parents to have two toothbrushes, the one they use to brush their teeth that [the parents] hold in their hand, and the one the child has to mess around with," Philippa suggests.

To sterilise toothbrushes, use a solution you use for sterilising milk bottles. Soak overnight, so it kills any germs.

"They really like you rubbing their gums, so just [that] is often enough to help them through a difficult period," Philippa says.

"One of the biggest concerns [about teething biscuits] is what's in them, because it'ss a processed type food and they can have a sugar component" she says. "They are around the mouth for a very long period of time so the longer something is in the mouth, the more chance the bacteria can actually use whatever is in it."

"Giving kids things like carrot or celery sticks, is probably something they can enjoy just as much." Partially cooked apple is another natural option that doesn’t break off in fragments.

Before the eruption of a tooth it's quite common to have an eruption cyst.

"You can get an area overlying the tooth before it comes through that's a purplish blue colour and that's usually a painless cyst, a fluid-filled bag basically, that’s over the top of the tooth," Philippa explains. "When the tooth erupts, that bag bursts and all that fluid is lost. It's generally painless… we rarely have to treat them with anything."

"It scares a lot of people and it can look at bit angry and frightening but it is something we see quite frequently."

Should we visit the dentist straight away?

The recommendation from the Australian Dentist Association is to make an appointment with a dentist by the child's first birthday. That way, if there are no teeth by then it’s a perfect time to discuss any worries with a professional. If they've got a tooth at six months, then they probably need to see a dental professional a bit earlier.

"Yearly visits at that age and stage is a good idea to get an instalment of what's going to happen in the next 12 months and the dentist is then able to keep an eye on the growth and development of the child," Philippa says. "It's an opportunity at that age to avoid decay in children in that second year of life."